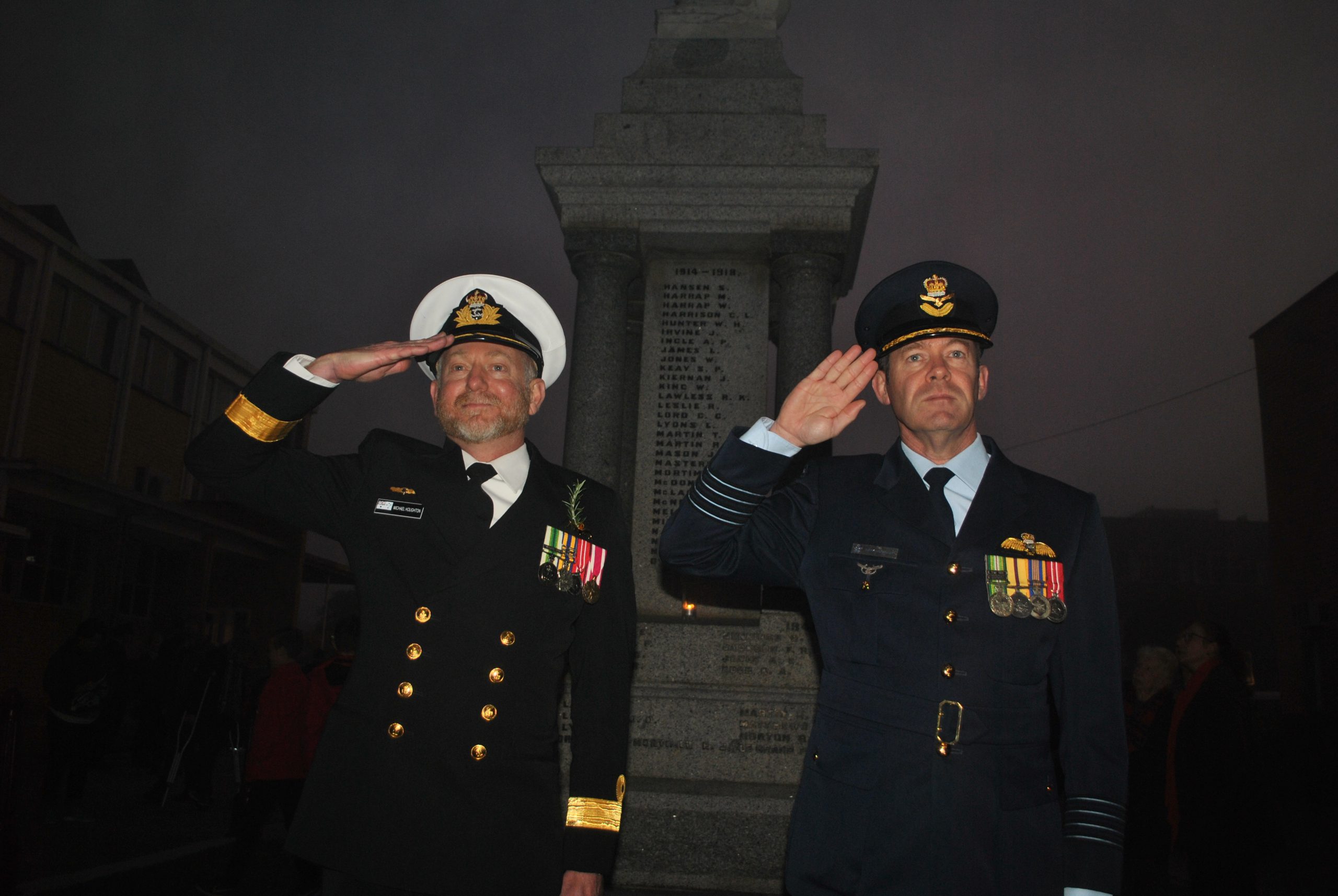 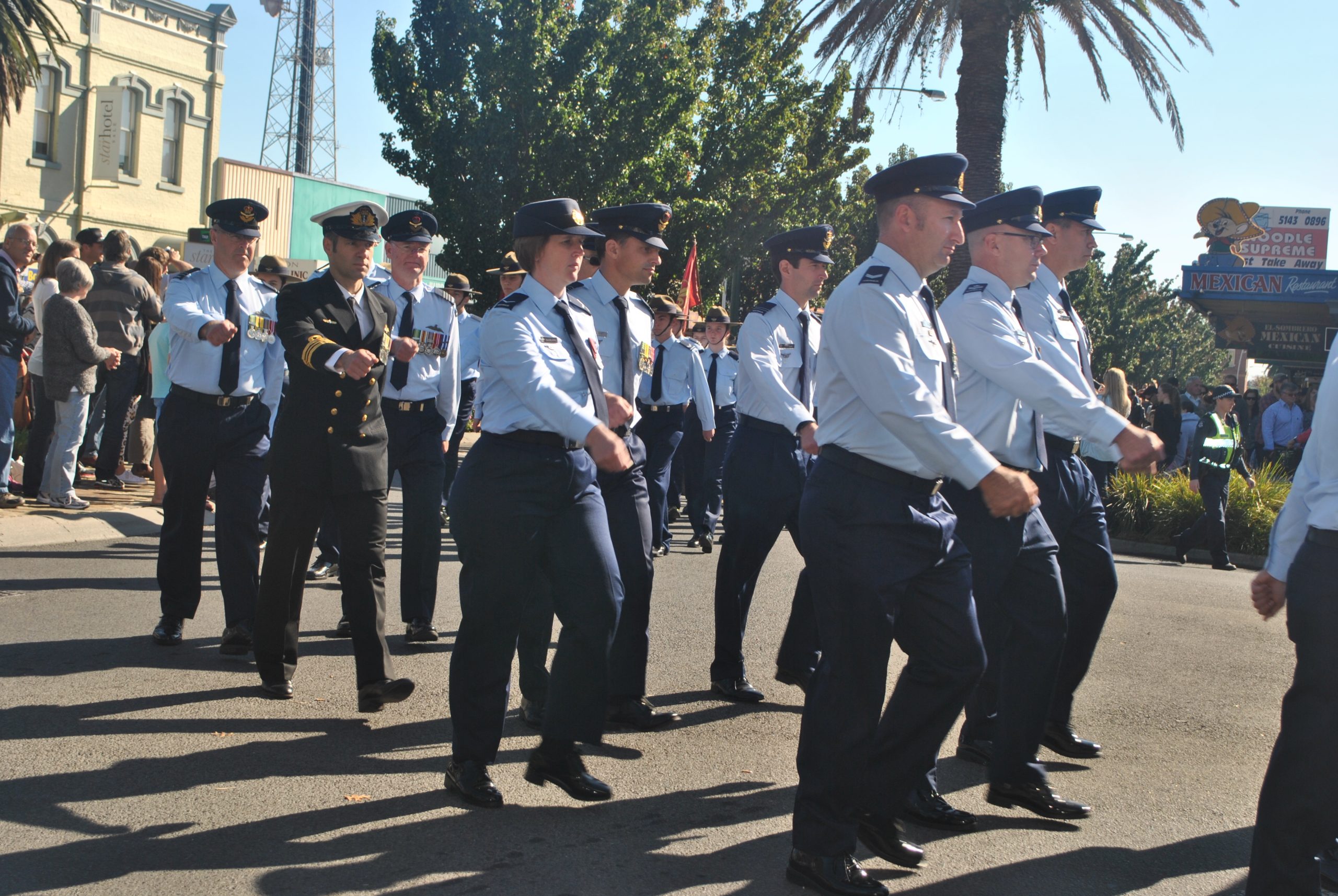 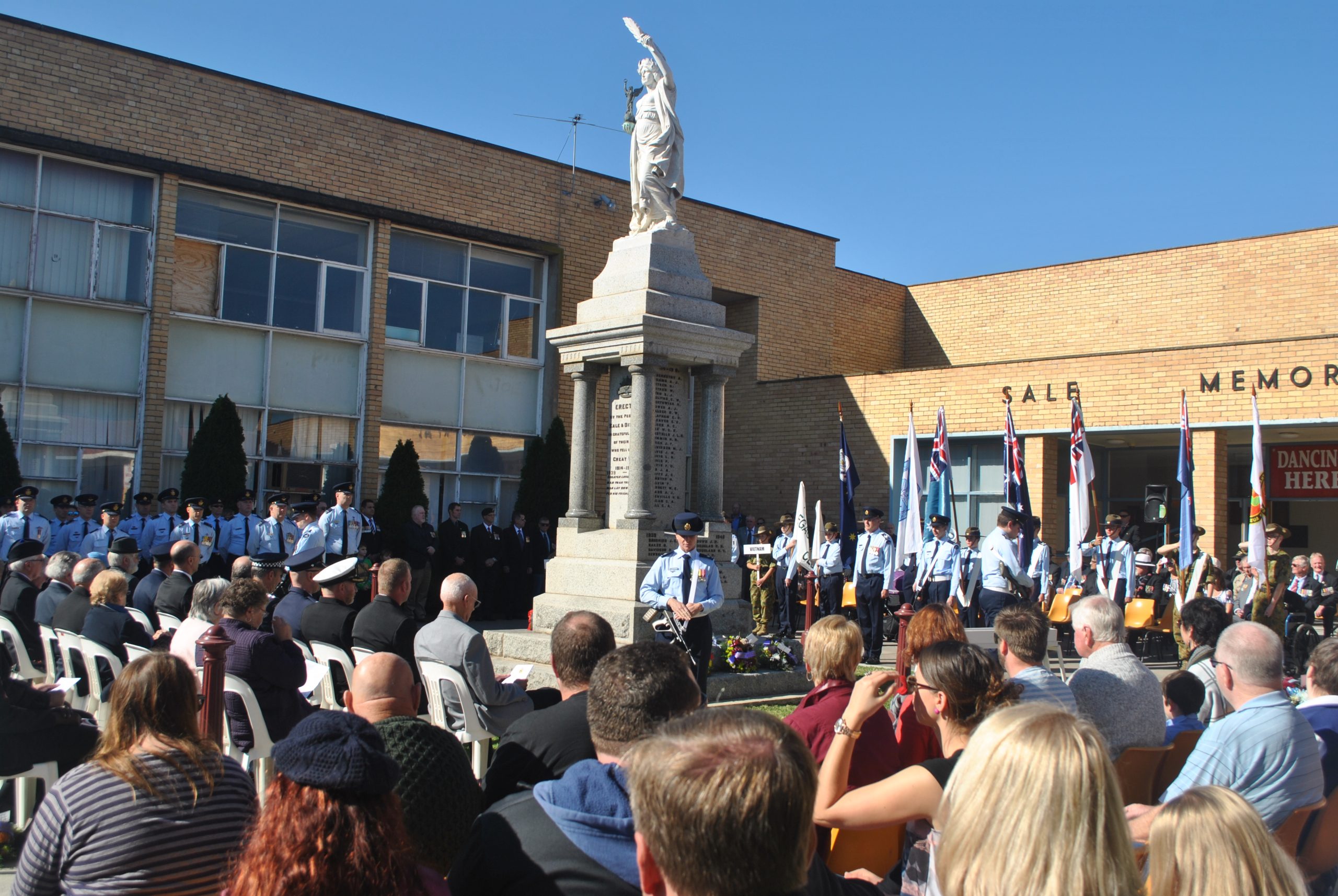 RED poppies were placed around the Sale Cenotaph on Monday morning to remember and pay tribute to the fallen.

People gathered in chilly conditions for the Anzac Day dawn service to honour those who fought and died at war, as well as those still serving today.

This year marked 101 years since the landing of Anzac troops in Gallipoli.

Representatives from RAAF Base East Sale spoke reverently about the soldiers who sacrificed their tomorrow, so we could have today.

They said those who enlisted were ordinary people who did extraordinary things.

As the sun began to rise, Tom Cousin from the Sale City Band performed The Last Post on the bugle, followed by Reveille.

A parade down Raymond and Macalister Sts commenced mid morning, with descendants of World War 1 and 2 veterans invited to carry photos of their loved ones, followed by a commemorative service at the cenotaph.

Gippsland South MLA Danny O’Brien said Anzac Day was a day to remember those who gave their lives, those who returned home from war ill or maimed and those who have lived with the terrible memories of their war experiences.

“Anzac Day goes beyond the anniversary of the landing on Gallipoli in 1915,” he said.

“It is the day we remember Australians who served and died in all wars, conflicts and peacekeeping operations.

“It was during this First World War campaign that the spirit of Anzac, with its qualities of courage, mateship and sacrifice, was born.

“It is with pride that I say that the same Anzac spirit is alive today.”

Gippsland MHR Darren Chester said on Anzac Day, people paused to remember all Australians who answered the call to defend our nation and our freedom.

Mr Chester said almost a million men and women had served this country, more than 100,000 had given their lives and many more had been wounded.

“Anzac Day is an important moment when we can acknowledge the pain and suffering endured on our behalf and for future generations; and the sacrifice made by their families,” he said.

The Veterans and Veterans Families Counselling Service, 1800 011 046, provides 24/7 free and confidential counselling and support to veterans and their families for war and service related mental health and wellbeing conditions.

Veterans, their families and health care professionals can also visit at-ease.dva.gov.au for information about support available and online self-help tools.

The Gippsland Times went to press as Anzac Day services were held across the shire. A range of photographs from these services will be featured in Friday’s paper.