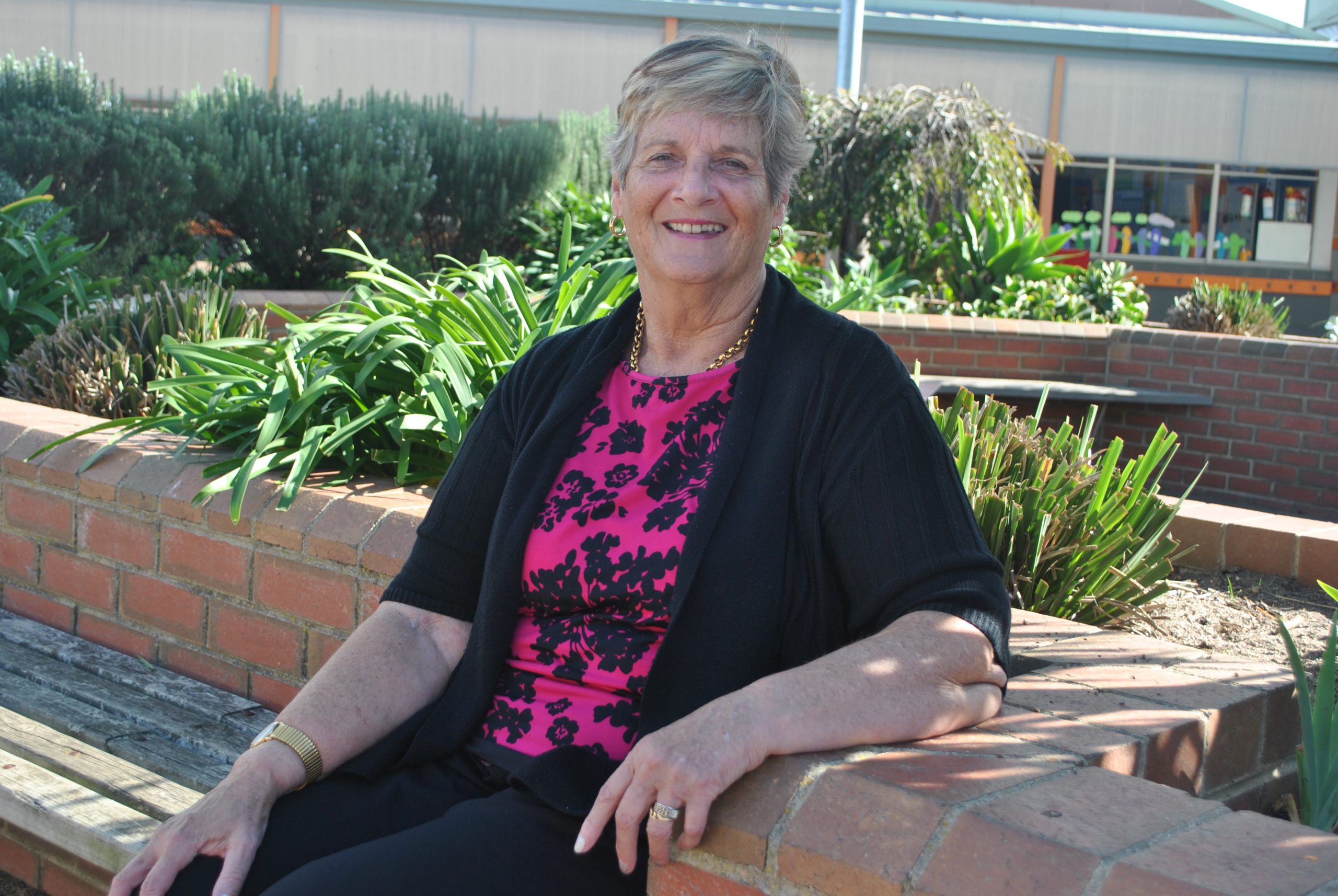 AFTER 50 years in the education industry, Sale teacher Kaylene Wheeler has retired.

Many of her former students would remember her as the full-of-life music and drama teacher at St Thomas’ Primary School.

She led students to many victories at local eisteddfods and no St Thomas’ family could forget the end of year concerts she worked so hard to organise.

One year she even had students learn the words to I’ve Been Everywhere, a challenging yet rewarding feat for the singers and proud teacher.

This year, Kaylene celebrated 50 years in education, and sadly, announced she was leaving at the end of term one.

She has received countless letters and cards from students, parents, friends and colleagues thanking her for her hard work over the years and wishing her the best of luck in future endeavours.

Some read “You have been the best teacher ever”, “Thank you for being such a wonderful part of my children’s school life”, “You have inspired me to do anything” and “Congratulations on an amazing career”.

Many of the heartfelt letters brought Kaylene to tears.

In making her decision to retire, she said “I’ve seen everything I wanted to see”.

Following her mother’s wise words, Kaylene applied to the Melbourne Teachers’ College and got an interview.

Everything was going to plan, or so she thought.

“Unbeknownst to me, my mum and dad and the parish priest here, Father White, were plotting,” she said.

“They squashed my application and Fr White told me I could train on the job here in Sale.

“My mum and dad were so thrilled that I wasn’t going away.”

At the age of 17, she started working at St Mary’s Primary School, Sale, where she remained for three years.

In 1976, she began teaching at St Thomas’ Primary School, Sale.

She has taught many local children, some who went on to become her colleagues.

She said when a familiar face walked into the staff room it often triggered priceless memories.

“I think the funniest part was when Kevin (Greenwood), who I taught in grade three, became my boss,” she said.

“I’ve known him for a long time so it wasn’t a problem, in fact, I was just really proud that someone I had actually taught was now my boss and really doing a great job.”

Kaylene said Kevin’s mother had held onto all his school reports, and when he was thumbing through them one day, he noticed one teacher had tarnished his pristine record.

“So he went back and had a look and in grade two, a sister had given him all 10s, and he said ‘you’re supposed to improve as you get older’.

“Well, when he came into my grade in grade three he got eight, eight and a half and nines.

“And he said to me ‘is this your handwriting?’ and sure enough it was. I couldn’t believe it,” she laughed.

Some of Kaylene’s fondest memories at St Thomas’ revolve around drama and music.

Quite the skilled piano and guitar player herself, Kaylene started music teaching in the 1980s.

“There were other people doing it, and I was doing drama mostly, drama and classroom teaching,” she said.

Kaylene said she often used music and drama as part of her teaching, something she had overheard former teacher Darren McCubbin doing with his classes.

“I was teaching at John XXIII and I was back to back on a classroom with Darren and I gave up in the end.

“I said ‘listen kids, just sit there and listen to him’.

“Here we were, trying to do quiet written work,” she laughed.

“He’s so loud and he’s so dramatic and he was teaching maths and I thought, ‘oh my God, I wish you taught me maths, I would probably understand it’.

Continuing the music theme, Kaylene said she often noticed a lot of kids alone in the playground and thought to herself, ‘what if I started a choir’.

“They just looked forward to it so much each week,” she said.

“You’d be bowled over at the door trying to get in.

“We sang such a mixture of songs, nothing that is really popular at the moment, but a lot of different genres of songs for older people because we went to the nursing homes.

“My mum was up there (at Ashleigh House) for years and the kids used to always say good morning or good afternoon nanna.”

Last year when Kaylene’s mother died, the students sang at her funeral, something she will always treasure.

“I think I’m really proud of myself for continuing and really pushing the arts curriculum here at school because I believe that maths and English and sport and everything, they’re all very important, but if you want to open your mind to the creative life, which is out there all around us, you really need to be touching those music, dance and drama and exploring your inner self and others,” she said.

Kaylene said she would miss the staff and students immensely, but said she was incredibly grateful for the many things she had been a part of.

“I’ve been really lucky,” she said.

“I always say to the kids when I’m talking to them, make sure you follow the right path, you’re a St Thommies kid and that means something special.”