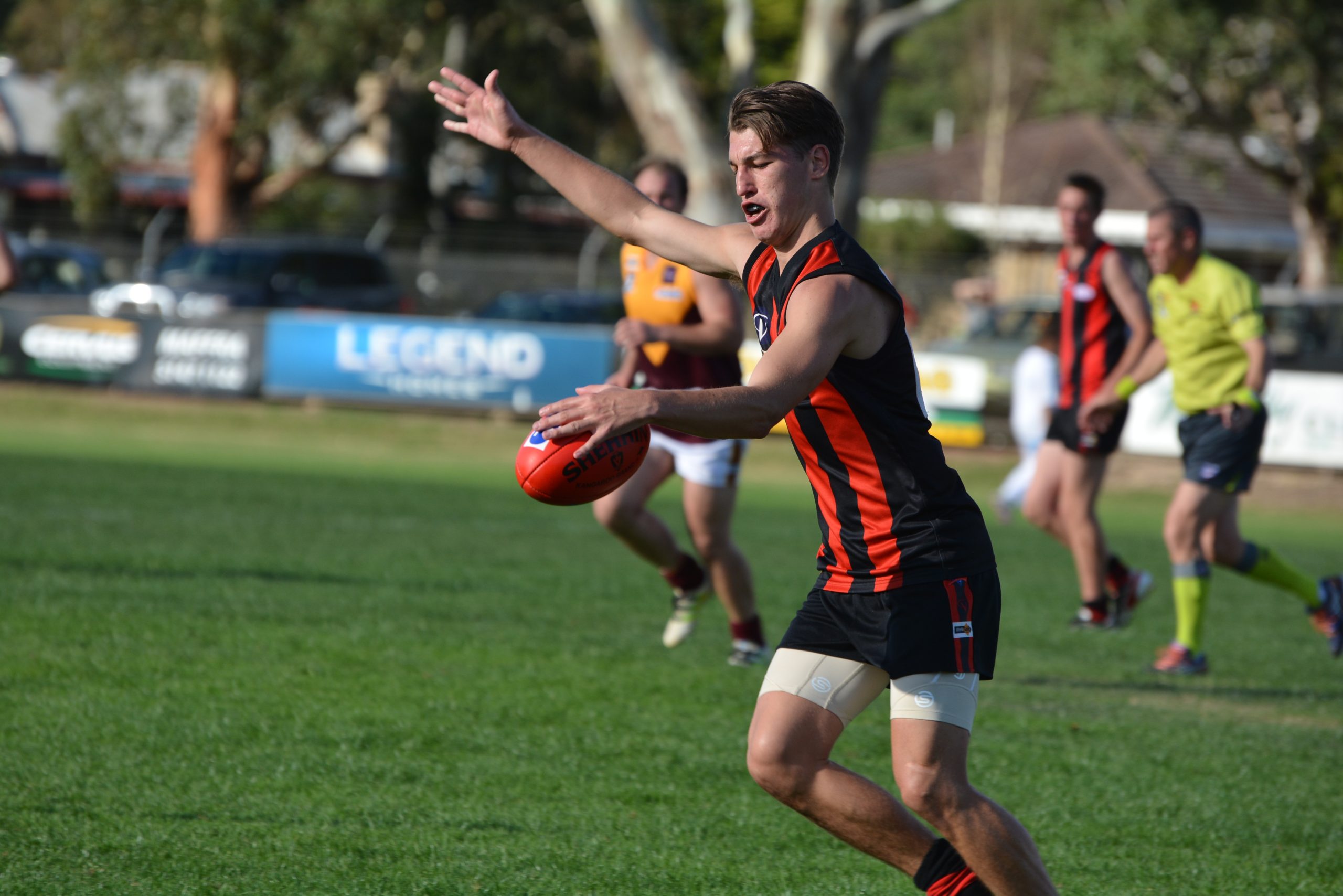 MAFFRA overcame a poor start to defeat Drouin by 44 points and return to third place on the Gippsland League football ladder.

The absence of key players Sam Pleming, Trent Knobel, Brent Connelly and Jarryd Clohesy was telling early, with the younger players taking time to respond to the Hawks’ challenge.

Compounding the Eagles’ injury woes was Daniel Bedggood leaving the field after a clash late in the second term. Bedggood tested his injured leg on the sidelines at the beginning of the second half, but didn’t return to action.

Bedggood was beginning to look dangerous, having kicked two goals.

Mitch Bennett and Andrew Petrou filled the void in the forward line, finishing with five and three goals respectively.

Lachlan Channing and Danny Butcher helped give the Eagles the edge in the midfield, with Jackson Scott and Dan O’Brien providing a solid link between midfield and attack.

Even while under attack in the first half, James Huts and James Read held the Maffra defence together. In the second half, they helped keep the Drouin forwards at bay.

In conditions ideal for footy, the Hawks in the first half enjoyed the space afforded to them by the Eagles’ lack of pressure on the ball carrier. This was exposing the home defence as the Hawks booted six goals to five.

When the Eagles received the ball, they didn’t kick it long often enough.

The Eagles found the right gear in the third term, getting the better of the centre clearances and kicking four unanswered goals to head into the final term leading by 19 points.

The Eagles had more run and were chasing their opponents with more intensity.

There is certainly room for improvement for Maffra. As shown the previous week at Leongatha, a four-quarter performance is required against the league’s top sides.