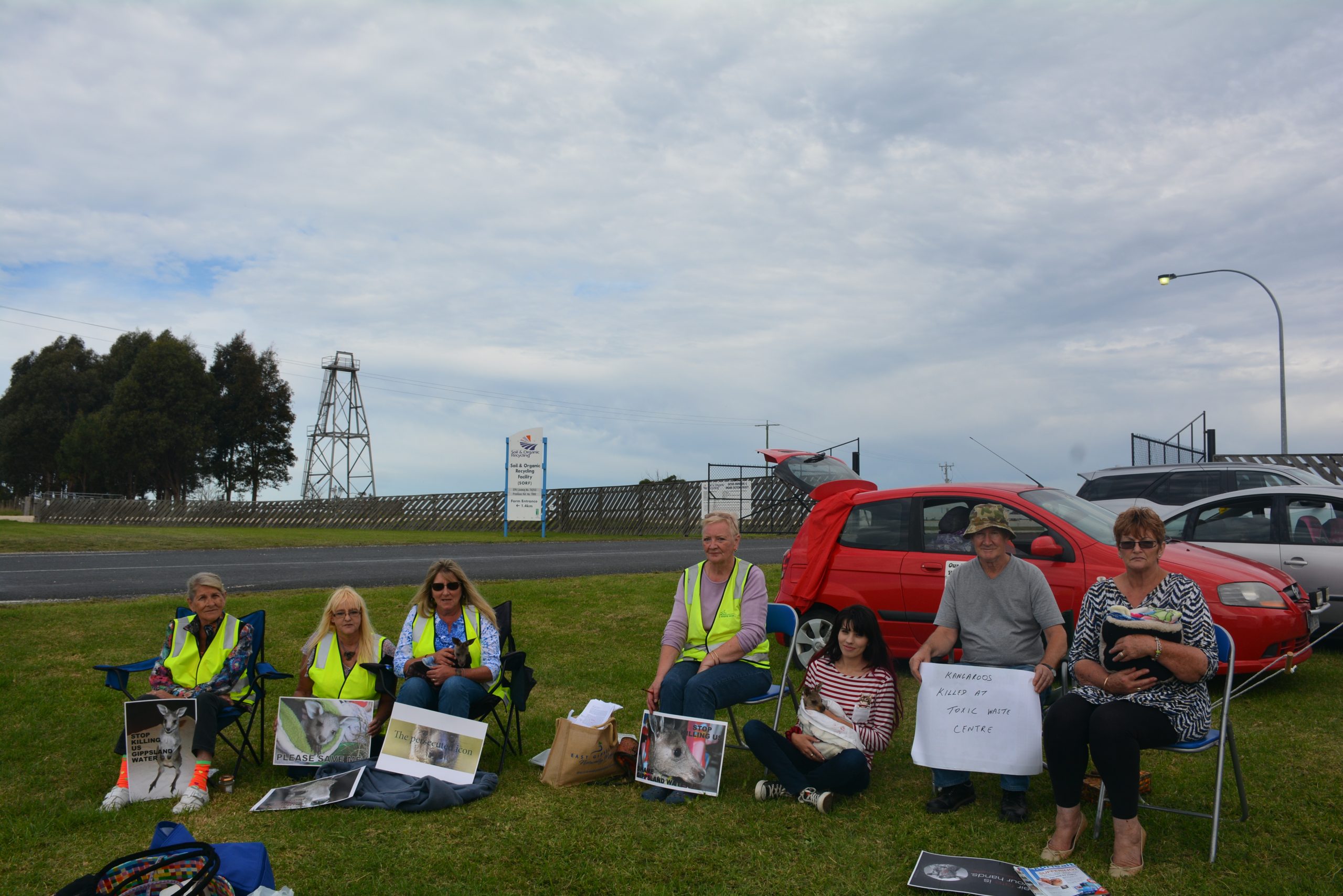 GIPPSLAND Water’s Dutson Downs facility was picketed by wildlife rescuers last week, who allege that too many kangaroos were being shot as part of an environmental management program.

Representatives from the Our Haven Wildlife Shelter in Golden Beach said that it had found discrepancies between Gippsland Water’s kangaroo management plan and research on kangaroo numbers and behaviour.

The management plan was put together by experts in environmental science and ecology, and is aimed at preventing damage from kangaroos to native plant life, fencing infrastructure, and cattle grazing land.

However, the protestors allege the numbers counted do not follow typical kangaroo patterns, and the behaviours and feeding habits described were exaggerated.

They also claimed more than 250 kangaroos will be culled, which they believe is more than is necessary, and there was a conflict of interest, claiming the person employed to count the kangaroos also has to repair fences, and was paid to cull them.

In a statement, the company said that it implements a range of activities to reduce the impact from kangaroos including electric fencing, high fences, scare guns, management of water points, the placement of crop and pasture and limited lethal measures.

A permit from the Department of Environment, Land, Water and Planning to manage the kangaroo population on Dutson Downs will enable an accredited professional contractor to undertake some of the activities.

“Gippsland Water appreciates that this is an emotive topic for some people. However the kangaroo population has caused a long term management issue at the property,” Gippsland Water’s statement said.

“Any activities carried out under our kangaroo management plan will be done by professional and accredited contractors.”

The wildlife carers said the methods used to count the kangaroos to justify the cull were unreliable.

Gippsland Water, in response, said that the counts had been completed by professionals, using spotlights and transect lines.

The wildlife rescuers also have concerns regarding the disposal of carcasses.

Kanga Watch president Cienwen Hickey said the objective of the picket was to stop the cull, and get Gippsland Water’s management plan reviewed by an independent body. Kanga Watch is an organisation dedicated to stopping all kangaroo culls.

Gippsland Water, in its statement, said that its kangaroo management program complied with all relevant legislation and codes of practice.