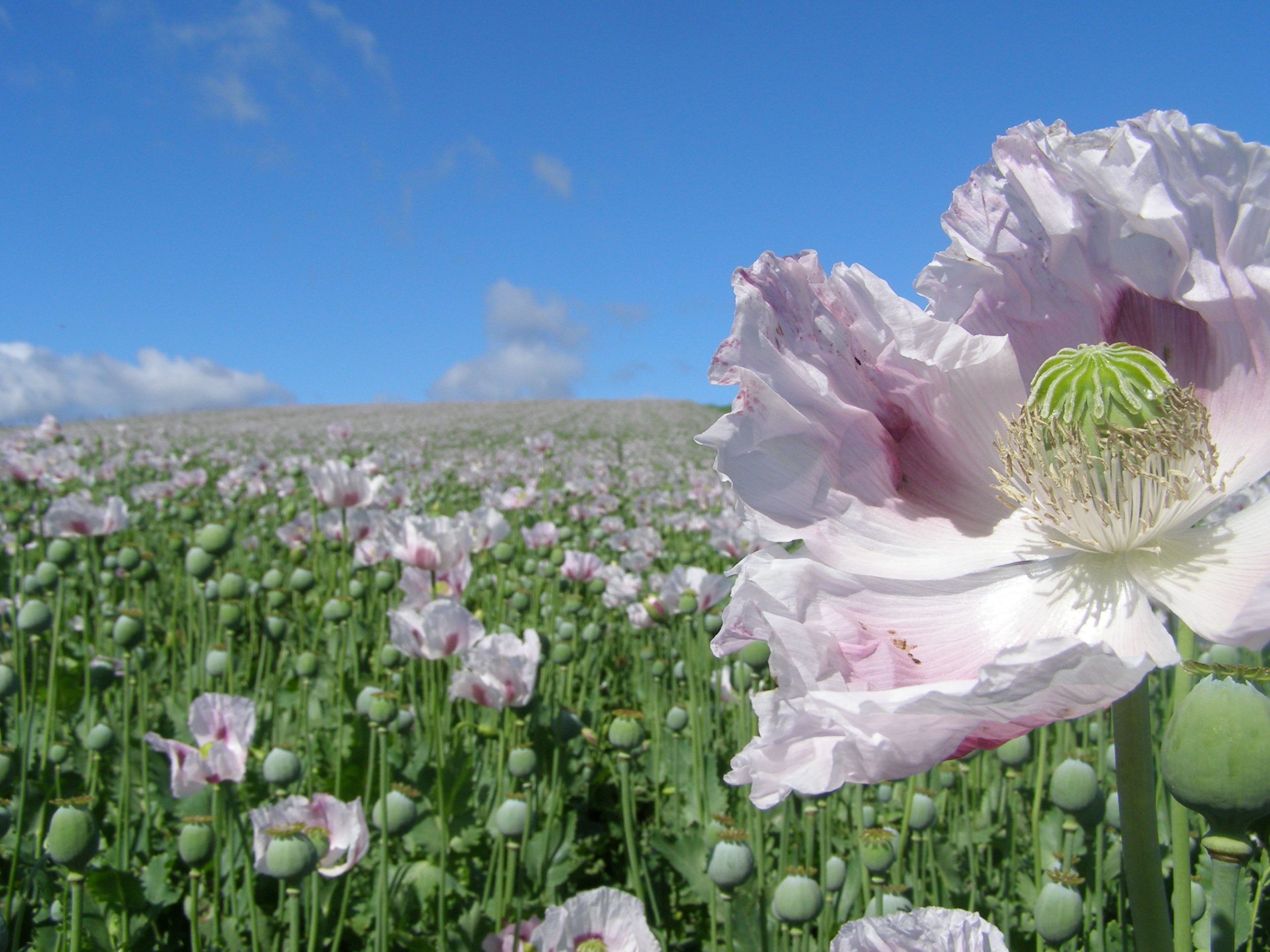 A HANDFUL of Gippsland farmers are testing the waters, growing opium poppies for the first time.

Its managing director, Jarrod Ritchie, said first year results in the Gippsland region had been particularly pleasing, along with those in Ballarat and Warrnambool areas.

While Mr Ritchie was unwilling to say how many hectares had been under cultivation in Gippsland in the just completed growing season, citing commercial confidentiality, he hoped the area under cultivation would eventually grow to between 500 and 600 hectares.

TPI Enterprises has also relocated its processing facility from Tasmania to Melbourne, as it increases its focus on growing in Victoria.

The end product at the Melbourne facility is a white powder, a narcotic raw material which is exported to the United States and Britain for use in the manufacture of pain relief medications such as morphine and codeine.

A by-product is poppy seeds which are sold on the culinary market.

Mr Ritchie said he was confident of a bright future for the medicinal opiates, saying three quarters of the world’s population did not have access to these pain relief products.

He said it would be a significant, growing market.

She said she understood trials in western Victoria were hit by drought last season, and this year TPI had turned its attention to Gippsland to help dilute those weather risks.

“Agribusiness Gippsland knows of at least two very major landowners in central and east Gippsland who have acquired poppy licences,” she said.

Ms Webster said poppy growing was a highly regulated crop and the state government had this year instituted the regulatory framework.

“Tasmania is the long-established poppy-producing state,” she said.

“Now Victoria, along with South Australia and the Northern Territory, are among the other states seeking to have a part in the industry.

“There’s very good reason to do so.

“Tasmania produces between 40 and 50 per cent of the world’s legal medicinal poppies mainly for pain relief.

“Specifically, Tasmania produces around 90 per cent of global supplies of thebaine, one of the strongest poppy-derived opiates.

“Such market dominance of such a high-value crop … Gippsland welcomes this opportunity.”

Mr Ritchie said poppy planting in this area took place in August and no later than early September, with harvesting in January-February.

He said poppies were ideally grown under irrigation, which, in Gippsland, was supplemented by rainfall.

One of the advantages for irrigators was that irrigation stopped in November to December when temperatures were hotter, to allow the capsule to ripen.

This meant poppy growing used only about 2.5 megalitres per hectare in total.

Mr Ritchie said poppy growing did not represent “a silver bullet” for farmers, but it could be a good rotational crop every three to four years and was a good crop for farmers looking to diversify.

Properties where poppy growing was currently taking place included horticultural and cropping land, and dairy properties on parts of those farms which had fallow areas which could be utilised for poppy growing.

Mr Ritchie said farmers typically planted a smaller area in their first year, and as they grew in confidence and saw pleasing results, grew more in subsequent years.

“They know what they’re going to get paid per tonne, whereas there can be fluctuations in dairy prices,” Mr Ritchie said.

“They see that as a benefit, and another option.”

He said farmers were contracted to plant a certain number of hectares to poppies and were supported field officers who offered advice and support.

Mr Ritchie said TPI had also leased an area for a demonstration crop.

A company representative will be speaking about poppy growing at the Agribusiness Gippsland Conference on July 28.

The conference will take place from 9am to 4.30pm, with free networking cocktails to follow.

For more information about the conference or to book, visit the website www.eventbrite.com.au/e/agribusiness-gippsland-2016-roundtable-technology-change-future-tickets-20887163067