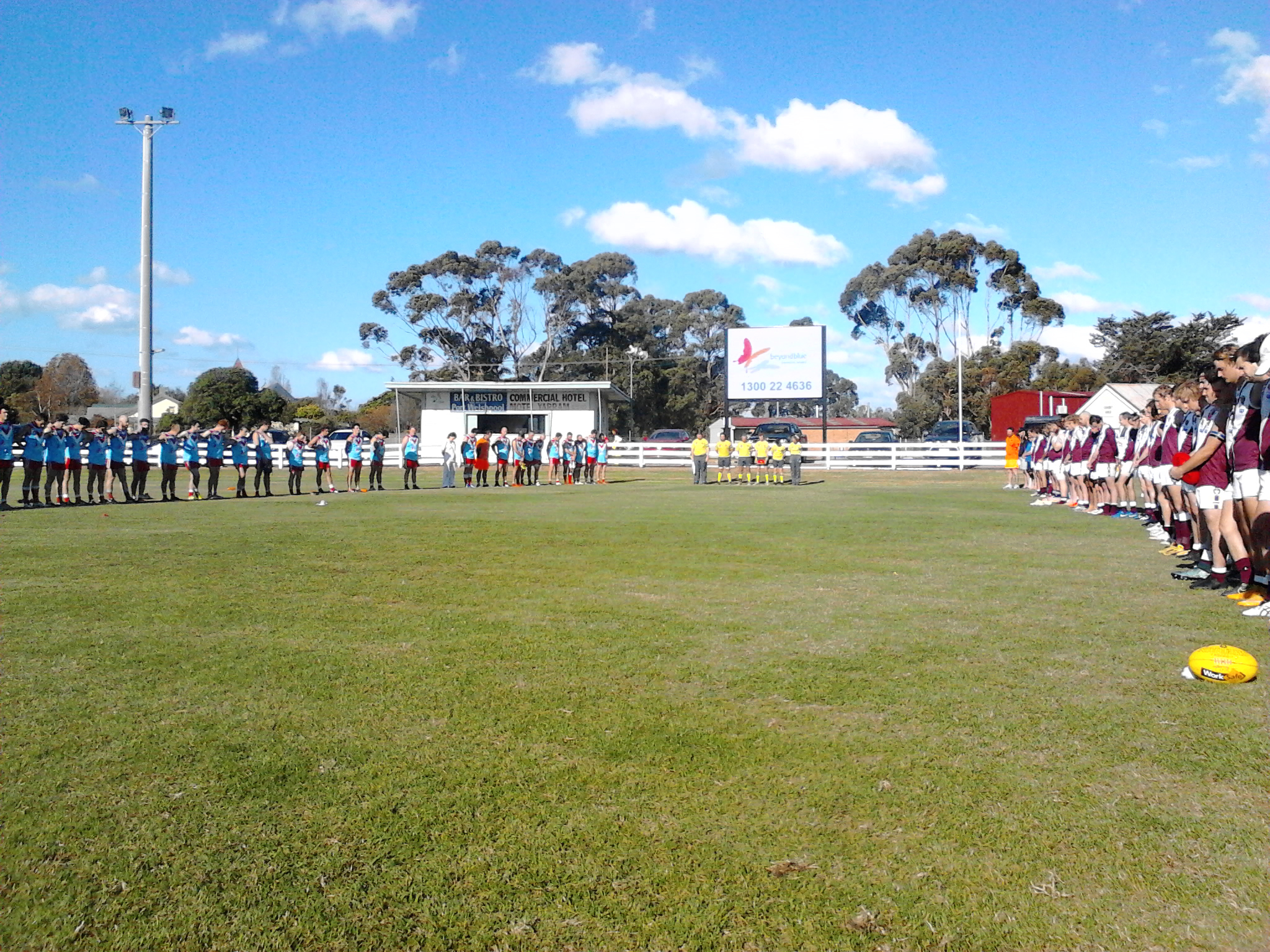 THE North Gippsland football top five looks different after round seven, with Woodside and Churchill moving up to second and third places respectively following hard fought wins on Saturday.

Yarram slipped from second to fifth, while Rosedale fell from third to fourth.

Meanwhile, undefeated Sale City continues its dominance at the top of the ladder, after defeating reigning premier Rosedale.

The Bulldogs gained the ascendency in the first quarter, kicking six goals to three, but the home side fought back in the second.

The third quarter was a low scoring affair, but five goals in the final term saw the Bulldogs claim victory.

WOODSIDE bounced back from the previous week’s thumping with a hard fought win over Glengarry at home.

There were some good signs for the re-building Magpies who are consistently showing they can kick decent scores, but it wasn’t enough to defeat Woodside who persisted all day for a well-earned victory, 16.15 (111) to 13.7 (85).

The match raised awareness of depression and suicide, and funds for charity beyondblue.

In a close first half, neither team gained the ascendency. Some impatience in front of goal and inaccurate kicking from Yarram cost it dearly in the second term.

Churchill got out to a break in the third quarter and was never challenged from there on, winning by a comfortable 38 points.

AN 81-point win over Gormandale kept Heyfield just out of the top five on percentage with four wins and three losses.

The Kangaroos led from the first break and never looked challenged.

The Saints are playing well and face some tough games in the coming rounds. Meanwhile for the Bombers, the woes continue.