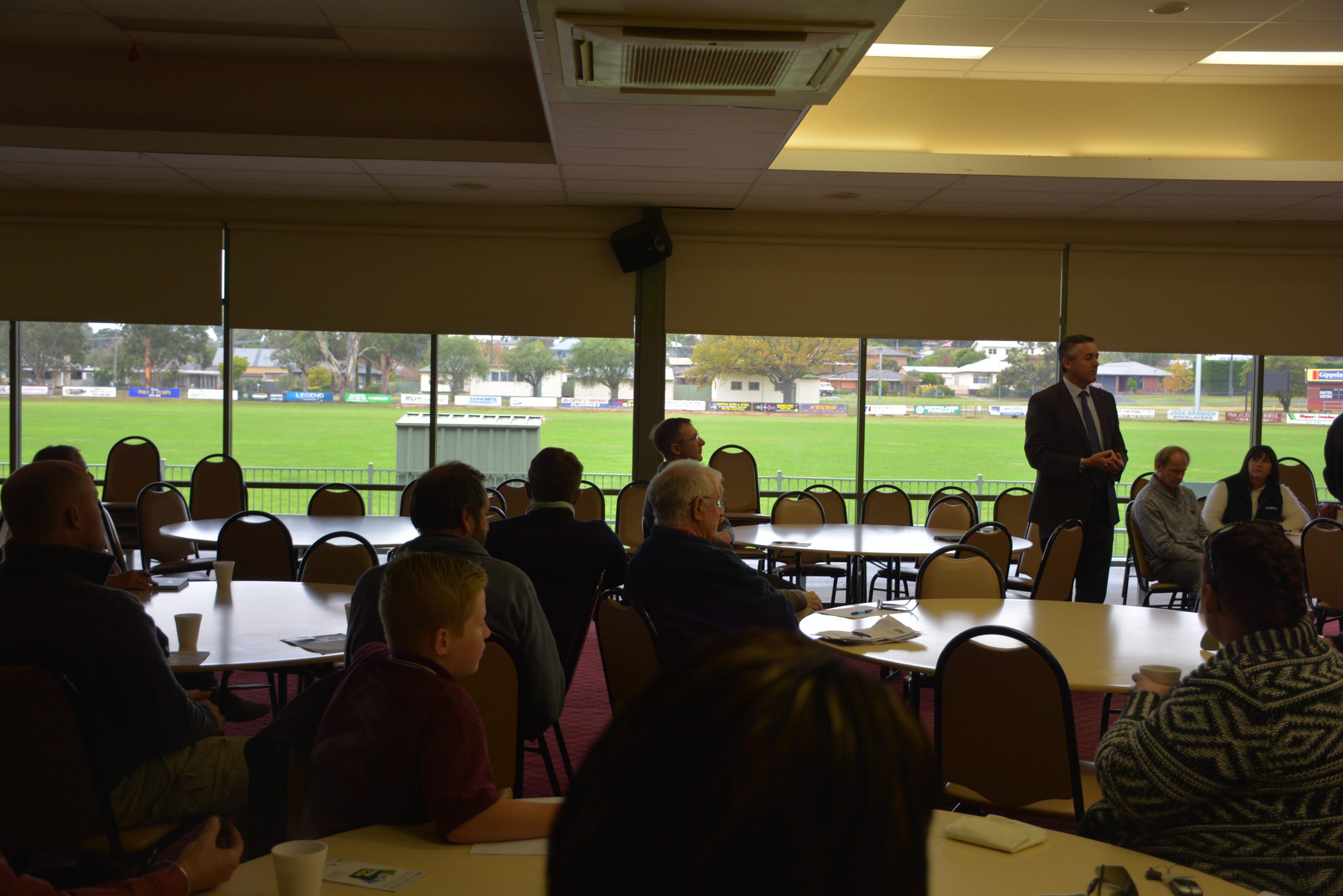 DAIRY farmers attended a forum in Maffra on Thursday to discuss the government’s assistance package and other concerns with Gippsland MHR Darren Chester.

About 40 farmers, consultants, financial counsellors and bankers were able to hear from each other about specific problems they’re all facing.

The most important message was that the opening price of milk was the most crucial piece of information farmers were waiting for, with many having to wait until it was confirmed before restructuring their businesses.

Representatives from Southern Rural Water explained the impact of the $20 million in promised funding for Macalister Irrigation District upgrades, which they said would save 10 gigalitres of water.

Issues discussed included employee retention, confusion over the application process for concessional loans and other allowances, and understanding both the criteria for, and the interests conditions around, the concessional loans the government announced last week.

Interest subsidies for the loans, as well as the potential effect on farmers’ relationships with their banks, were discussed.

Mr Chester acted as a balanced mediator, allowing questions and responses, and promised to take the concerns directly to the agriculture and social service ministers.

“The overwhelming message is that people recognise there’s some short term challenges, but they’re determined to work together,” he said.

One of Centrelink’s mobile service centres was outside to help farmers assess their eligibility for the farm household allowance, which was expanded last week.

Many of the farmers said they were worried about a skills drain if they had to cut labourers, who would leave to find jobs in other industries, and not return when the market recovered.

The supermarket milk price was also discussed, as was the imbalance between older farmers with more equity and younger farmers who were still attempting to build their farm businesses, who need more money for the technology required for modern automation.

Greens candidate Ian Onley also spoke, noting that the export market had issues and dairy farmers were unfairly exposed to the risks. He called for rationalisation in the industry.

Raelene Hanratty, a farmer from the MID, said consumer support was always appreciated.

“Buy what you can afford, eat as much as you can,” she said.

“With the consumer sentiment at the moment, that’s a wave we need to ride.”

She said that the industry’s focus on value-added products, such as the 8Bar ice coffee, would help strengthen the domestic market.

Both representatives from Rural Financial Counselling and the NAB said that for them, going to the farmers and understanding their situations on a case by case basis was the current priority.

Everyone the Gippsland Times spoke with at the meeting noted their concerns over the opening price for milk.

Mr Chester closed the meeting by asking that every person attending phoned five people when they got home, to make sure everyone was doing okay.

“Make sure you talk to each other during this process,” he said.