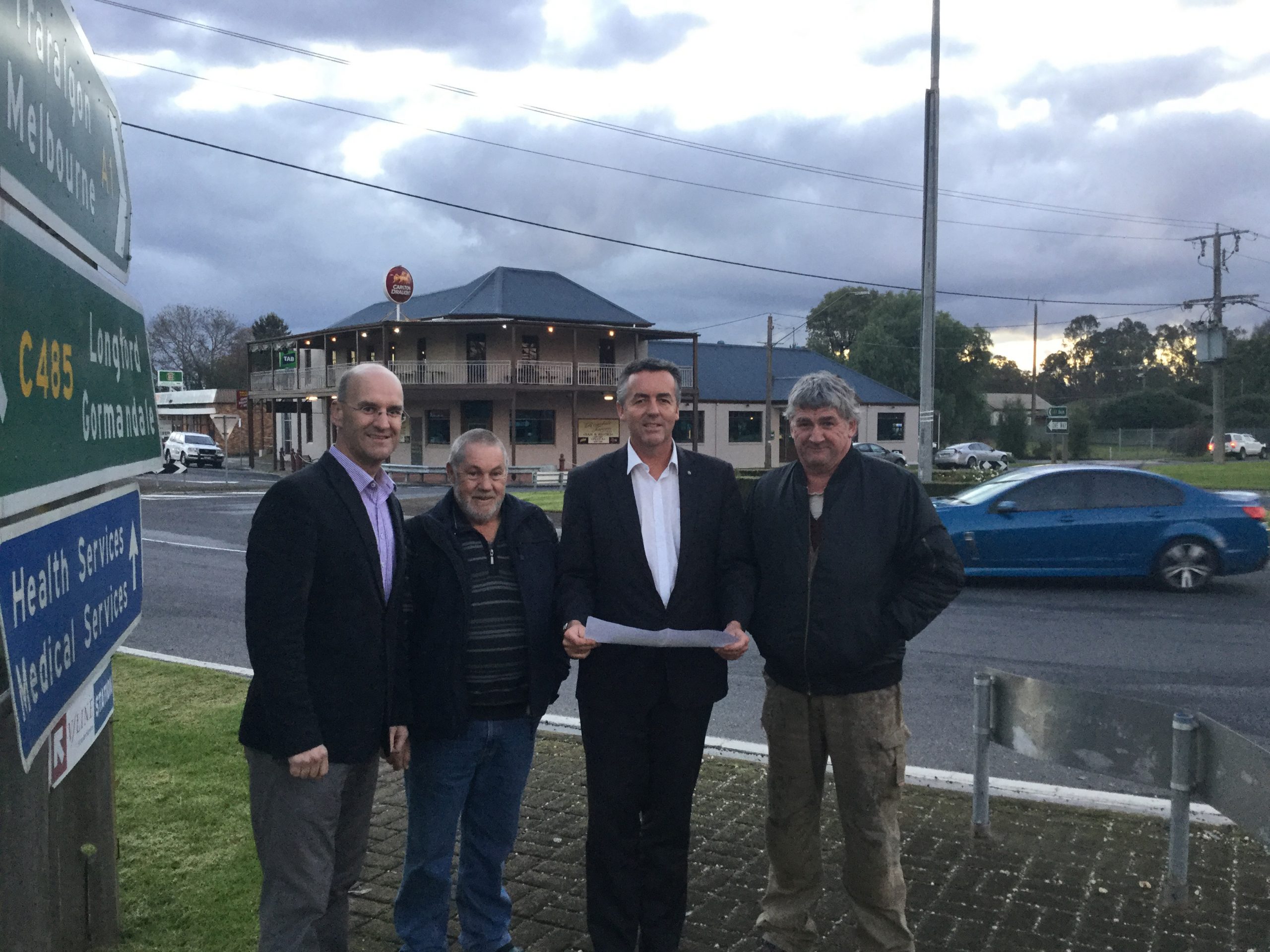 ROSEDALE notorious roundabout will be upgraded to allow heavy vehicles to safely negotiate after Gippsland MHR and Infrastructure Minister Darren Chester announced $1.05 million in funding for the project.

Mr Chester, the Minister for Infrastructure and Transport, said the upgrade would make it easier for heavy vehicles to negotiate the tight left-hand turn heading east.

He said the funding was part of a broader $5.65 million package to fund heavy vehicle safety upgrades across Gippsland.

“Every day there are 1300 heavy vehicles passing through Rosedale via the roundabout, including 185 B-Doubles.

“These vehicles are forced to drive across two lanes to make a left-hand turn when heading east on the highway, which presents challenges for the truck drivers and other motorists.

“Because of the current constraints, guard rails and nearby buildings have been damaged five times in the past two years.

“This funding will improve the design of the intersection to reduce delays, and further complement the Princes Highway east duplication works that are currently underway.”

Mr Chester said there would also be additional safety upgrades along the Princes Highway in Gippsland.

“The Coalition is also investing a combined $760,000 to support a $1.5 million upgrade of safety markers on the Princes Highway between Longwarry and the New South Wales border,” he said.

“These works will include reflector guideposts marking informal rest areas for trucks and high-standard signage at 27 formal heavy vehicle rest areas along the 420 kilometre section of highway.

“We are committed to working with the heavy vehicle industry and getting on with the job of providing safer and more productive freight network.

“There are flow-on safety benefits from these upgrades for all road users.”

Mr Chester said the projects were supported by the Victorian government and would begin next year.