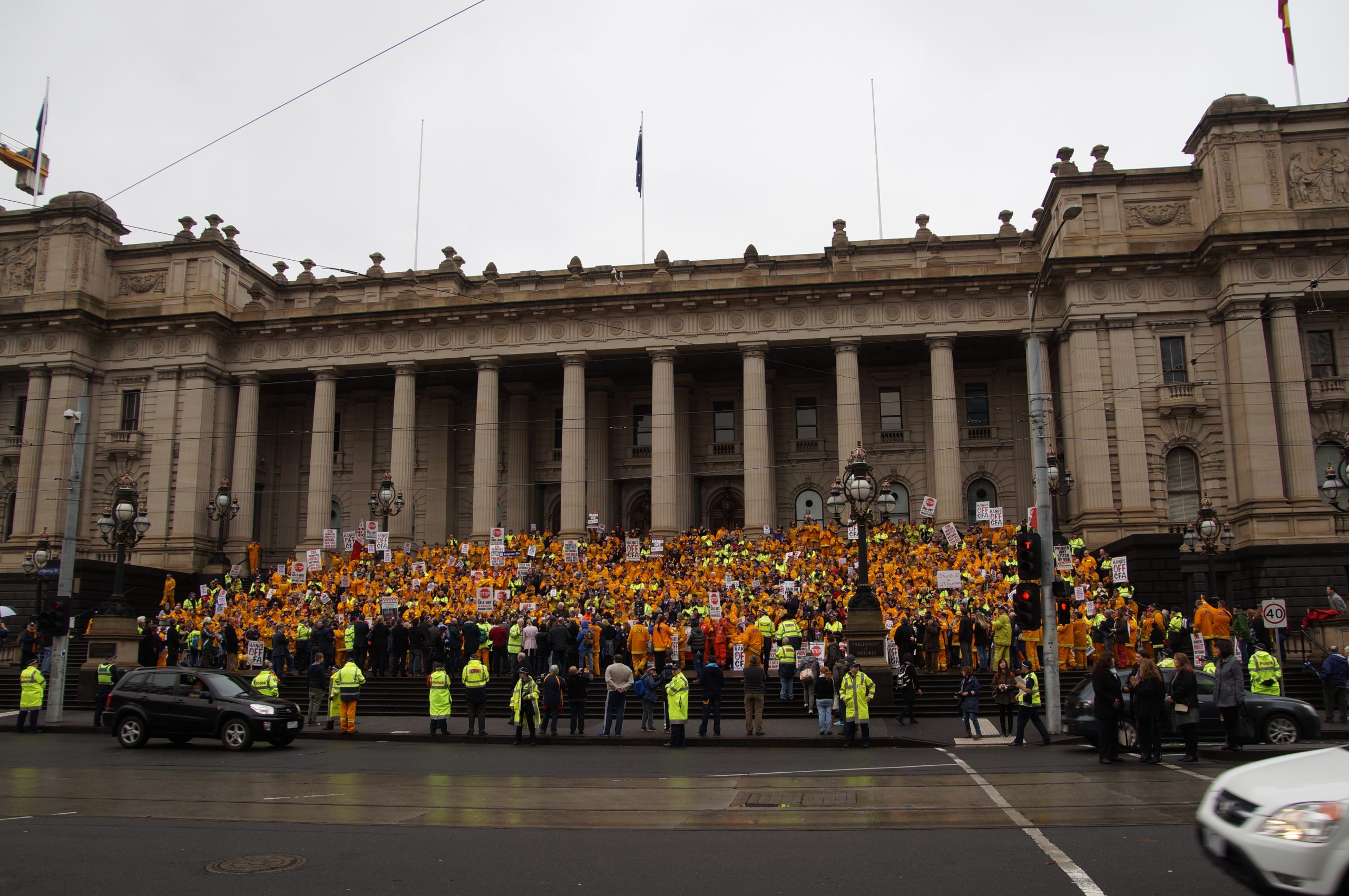 However, many of the volunteers are still uncomfortable with being a “political football”,  according to the CFA’s assistant chief officer for the south-eastern region, Trevor Owen.

“We should be apolitical; now we’re a bystander to a political debate,” he said.

“In a fashion, we’ve got a runaway train.”

Mr Owen said volunteers felt disenfranchised by the UFU’s agreement, claiming it could cause problems in the chain of command at incidents as well as senior leadership decisions, by undermining the CFA.

“It could impact anywhere our staff are deployed; it could be a long distance away,” he said.

“(The agreement) doesn’t respect that volunteers have skills as well.

“Many senior officers on the brigade have (commanded at incidents) for many years, and have the skills.”

The Victorian Equal Opportunity and Human Rights Commission also condemned the agreement, stating that women, parents, the disabled and the elderly could be discriminated against, as well as non-union members.

In a report on the CFA’s website, it noted that having to complete full time training to progress, as well as being “on-shift” full time, was discriminatory.

Having to be approved by the UFU to get part-time work was also seen as making the situation difficult for non-union members.

Premier Daniel Andrews has flown back early from a trip to the United States to continue talks with the union and the CFA, while Emergency Services minister Jane Garrett is reportedly considering leaving cabinet over the dispute.

The UFU is seeking more control over the organisation, as well as a pay increase and more power at emergencies.

One recommendation is having seven paid firefighters on the scene at incidents, and banning union members from taking orders from volunteers, except in major bushfires.

Mr Owen said while volunteers still felt discriminated against, the CFA was doing its best to respect both parties.

“We want good pay and conditions, but also to treat volunteers as equals,” he said.

A cabinet meeting will be held on Monday afternoon to debate the issue, which was after the Gippsland Times’ deadline.