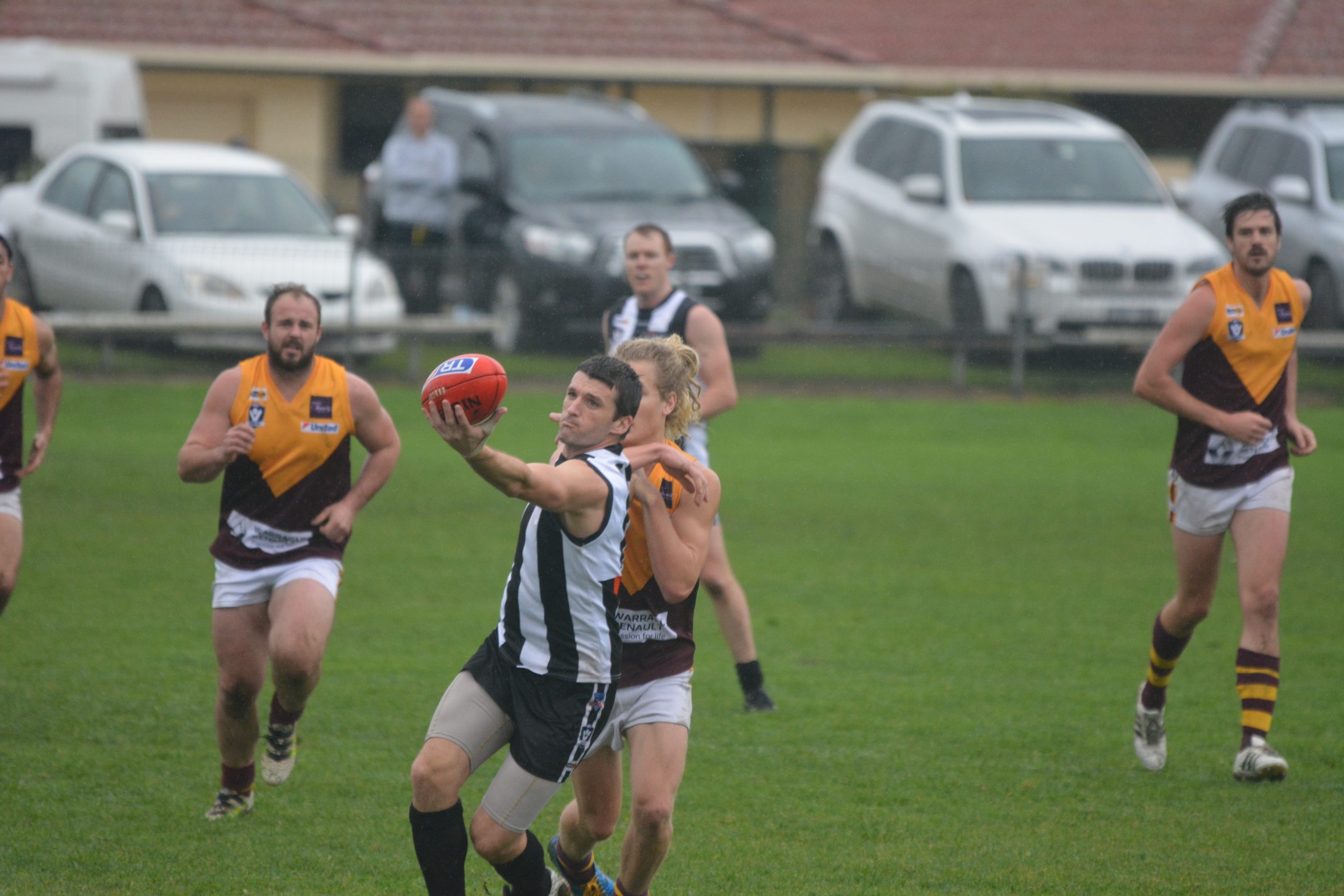 RELATED: Eagles come back to earth

DROUIN recorded its first win at Sale since 2011 on Saturday.

Against Bob McCallum, Sale ruckman Jack Lipman gave the Magpie crumbers plenty of opportunities with his strong work at the stoppages, but at ground level, the Hawks kept pushing forward. Daniel Nicholls and Todd Beck kicked five goals between them to finish the work of the Drouin onballers.

Chris Laverty played his usual consistent game for the Magpies in defence, while Jackson Glenane, who came into the side with experienced players on the sidelines, made the most of his opportunities, kicking two goals when majors were hard to score.

Jesse Collins was another of the lightly-built Magpies who worked hard for possessions in the greasy conditions. Coach Shane Fyfe, who went forward, also worked hard and tried to lift his inexperienced teammates.

Jamie Sweeney was another of the Magpies who worked hard to create opportunities for teammates.

Jordan Kingi, David Olsen, Liam Axford and Brad Virgona were best for the Hawks, who moved off the bottom of the ladder with the victory.

Both the Magpies and Hawks have won two matches each this season.