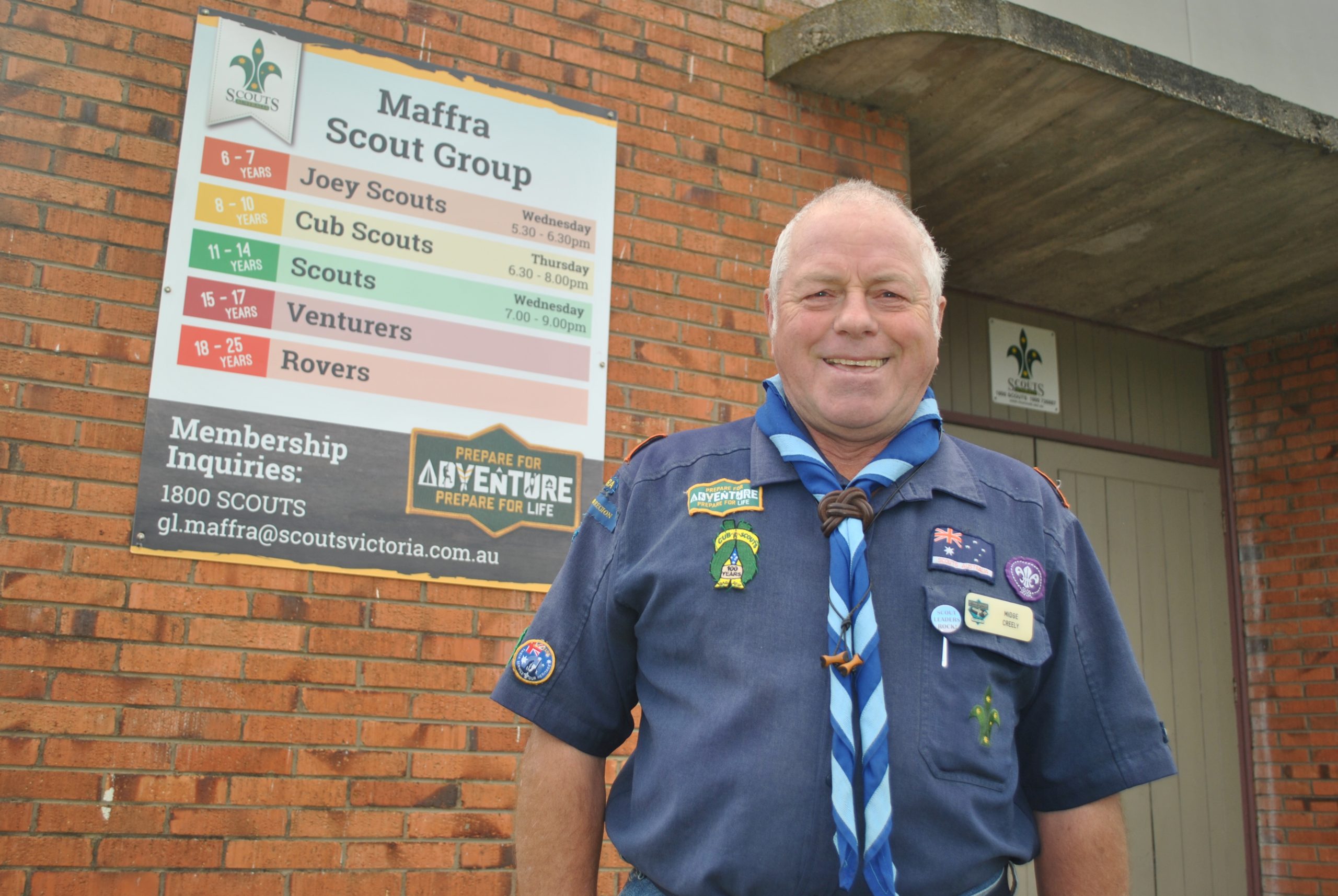 A CELEBRATION to commemorate 100 years of the Maffra Scout Group will be held next month.

The day will celebrate the many achievements of the group over the years, and a special presentation will be made to two Cubs progressing, or ‘linking up’, to Scouts.

There will also be a presentation of new section flags and an unveiling of a centenary plaque.

A range of photographs and memorabilia will be on display, and there will be a rope bridge and Zorb balls.

Centenary badges will be given to current members and will be available to buy.

The group ran a design competition last year for the badge, and the image selected was designed by Scout Nicholas Hinsley.

He said new toilets had been installed and the hall had been painted, with signs to be erected out the front.

He said money had been provided by the Scouts Australia to fix and update the facilities.

The First Maffra Scout Troop was formed in Maffra in July 1916 under leadership of S.M. Arnold and J Lutin and met in the Church of England Hall.

In the 1930s, the group acquired a building at the current site in Johnson St, which was formerly a blacksmiths’ shop.

In 1970, another group was formed, called Second Maffra, and both groups used the same hall but operated independently.

“In 1989, both the first and second groups were struggling with leadership so they amalgamated,” Mr Creely said.

He said the Scouts group taught children life skills in a fun and social environment.

“We teach them how to tie knots, use compass’ and find south by the stars,” he said.

Mr Creely said it was about teaching them skills and putting those skills into practice.

“We’ve got the ideal spot here with the hills in the back to go hiking, or do snow camps,” he said.

In January, the Scouts attended the Australian Jamboree in Sydney.

“They are held every three years and we try to get some Scouts to go along,” Mr Creely said.

“There are Scouts from all over the country, plus other parts of the world.”

Former members and the wider community are encouraged to attend the centenary event on July 16 from 10.30am until 4pm at the Maffra Scout Hall in Johnson St.

People with photographs or memorabilia they can loan for the event are asked to phone Mr Creely on 0419 869 114.