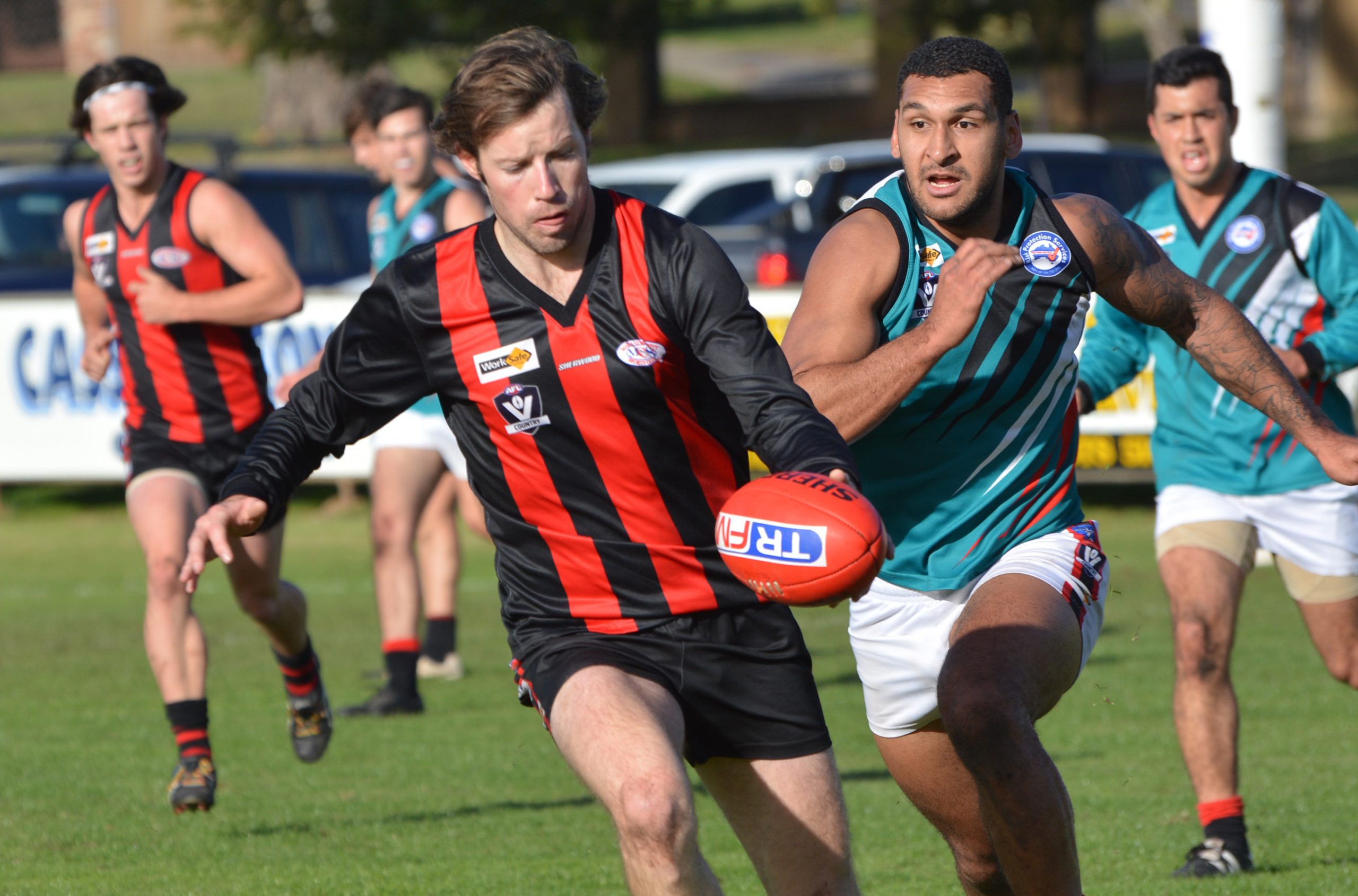 RELATED: Magpies go down at Moe

MAFFRA powered away to a 65-point victory over Warragul on Saturday.

In chilly conditions at Maffra, the home side prevailed, 13.10 (88) to 3.5 (23). The win moved the Eagles back into second place on the Gippsland League football ladder, a spot they retained following Traralgon’s upset loss to Morwell on Monday.

The Eagles were tested at times by the Gulls, but the home side’s defence were near impenetrable, conceding just three goals for the game.

James Read and Sam Walker, playing his 150th game for the Eagles, were particularly strong contributors in defence.

The visitors went goal-less in two quarters, failing to kick a major when kicking to the northern end of the Maffra ground.

The Eagles were missing captain Sam Pleming, with Andrew Petrou moving from the forward line to provide a tall marking defender.

The Eagles welcomed midfielder Jarryd Clohesy back to the side following a wrist injury, for his first game since round one.

Danny Butcher and Lachlan Channing more than matched the Gulls’ dangerous on-ballers, while Michael Coleman provided skill on the wing.

The Eagles moved the ball quickly, controlling the tempo of the game.

Scores were level again when Brayden Fowler kicked a goal after being awarded a free kick.

Bedggood kicked his second goal from a snap shot, with the ball taking a favourable bounce.

Two more goals extended the Eagles’ lead to 22 by quarter-time.

Macklin Raine kicked the only goal of a dour second term after taking a strong mark in the goal square. By half-time, the Eagles’ lead was 29.

The Eagles continued to control the match in the second half, booting eight goals to two, with the loss pushing the Gulls outside the top five on percentage.

Warragul’s best player was Sam Russell, who worked well between the forward line and midfield, while Brad Scalzo worked hard on the ball.

In other Gippsland League matches on Saturday, Moe was too strong for Sale, Leongatha maintained its undefeated run against Drouin, and Wonthaggi stormed home to defeat Bairnsdale.

The North Gippsland and East Gippsland leagues had general byes for the Queen’s Birthday long weekend.