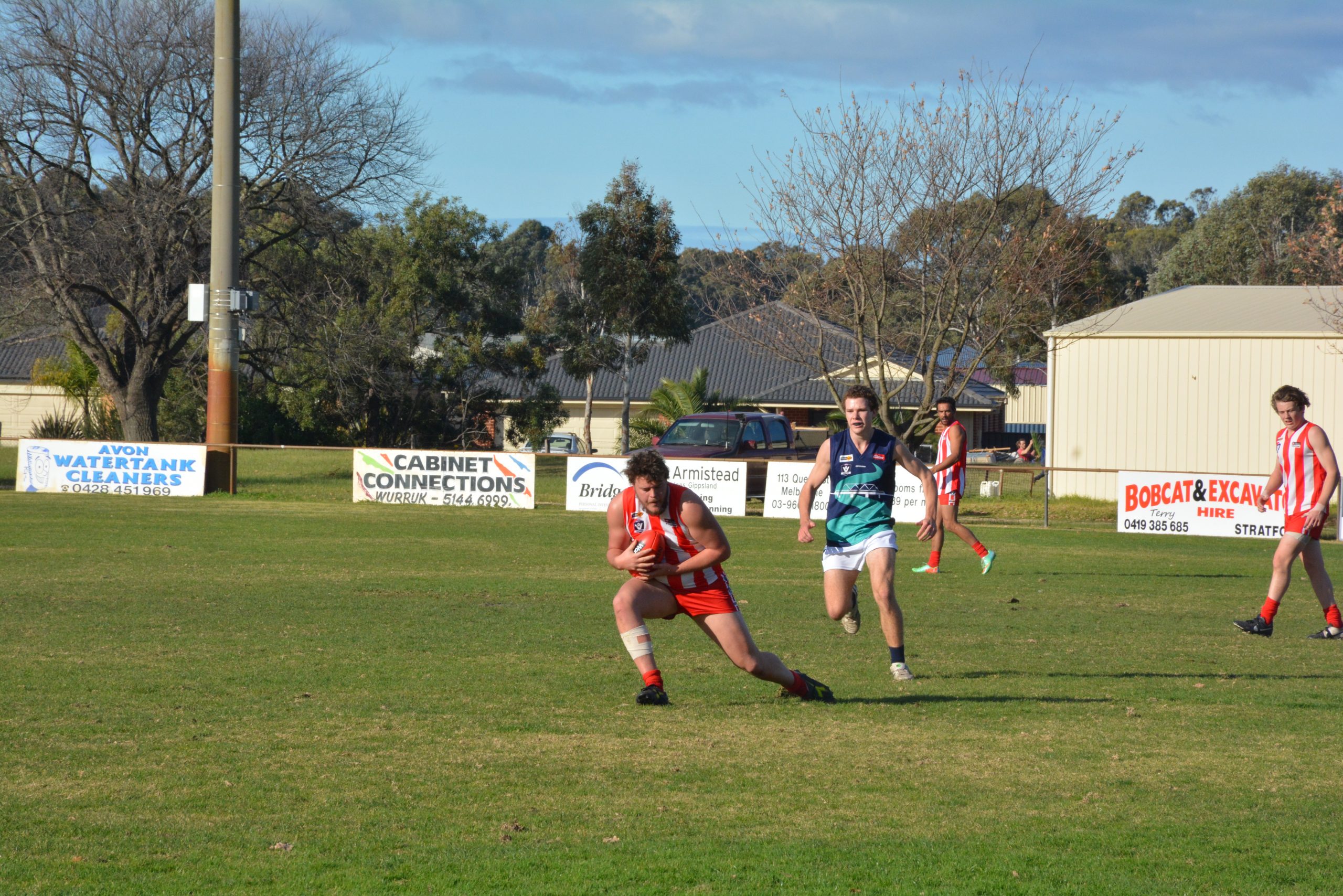 Orbost has now won two in a row, after defeating Paynesville by a point last week.

Despite an early fightback to claw back the margin, the Swans were run over by the Blues, who piled on six goals to three behinds in the second quarter.

A six goal final term was not enough for the Swans to recover, as the Blues still managed to put on another 34 points.

Josh Kiss stood out with six goals for Stratford, and Regan Tait was awarded best-on-ground.

Tom Smith, David Waddell, and Curtley Nettleton all kicked five apiece for the visitors, and Sam Francis was best.

BOISDALE-BRIAGOLONG was unable to keep the momentum going against Lakes Entrance, who defeated the Bombers 13.13 (91) to 10.9 (69).

The home side pushed hard in the second and third quarters to keep the margin within two goals, but were spent in the final term.

The Seagulls scored three goals to nothing at the death, and the win secures the second place on the ladder for another week.

Best-on-ground Andrew Stevens kicked three for the visitors, and Kenny Puruntatameri also impressed with a spectacular mark on Boisdale’s Rhys Johnson in the midfield, before kicking two goals.

Callan Egan scored four for the Bombers, and Ben Batalha was best.

The Tigers led from the start, despite the visitors nipping at their heels, but the Gulls ran rampant in the final quarter, scoring seven goals to three.

Mark Sellings kicked four for the home side, with Nathan Dennison best, while six players for Paynesville kicked two goals each in a real team effort.

The Magpies were a point ahead at quarter time, but were kept to just two behinds in the second as the Cats got rolling.

The final term saw the home side kick eight goals.

For the visitors, Shaun Ryan kicked three goals to stay on top of the goalkickers table, as did Jacob Green, with Keenan Hynes best.