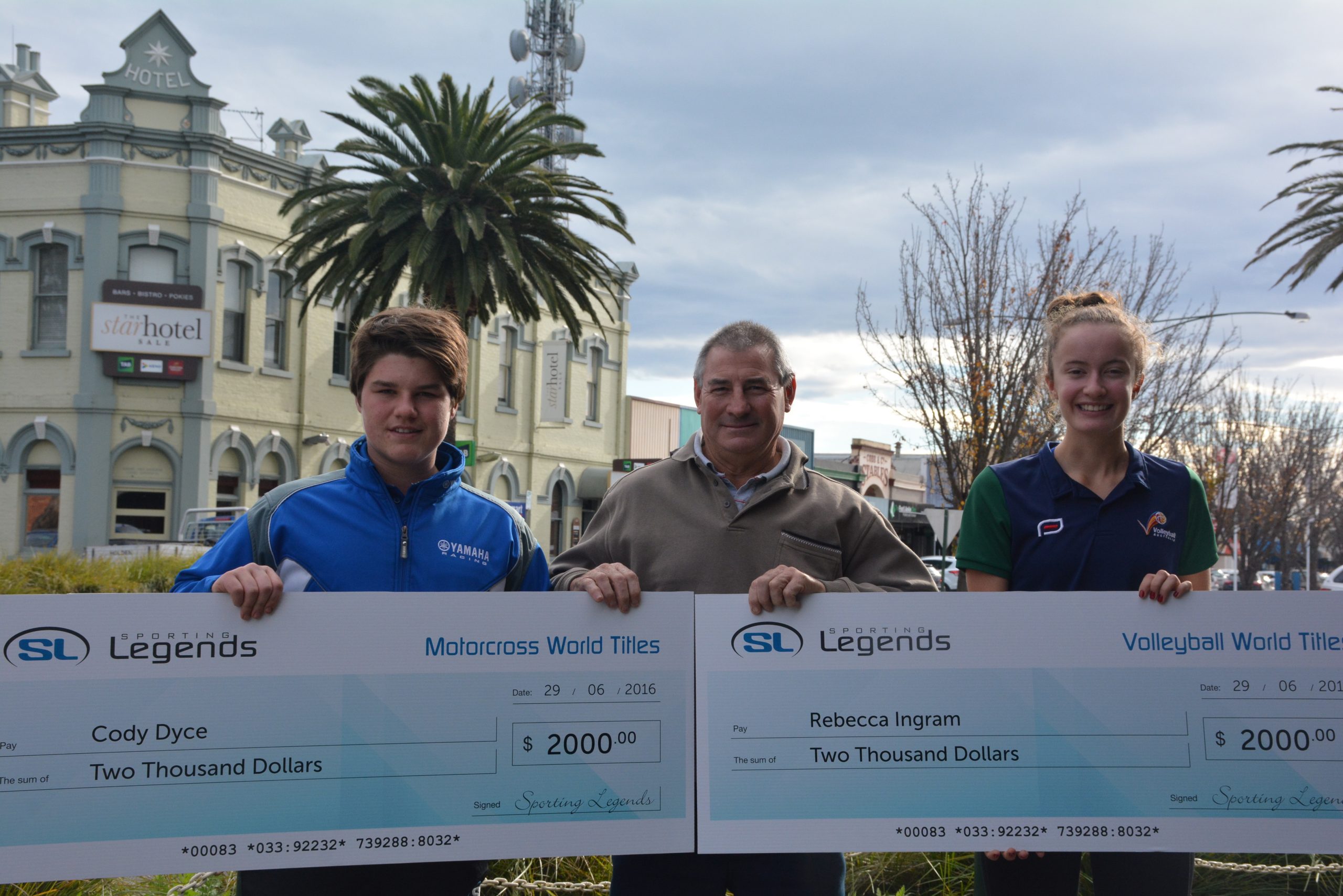 Both young athletes were given $2000 from the club’s fund, which will help them travel overseas to compete in their sports’ world championships.

Ingram will be heading to Cyprus for the World Games via Adelaide and France, while Dyce will be competing in the World Junior Motocross Championships on the shores of the Black Sea in Russia.

The money comes from the venue, which returns all profits into a fund for junior sports in the community.

Sporting Legends CEO Ken Bailey said this was the first time there had been two world-class young people given funding.

“It’s a community effort,” he said.

On Friday, July 8, the venue will host a raffle at 7pm, and other fundraisers to help out further.

“This is what the whole club is about,” he said.

Ingram and Dyce were both thrilled, and thanked the club for all the help.

Dyce’s father Col said he was humbled by the donation.

“It shows what the community can really do together,” he said.