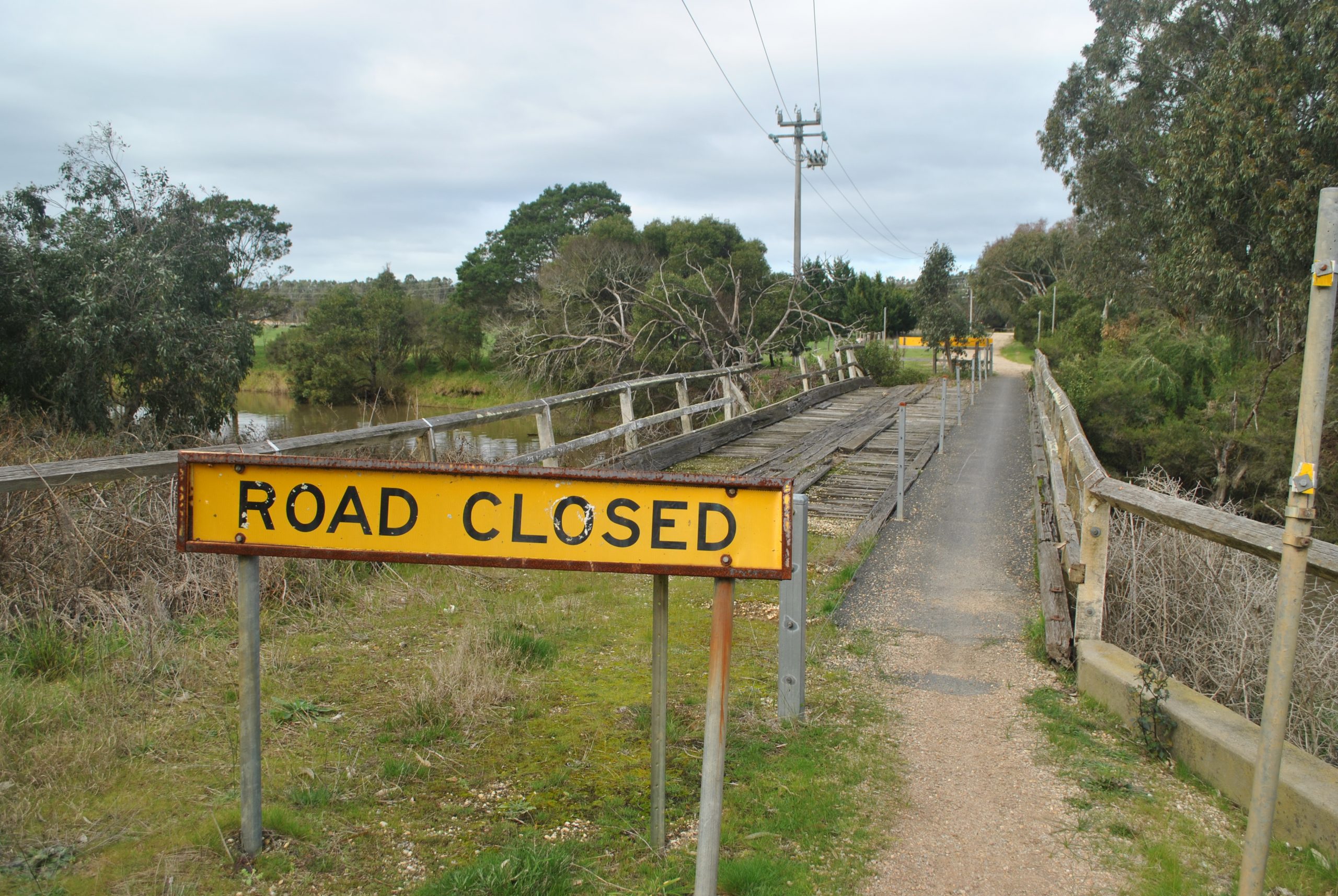 WELLINGTON Shire Council will look to secure federal government funding to rebuild a bridge on the southern outskirts of Sale.

Council will apply a second time for funding from the Bridge Renewal Program to rebuild Brady’s Bridge to provide vehicle access.

The Maxfields Rd timber bridge, which provided a direct link for residents south of Flooding Creek to the southern end of Guthridge Parade, has been closed to vehicles since 2006 due to its deterioration.

The initial recommendation to be moved on Tuesday night was for council to rebuild the structure for pedestrian access, but indications from Gippsland MHR and federal Infrastructure Minister Darren Chester about the potential of securing further funding led to the change of motion.

If council is unable to secure the additional funding for the $570,000 vehicle bridge, it will build the pedestrian crossing, costing $200,000.

The bridge remains open to pedestrians, however continued deterioration has prompted council to replace the structure. This led residents to push for the new bridge to accommodate vehicles.

Speaking to council 12 years to the day of receiving notification of the intention to close the bridge, Stephenson St resident Meryl Edwards said locals have feared being stranded during times of flooding or fire, when Stephenson St would be cut off.

“A footbridge does not provide suitable or practical egress in circumstances of fire or flood,” she said.

“The withdrawal of service because of the closure of Brady’s Bridge is unacceptable. The reduction of safety standards to the residents of Stephenson St and Maxfields Rd is unacceptable.

“A new road bridge is a much more cost-effective and efficient replacement for the long-standing infrastructure than a footbridge is.”

Council allocated funding to build a new pedestrian bridge in its 2014-15 budget. Council then considered submissions which requested vehicular access be reinstated.

Council later applied to the federal government for the additional funding required for a replacement vehicle bridge, but was unsuccessful because of the bridge’s minimal strategic role in the road network.

Cr Rossetti said bridges across the shire had been renewed with funding from outside council.

“Ultimately, the resources are limited,” he said.

“We’ve got a keen a mustard local member who’s in the infrastructure chair, which may indeed help us.”

A new Brady’s Bridge providing vehicle access, council officers claimed, would increase traffic on Maxfields Rd and Stephenson and Johns Sts. This route has unsealed roads constructed to basic standards, which increased maintenance or upgrade likely should there be increased traffic.

The bridge had a two tonne load limit before it was closed to vehicles. A traffic count in 2004 indicated 132 vehicles used the bridge each day.