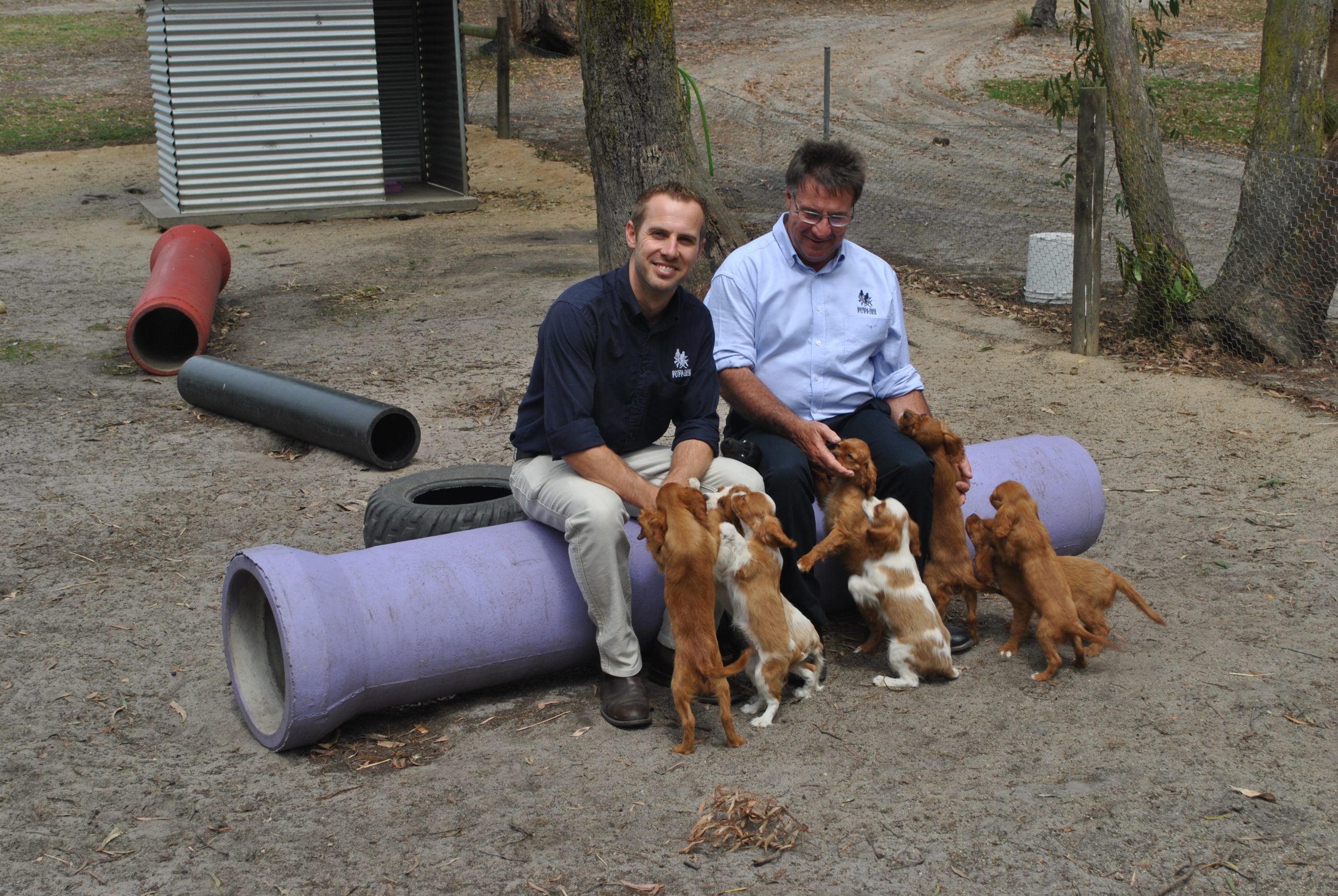 BANKSIA Park Puppies is calling for an Upper House Committee Review into the state government’s proposal to impose a limit of 10 breeding dogs per property.

The breeder, located at Stradbroke near Sale, currently has more than 100 breeding dogs on premises, and faces forced closure by the changes to legislation, which are part of the Victorian government’s crackdown on illegal puppy farms.

The park has invested $250,000 during the past several years to ensure breeding facilities meet current required standards, including giving dogs access to playgrounds, two different agility yards, heated and cooled nurseries (including heated floors) and exercise areas in the nursery.

Manager Matthew Hams said the proposed legislation is well-meaning, and that the park supports effective regulation to promote high standards of animal welfare, however the policy could inflict worse animal welfare outcomes through unintended consequences.

“A parliament inquiry in New South Wales last year found no rationale for such a limit; smaller does not go hand in hand with safer,” Mr Hams said.

“In our view, rather than introduce such an extreme approach that will impact animal welfare in a negative way, the government should spend more time and resources enforcing the current code.”

Mr Hams believes as a result of the policy, there will be more incentive for illegal puppy farming operations to meet the unmet demand for puppies, and consumers will be forced online and into unregulated markets and interstate.

“At Banksia Park Puppies, we have over 50 years and three generations of experience which tells us that this legislation will only promote an underground industry.

“Where there is a demand and no supply, a black market always results.”

Mr Hams said he would be devastated to close the business, which has been part of the local community for decades.

“The 25 local staff who currently have rewarding jobs in a regional location where there are limited employment opportunities, will be forced to find new employment.

“It saddens us that this legislation is not based on fact or research; this was an election promise, based on emotion only, without proper consultation or consideration of the facts.”

Agriculture Minister Jaala Pulford said the state government would continue to stamp out industrial-scale breeding, and has already implemented a number of elements of the intended policy.

“We have a comprehensive plan to smash the puppy farm business model,” Ms Pulford said.

“Too many breeding dogs and cats are living in misery, and too many animals are losing their lives – our plan aims to put a stop to it.”

In order to reform the dog breeding and pet shop industries in Victoria, and promote the rehoming of dogs being cared for in shelters and pounds, the government has allocated an additional $5 million to the RSPCA to strengthen its inspectorate capacity.

The government maintains legislative reform is essential in order to deliver on its commitment to limit pet shops to selling only dogs and cats that are supplied from registered animal shelters, pounds and foster carers, and begin to address the community’s concerns about online dog and cat sales.

These measures are intended to assist in reducing the number of animals returning to shelters after rehoming.

A statement from the minister’s office highlighted the importance of animal welfare standards over turning profits.

“The community sent a strong message that the appalling conditions experienced by many dogs in puppy farms is not acceptable,” the statement read.

“Pet shops can be a significant outlet for illegal dog and cat breeders as they provide broad access to the community without exposing the illegal breeding operation.

“Utilising pet shops as a platform for rehoming from pounds and shelters should not only increase rehoming rates but reduce the time animals must spend in a pound or shelter environment before finding a new, permanent home.”

Ms Pulford’s office states that out of the current 10,000 registered dog breeders in Victoria, less than 90 will be impacted by the proposed cap on the number of female breeding dogs, with the vast majority able to continue with their small-scale breeding operations under strengthened legislation.

Banksia Park owners have invited the Premier and Minister for Agriculture to come and visit their property and see for themselves how they care for their animals before proceeding with the legislation.

Minister Pulford’s office assured The Gippsland Times that it has previously met with Banksia Park on two prior occasions.

The bill is expected to be introduced to the Parliament in September, and it will need to pass both houses before any implementation plan is enacted.