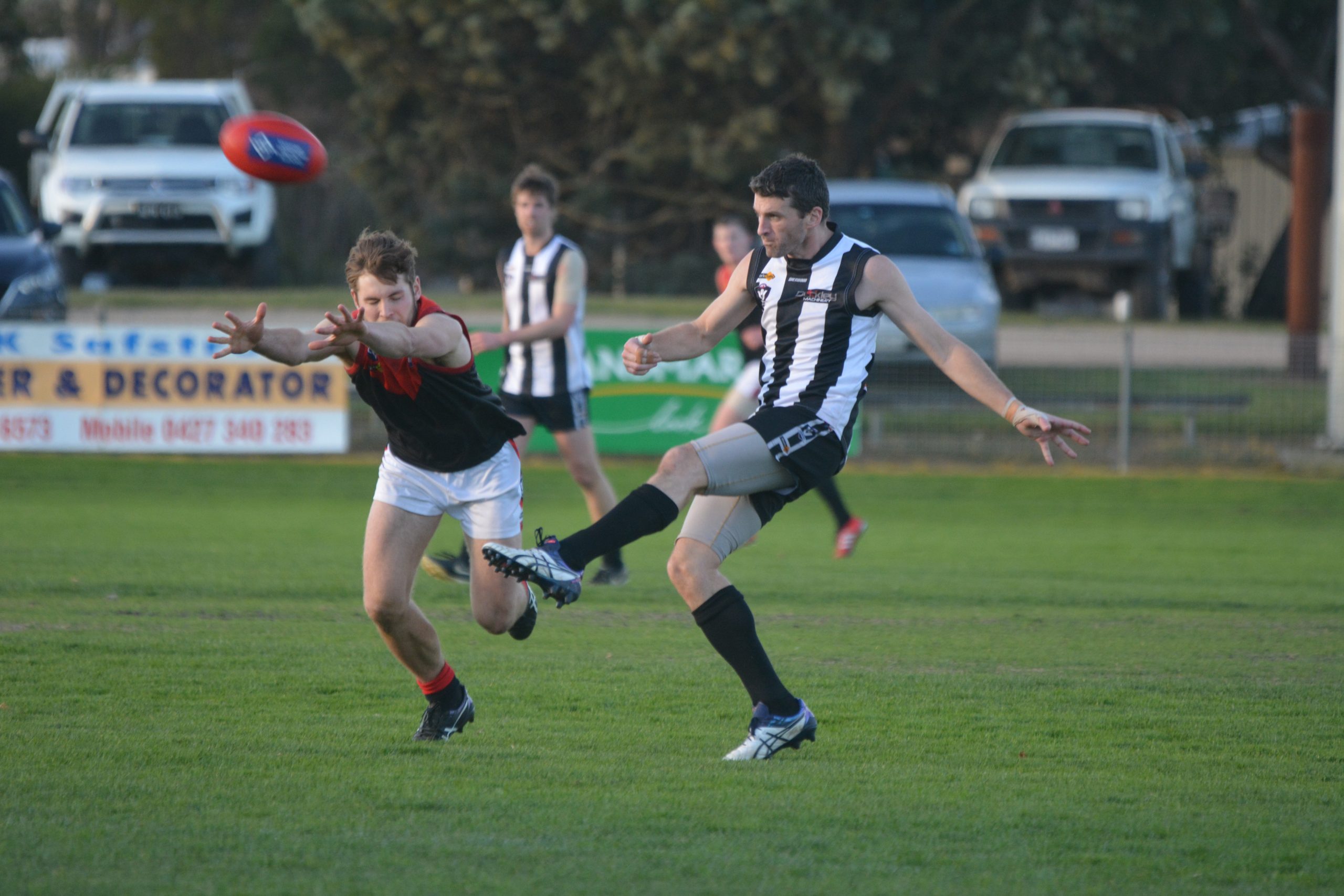 SALE kept its late charge for a berth in the Gippsland League football finals alive with victory over Warragul on Saturday.

Milestone matches have been good for the Magpies. When Chris Laverty celebrated his 250th game, the Magpies scored an upset win over Traralgon.

On Saturday, Kane Martin (150th), Jack Lipman (100th) and Jordan Dessent (100th next week) led the side before being among the Magpies’ best player.

The Dunkley family was at Sale to support Kyle, who was playing his third senior match. Kyle kicked a goal.

Western Bulldogs player Josh Dunkley did recovery work immediately after the team’s victory over Collingwood on Friday night, freeing him to watch his younger brother on Saturday.

The Magpies began the match full of running, kicking five goals to two in the first term, before the sides kicked two goals each in the second quarter.

The Gulls had the better of the third, kicking four goals to one. When Brayden Fowler kicked a long goal before three-quarter-time, the visitors were leading by two points.

Sale coach Shane Fyfe admitted after the match to thinking his side was “down and out”.

“We had had both Ollie Collins and Michael Todd off with injuries, and we were down to one (fit player) on the bench,” Fyfe said.

“The way the Gulls finished the third term, they looked set to storm home.”

But the Magpies found something extra in the final quarter, kicking four goals and keeping the Gulls score-less.

Warragul defender Simon Fairbairn had a good battle with John Gooch, but the Magpie did a lot of damage in the final term.

Martin was again best-on-ground for Sale. He has been among the Magpies’ best since returning from injury, and once again his ball use and centre clearances were outstanding.

Dessent is enjoying his on-ball role, and his centre clearances set-up the Magpies’ first goal of the final quarter to put the hosts back in front.

Jayden Allison also had plenty of the ball, and got value for possessions.

The Sale defenders were in good form, led by Laverty and Fyfe, who turned defence into attack with their accurate passing.