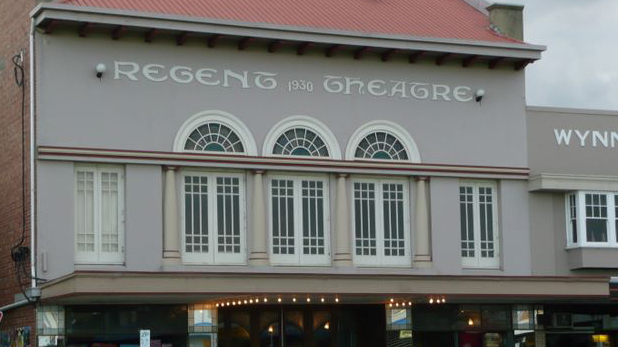 YARRAM’S historic Regent Theatre will be closed for the next two weeks as highly anticipated renovations get underway on the building.

Removal of asbestos from the walls and ceiling in the projection room will be made priority during the first stages, before stage ceiling works, rigging upgrades, painting and general maintenance are carried out in early September.

The two year works program will cost around $450,000 as part of the Wellington Shire’s plans for the future of one of Yarram’s most impressive buildings.

Mayor Darren McCubbin believes the theatre is an important part of Yarram’s history.

“Council recognises the need for this popular venue to be available to the local community and general public,” Cr McCubbin said.

“We have made sure that the works have been programmed during periods when the theatre will not be in use so as not to adversely affect the theatres user groups.”

Theatre manager Susan McMillan said the upgrade was very exciting for the people of Yarram, and the theatre was in dire need of an overhaul.

“We’ve got a great committee who are excited for a relaunch to get underway,” said Ms McMillan.

“We’re getting new lighting rigging, we’re going to repaint, it’s going to be a different look.

“We’re using the opportunity to re-launch the theatre for 2017, so we’ll be launching a new website, screening films and doing lots of other calendar events.”

The Yarram Standard reported the next stages of the upgrade would include the foyer floor being pulled up to allow for new stumps.

Originally built in the 1930s, the theatre has been used for eisteddfods, balls, live theatre, weddings, cinema and other events.

The contract for the works has been awarded to local contractor, DJ Young Constructions Pty Ltd in Yarram.