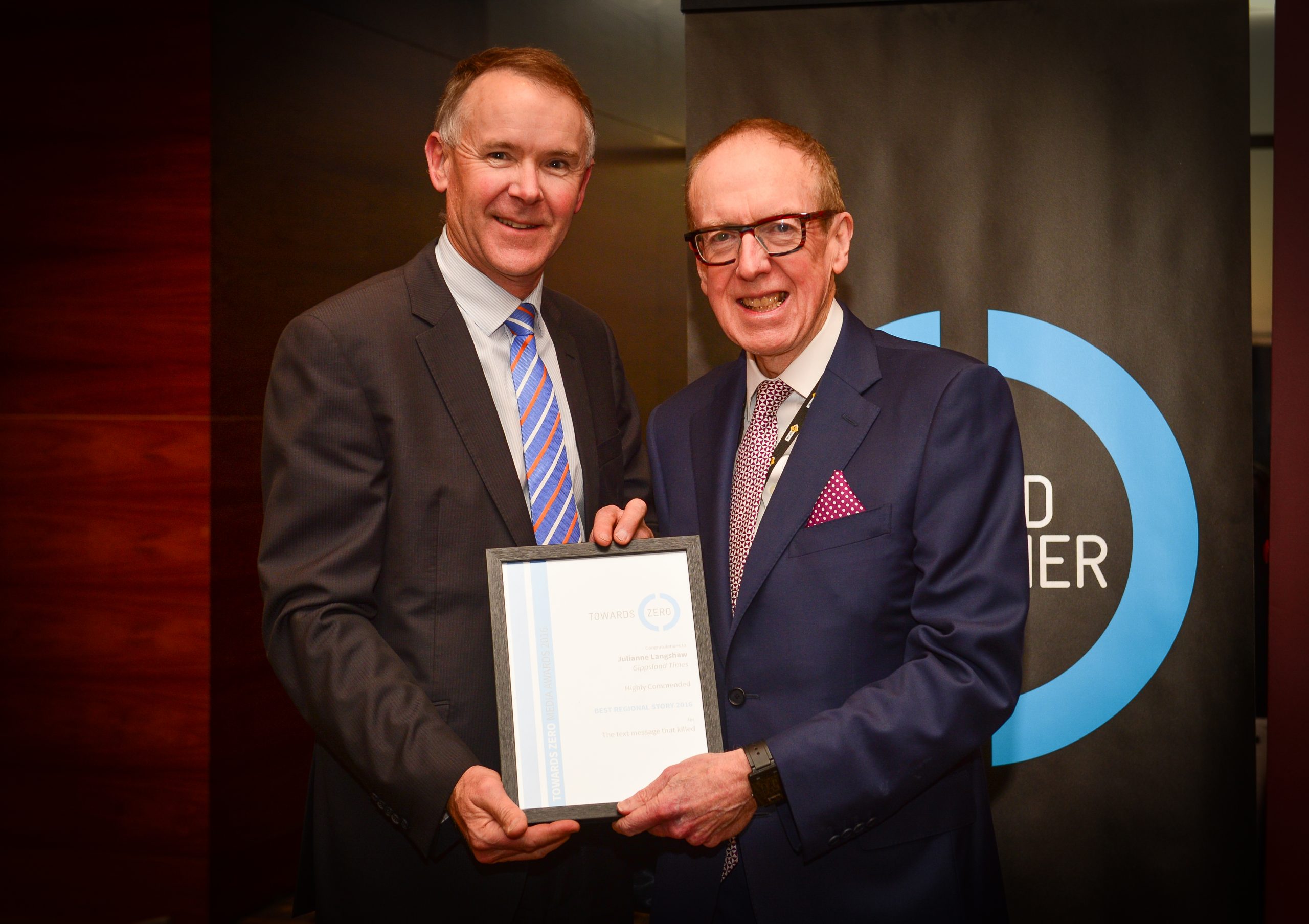 GIPPSLAND Times senior journalist and sub editor Julianne Langshaw has been recognised for her writing in the Transport Accident Commission awards for the state’s best road safety reporting at the Towards Zero Road Safety and Media Awards.

“The Towards Zero Media Awards highlight the important role media plays in helping the community understand our vision for a future free of deaths and serious injuries on our roads,” Mr Crossett said.

The Age dominated the awards taking out Best Media Outlet for Towards Zero Reporting with journalist Adam Carey winning an award for best metropolitan story.

Geelong Advertiser‘s Erin Pearson was awarded best regional story and the Gippsland Times was highly commended in the category for Ms Langshaw’s story “The text message that killed”.

The Riverine Herald was highly commended in the Best Media Outlet for Towards Zero Reporting.

Awards were presented as part of the Towards Zero road safety leadership symposium, where Victoria’s leaders gathered to discuss the important role they play in reducing road trauma in the community.

Mr Crossett said organisations were recognised for implementing the most effective road safety projects in Victoria with the Towards Zero road safety awards.

Community Roadsafe Mildura won the safer people award for a public campaign to reduce mobile phone use while driving.

“Towards Zero is an ambitious target but we’ve got to be ambitious if we are going to stop lives being lost on our roads,” Mr Crossett said.

“Everyone has an important role to play in reducing road trauma and we’re thrilled to be able to acknowledge the organisations and journalists who are taking on that responsibility.”

The 2016 Towards Zero Road Safety and Media Award winners: