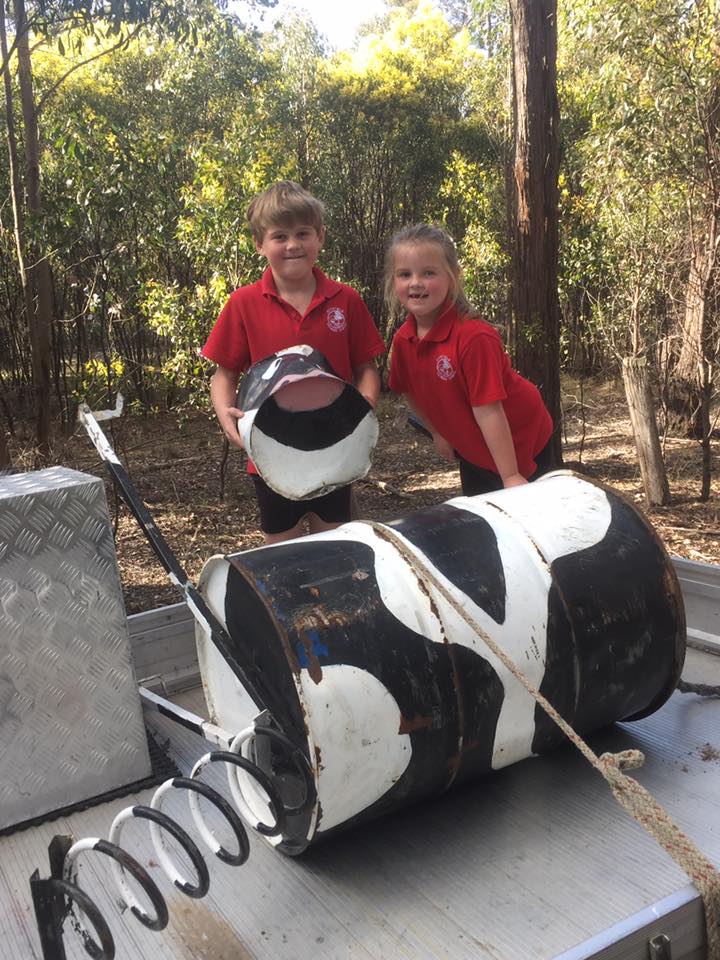 COWWARR residents are cownting their blessings, after one of their famous metal cow sculptures was returned to the township.

The sculpture was stolen in a terrorbull act in March after a bully took beef with the icon, which had been concreted into place, leaving the community unamoosed.

The Gippsland Times herd locals were worked up into a leather, that they were udderly lost without the cow, and unsure of how anyone cud hoof off with it.

Steaks were high after nearly six months missing, with many fearing the bovine beauty may have kicked the bucket for good and there was no whey they would ever see it again.

However a dynamic duo from Heyfield proved sometimes it’s butter lait than never.

Alex and Eboni Whitehead have achieved legendairy status, after the pair spotted the cow hiding in the cowmooflage of the dense Glenmaggie bush.

The cow was found Friesian after many cold winter nights in the bush, but was steered back to its post outside the Cowwarr Hall.

Police say while they’re still churning through the case, no-one has grassed on the cowardly thief yet, so witnesses can give them a call on the horn.

A reminder to everyone to teat others’ property with respect, but this black and white issue is ultimately a tail of happily heifer after.

— By Sarah Luke, who apologises for milking the story for all it’s worth.