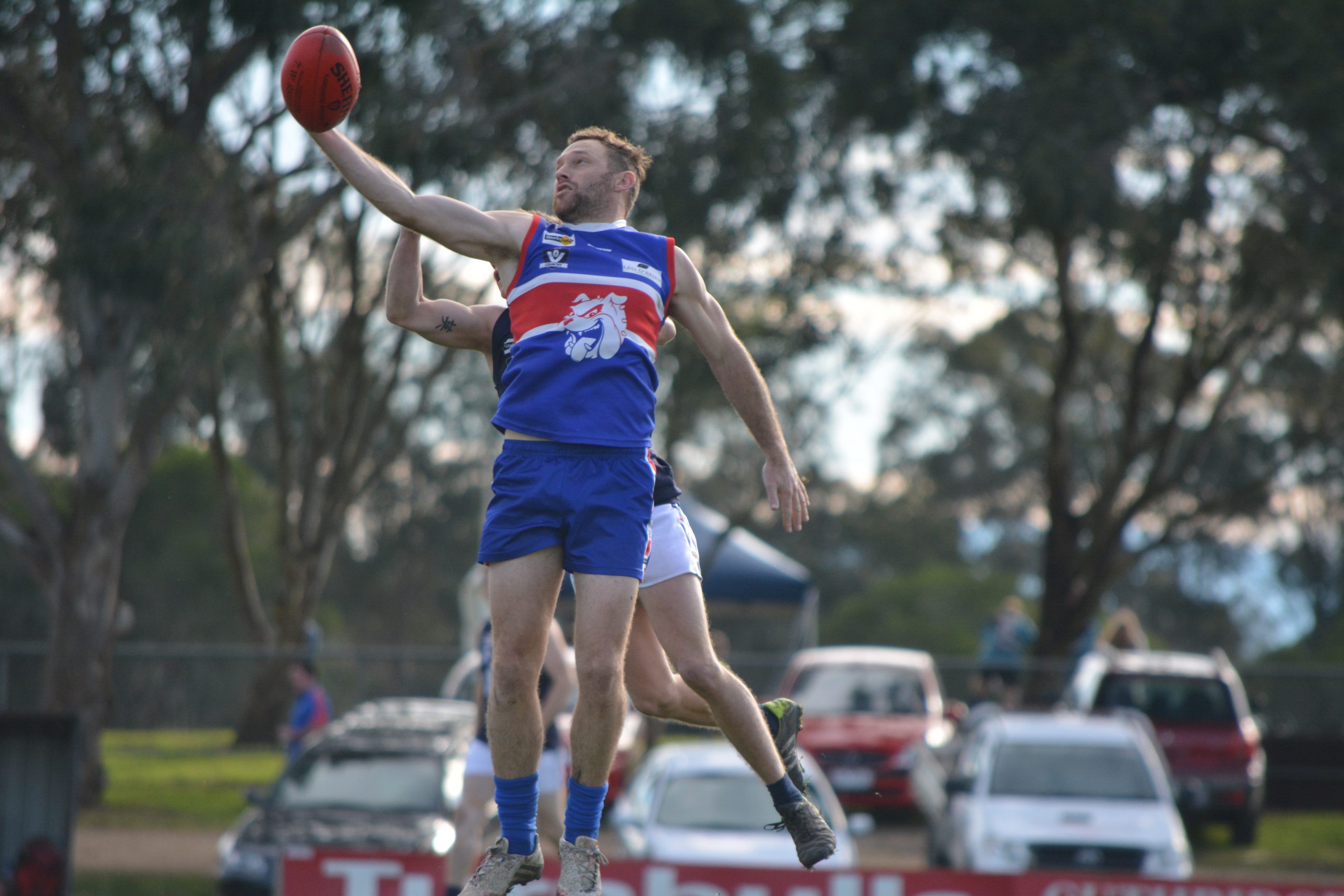 NORTH Gippsland football minor premier Sale City’s sights are firmly set on securing the first spot in this year’s grand final, when it meets Heyfield in the second semi-final on Saturday.

Heyfield’s strong run of form, and impressive qualifying final victory against Churchill, has won the Kangaroos plenty of admirers, but the Bulldogs have no interest in relinquishing its title of flag favourites.

“It’s good to have the opportunity to play finals footy and I would be very disappointed if we don’t turn up to play this weekend,” Sale City coach David Piasente said.

“This is why we put our bodies on the line all year, and we don’t want to finish on top then go out and get beaten.

“We’ve set a strong culture of hard work and reward for that work, so we’re looking forward to it.”

After winning 17 of their 18 home-and-away games, the Bulldogs go into the game full of confidence and refreshed following last week’s rest.

Piasente was aware of the threat Heyfield posed, particularly in the form of Shane Birss, Josh Stubbe and Beha brothers, Jesse and James, but was not concerned about the home ground advantage.

“We don’t care where it is or what type of day it is, we’ll just turn up and play,” he said.

“It was good to have the week off, and we covered a lot of ground at training.

“We trained on Saturday and worked through our structures and zones, and went over our game plan.”

Heyfield coach Josh Stubbe was happy to keep rolling with the momentum which had seen his side rocket into flag contention over the past 10 weeks.

The qualifying final win was built on the back of clean hands, composed ball use and disciplined defending.

“The balance of our side is really good at the moment,” Stubbe said.

“We’ve got those couple of tall guys that can take a good overhead mark and really strong pack marks, and that’s really important for us, especially when we get stuck.

“We can afford to go down the line because we’ve got that option and know they are at least going to put up a contest and bring the ball to ground.

“That versatility we’ve got, to be able to throw guys forward or into the midfield or back and three or four that can go through the ruck, is so important come finals time because if we need to make a change we’ve got that ability.”

With balance the strength of both teams, the one-on-one battles, particularly at the centre clearances, are likely to be crucial.

The Kangaroos and Bulldogs will also clash in the reserves second semi-final, while Sale City will play Yarram in the thirds.

FRESH from its maiden North Gippsland football finals victory, Yarram has set its sights on another historic scalp, when it lines up in Sunday’s first semi-final at Glengarry.

The Demons are yet to beat Churchill in six attempts since joining the competition in 2014, and coach Chris Pettitt said his side was ready for that to change.

“If there was ever a time to beat them a final would be beautiful,” Pettitt said.

“We drew with them last time, so at least we haven’t lost to them every time now, and that’s a stepping stone.”

Pettitt was at Yarram last Saturday to see the Cougars soundly beaten by Heyfield in the qualifying final, but expected to face a different Churchill on Sunday.

“They definitely don’t play the same game against Heyfield as they do against us,” he said.

“They’re a running side and they had a couple out that they’ll bring back in, so they’ll be a different side again.”

Last weekend’s elimination final was a draining contest, with few stoppages resulting in a high-tempo game.

The rivalry with Woodside ensured it wasn’t short on physical clashes either, but Pettitt was confident in his players’ ability to be ready for Churchill.

“We play this style of footy every week, and these guys are getting pretty good at looking after themselves,” he said.

Mike Pettitt, Jari McDonald and Michael Lush will come into contention should Yarram look to make any changes.

Churchill will need to get more out of its talented forward line, which struggled to generate scoring opportunities against an organised and at times crowded Heyfield defence last weekend.

Cougars coach Allan Chandler admitted his side was second best in just about every area against the Kangaroos, and would need to regroup quickly to avoid being bundled out of the premiership race in straight sets.

“We had a bit of trouble with (Heyfield’s) big blokes, they kicked a few goals and they were all over us from almost the get go, and we weren’t able to get going,” he said.

“We’ll have Travis Brighton and Dean Degroot back to toughen us up, and hopefully we can put in a better performance than we did (last week),” Chandler said.

In the reserves, Cowwarr and Traralgon-Tyers United will clash, while Glengarry and Rosedale will look to stay in the thirds premiership race.