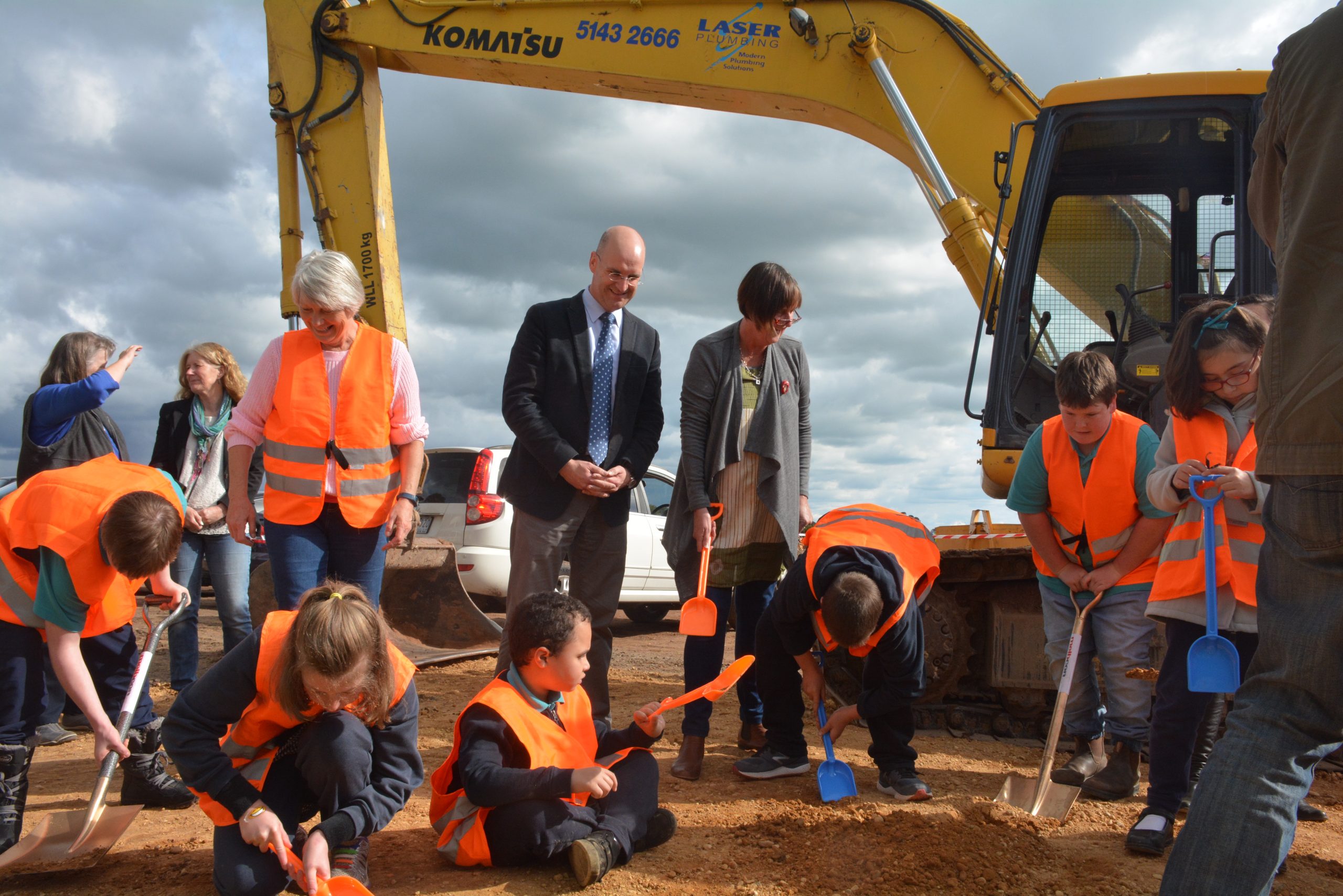 CONSTRUCTION has begun on the new $13.85 million Sale Specialist School, on the northern side of Sale.

A dozen students helped to turn the first sod with staff, parents and local representatives.

After overcoming several funding shortfalls and initially running over budget, all of the money has been secured, and the school will be built in one stage.

The new, single-level integrated campus will include three classrooms for junior, middle and senior years, a dedicated administration building, a central plaza and a multi-purpose building.

Having the students involved in the school’s development was also an important part of the project, according to principal Shelagh Donegan.

“The kids are invested; they’re busy planning playgrounds and what equipment they’d like — this is their school,” she said.

“When the school’s built it won’t include playgrounds, but we’re fundraising at the moment — we’ve had fantastic community support.”

The New School Parent Action Group’s Jane Nash said they were “so pleased” to see building construction underway, thanked the community for its support, and looked forward to the opportunities for the students.

Eastern Victoria MLC Harriet Shing, who had strongly advocated for the funding, said it was an emotional moment, and it was a great privilege to help secure the funding in the state budget.

She said the new school would ultimately lessen disruption for students who were currently spread across campuses, as well as allowing staff and parents to plan for one move instead of several smaller ones.

“We’ve confirmed to the school that we’ll do what is necessary to make sure we have the right road treatments, access points and capacity to build the school grounds into something that everyone can be really proud of, and that helps the kids reach their best potential and really reach for the stars,” she said.

Gippsland South MLA Danny O’Brien, who was at the site announcement many years ago, said this was the culmination of more than 11 years of lobbying.

“We have got over the hump on the increase in costs, but the most important thing is that we’re building,” he said.

“Full marks to the community, the parents, to the staff; they’ve worked extremely hard in convincing the government that the funding needs to come through,” he said.

“On behalf of the community, we thank the government and certainly look forward to a first class education into the future.”