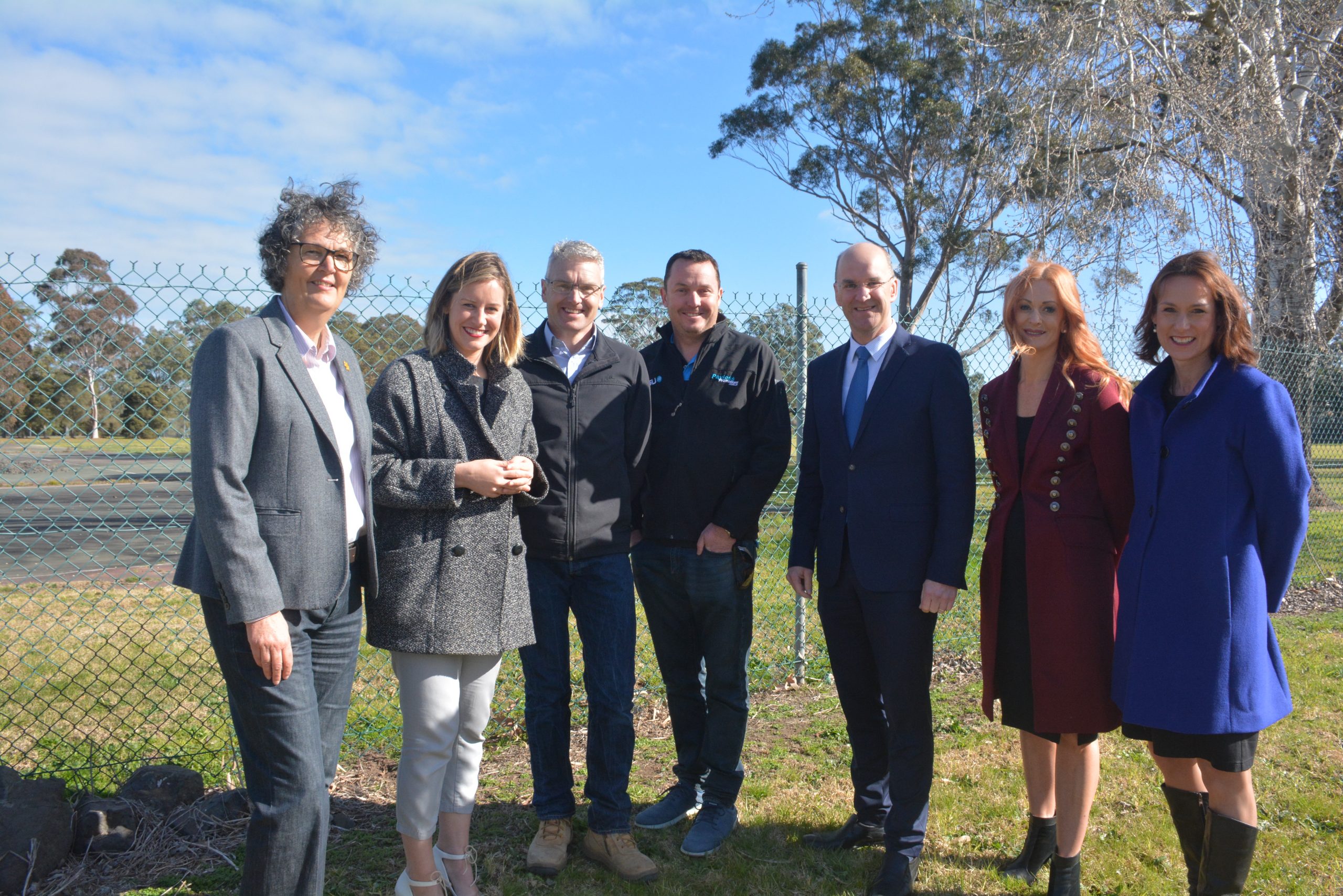 THE state opposition has stepped up the fight to see a new TAFE built at the Port of Sale by making a commitment to fund the campus, if elected.

Although Victoria is not scheduled to go to the polls until late 2018 or early 2019, TAFE education is becoming a hot-button issue.

An election with an education focus could hold sway with the Gippsland community, which has been desperately pushing for almost a decade to have the former Advance TAFE campus — now Federation Training — moved into Sale, with a strong focus on industry-specific courses.

The former netball courts on South Gippsland Highway were identified as the preferred site by the former Labor state government in 2009, which was ousted the following year by the Liberals, but despite the netballers vacating the site in 2011, the former courts remain derelict and abandoned.

Gippsland’s two TAFE providers, GippsTAFE and AdvanceTAFE, merged in 2014 to create Federation Training, however, low student numbers, poor facilities and a lack of public transport have plagued the Fulham campus since its inception, and are believed to be behind the dropping of some courses and doubts about the TAFE’s future.

Mr O’Brien said he was confident student numbers would increase if students had easy access to a purpose-built, functional training centre.

“The number of people who have come to me about this issue tells me that if we build it, they will come,” he said.

As recently as 2015, the main Federation Training campus at Fulham was offering a range of courses, including graphic arts-photo imaging, a Diploma of Nursing, community services, aged care and horticulture, while local apprentices could complete their training in aviation, automotive, building and construction, hospitality and hairdressing.

There were also industry specific training courses around occupational health and safety and programs developed for people wanting to enter the building industry.

But in recent years several courses, including nursing, information technology, graphic design and photography have been dropped altogether, while others such as horticulture and hospitality are either no longer available or have been scaled down or unsupported by students because of poor facilities and course content.

Business leaders and the Wellington Shire Council were buoyed by Tuesday’s announcement, which they see as a sign of hope for the reinvigoration of the Sale business centre and the provision of much-needed industry-specific training and jobs.

Gippsland employer Daniel Smolenaars said there were currently “so many gaps” in training in the Sale region, with young people forced to leave Sale and businesses forced to look further afield for staff with relevant training.

He said businesses and employers looked for leadership in governments.

“We’ve been championing this cause for about 10 years, but since then there has been zero action and zero leadership,” he said.

She said the industry training gaps created huge difficulties for businesses and young people, with schools now having few options for their VCAL students.

Wellington Shire mayor Carolyn Crossley urged the state government to act in the wake of the opposition’s education commitment.

She said the Liberal-National’s promise of a new, central campus was “fantastic news” for the local economy, young people and business.

Ms Ryan said she was “not going to stand by and watch” while Sale and Wellington Shire lost training opportunities, after the community was thrown into limbo two weeks ago when Training and Skills Minister Gayle Tierney could not rule out closing the Fulham campus, but offered no indication of whether relocation was still on the table.

Ms Ryan said the government had dithered over the future of TAFE in Sale, while student numbers and courses had been cut at the Fulham campus.

Mr O’Brien said Fulham was not a realistic option for most students, being “too far out of town and falling apart”.

However, not accepting the criticisms, Ms Tierney said the opposition could not be trusted on TAFE, and labelled the election grab an “empty promise”.

“When they were in government, they cut TAFE funding and courses, closed campuses, and sacked teachers.

“This empty promise won’t change those facts,” she said.

“We’re excited to see what the community wants when it comes to vocational training, and locals can be assured that we’ll continue delivering the strong and stable TAFE that Gippsland deserves, but never had under the Nationals.”