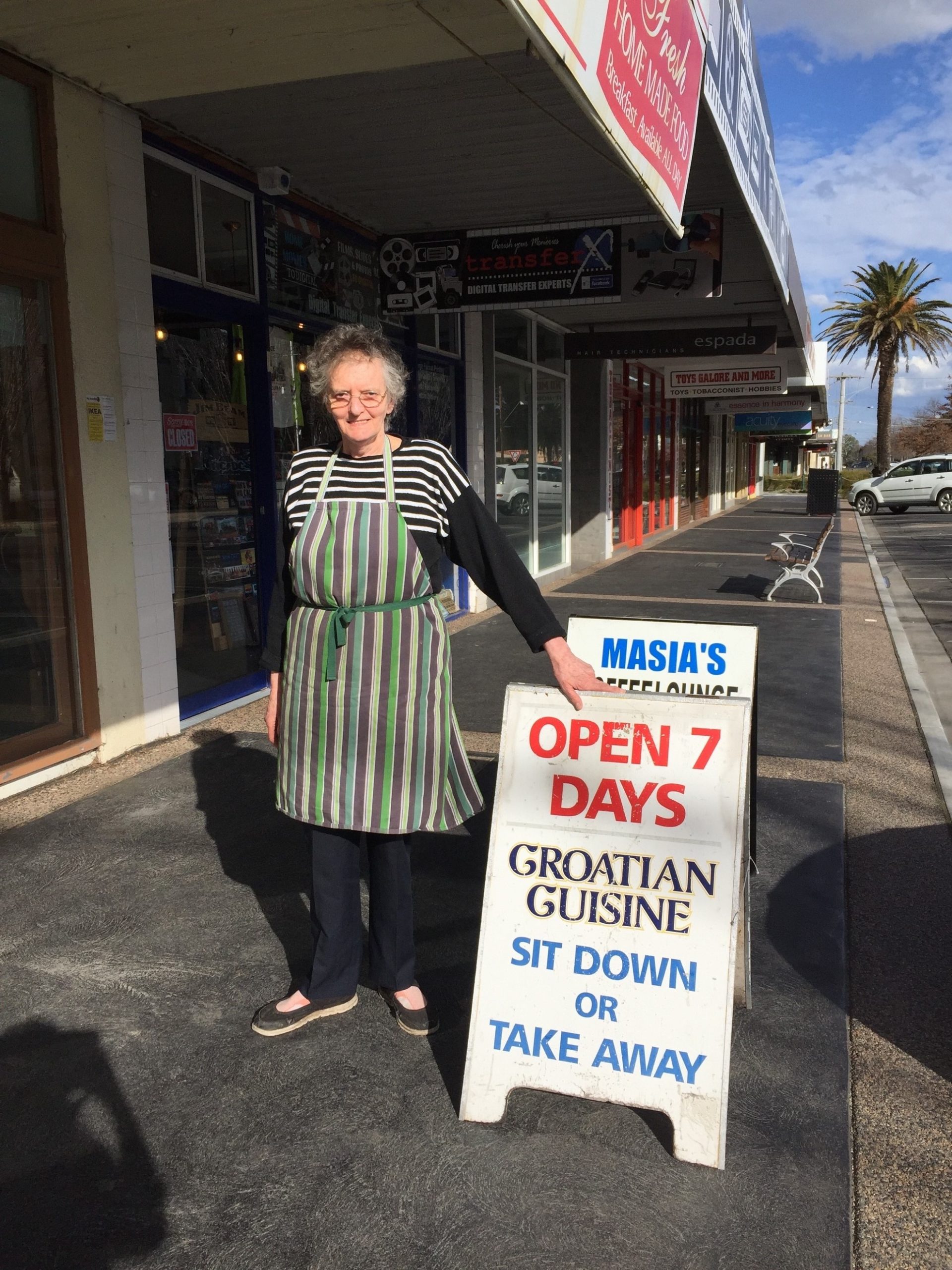 “ONE chocolate milkshake for Johnny!” Masia exclaims, busying herself amongst the ice cream and milk as one of her regular customers walks through the front door.

Upon entering the well known 74 Delicatessen and Sandwich Bar in Sale, customers are greeted firstly by Masia herself, then by the scent of hearty Croatian cuisine.

This year marks Masia’s 32nd year running her coffee lounge, making it one of the longest surviving small businesses in Sale.

Her strong relationships with customers, wealth of knowledge and passion for cooking has kept her business thriving.

“I worked three years for Nancy [the previous owner] before she decided to sell,” she said.

“My husband said ‘you not moving nowhere, you staying here’.

“And I’m still bloody here!” Masia exclaimed with a grin.

Masia shares her cheeky sense of humour with her husband, Joe, who she married at just 17 in their home country, Croatia.

Joe and Masia Simic arrived in Australia in 1969 with their two sons.

They were among the many post-World War 2 European migrants to start a new life in a new land.

“We came here for a better life for my children,” explains Masia.

“It took us six months to come to Australia.

“First we have to have medical and criminal check ups, and then . . . we came here, to Bonegilla.”

The small rural locality of Bonegilla has a sparse population of  about 300; yet one in 20 Australians are estimated to have links to the town.

An old army barracks was transformed into Australia’s first migrant reception and training centre in 1947, where thousands of immigrants were processed and allocated jobs.

At this time, Joe and Masia couldn’t speak English — a significant difficulty in finding employment opportunities.

“We looked for the jobs, but there was nothing to find,” Masia says.

It was through the Croatian community in Melbourne that Joe and Masia discovered Sale.

“They told us ‘plenty jobs in Sale, timber cutting’, and that’s why we came to Sale.”

However before long the opportunity arose for Masia to again utilise her talents.

Masia’s wealth of culinary knowledge goes back to Croatia, where she left school early and worked in the kitchen of  Dubrovnik Convalescent Hospital.

“I learnt to cook there,” Masia explains, reflecting on her youth in her home country.

Masia holds strong European family values close to her heart, and her young grandchildren are often toddling about the café on a weekend.

“We have four children, 10 grandchildren, one great-grandchild and one more on the way,” Masia beams proudly.

When Masia began working at the 74 Delicatessen and Sandwich Bar, she couldn’t speak much English.

Through her cooking and interactions with customers, she learnt to speak English and tell her story.

However she brought with her a slice of eastern Europe to Sale, which can still be found in the homely wooden furnishings and décor.

During her 32 years, Masia has watched countless small businesses in town open and close their doors.

It is undeniable that her success is due to her European roots of family values, helping others and a love of good food.

The Victorian Small Business Festival took place in August, and Wellington Shire once again worked in partnership to celebrate small businesses in the region.