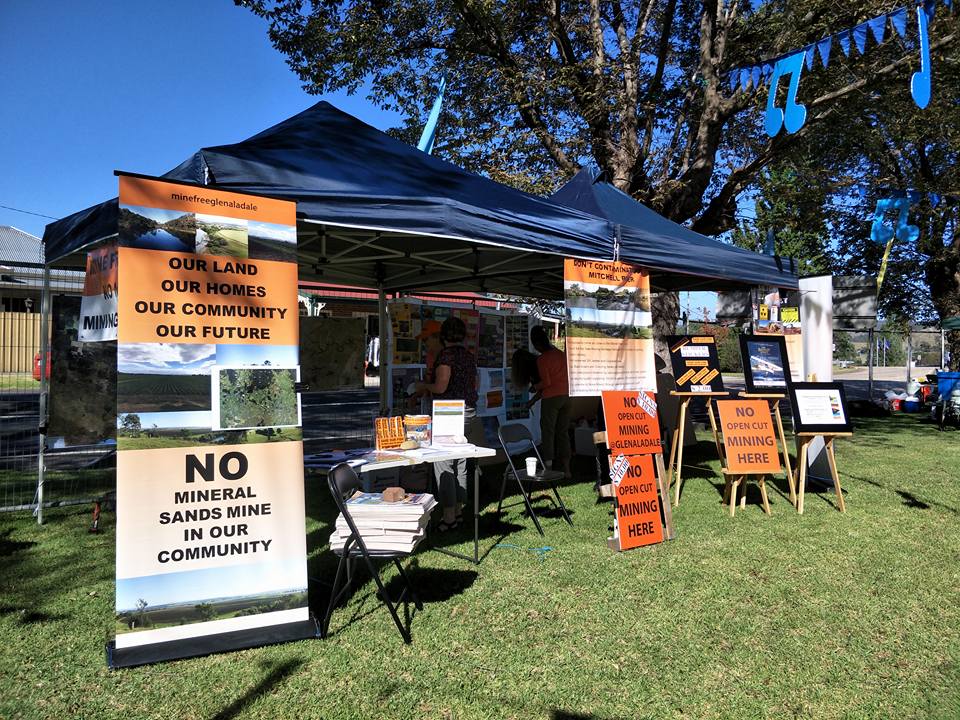 MINE-Free Glenaladale has not been directly advised by Kalbar what the changes to its project will entail, and spokesperson Pat Williams said it was waiting for the revised project description to be posted on Kalbar’s website.

“One of our members tried to get more information from Kalbar. All he was told was that the new project area was 1675 hectares (an increase of more 200 hectares) and that there would be a revised project description on their website in a few days,” Pat Williams said.

“So the only information we have to go on is the interview with Kalbar spokesman Martin Richardson.”

Mine-Free Glenaladale believes rather than being “refinements”, the extra processing plant for rare earths, as well as zircon and titanium, and the new mine path, are significant and substantial changes to the original proposal that was put to the referral for the environmental effects statement.

“It is unfathomable that as an effectively different project, they shouldn’t be required put in a new referral to allow for public comment,” Pat Williams said.

“Rare earth mining and processing has very bad press around the world.

“We understand there are only a handful of rare earth mines in Australia, and none in areas where there are so many conflicting land uses and such potential damage to the environment.”

Concerns are also held about the possibility of high levels of radioactive elements thorium and uranium.

The intervention of the mining warden with some affected landowners to effect mediation with Kalbar has also been viewed by the group as intimidatory.

Mine-Free Glenaladale has called on Kalbar to hold a “whole of community” meeting so people can hear the same information at the same time and get the opportunity to ask questions.