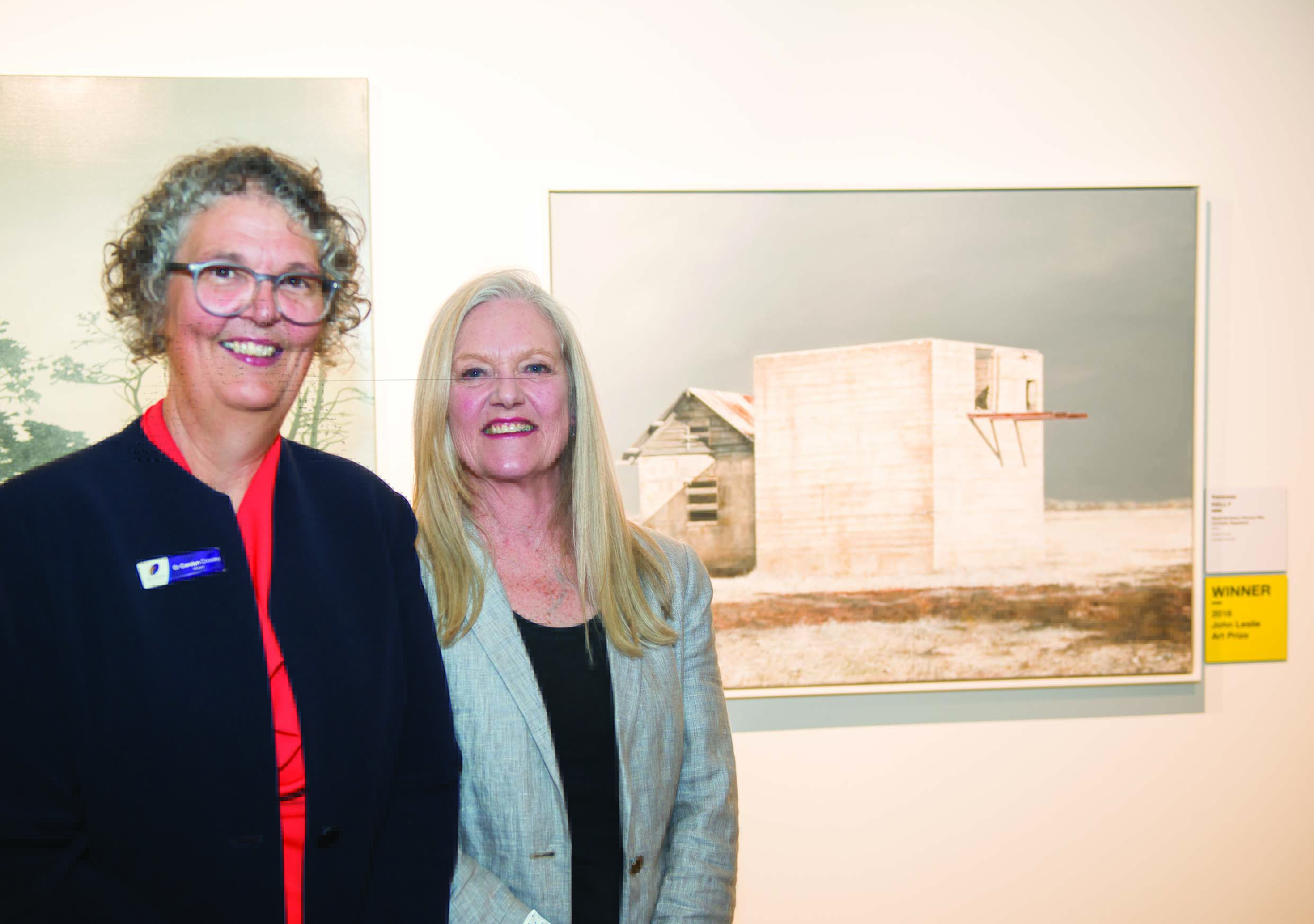 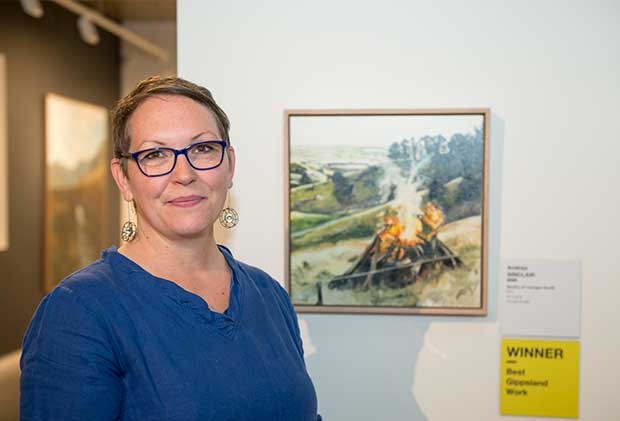 MELBOURNE-based artist Vanessa Kelly has been announced as the winner of the John Leslie Art Prize 2018 at the Gippsland Art Gallery.

The announcement was made by Wellington Shire mayor Carolyn Crossley at the official gala opening on Friday night.

Kelly’s enigmatic painting Wyatt Brothers Chicory Kiln, Corinella Gippsland depicts the historic kiln at Corinella near Phillip Island, built to dry the roots of the chicory plant, once used as a coffee substitute.

Her luminous painting elegantly and economically conveys the melancholy of the decaying structure.

Frost described Kelly’s work as “a striking painting from the point of view of composition, colour and light”.

“The light grey against the dark grey is very effective,” he added.

“The use of local Gippsland subject matter is interesting.

“This is a uniquely Australian landscape, in that it is marked by time.

“In regional areas buildings don’t get suddenly erased, as they do in the city, they just slowly weather away.

“This painting records an instance of that”.

Frost also praised the execution of the work, noting “the painting is in a realist style but it’s not overdone, it’s quite subtle”.

“It’s quite painterly in the way the artist has dealt with surface.

“There’s a balance between something impressionistic and something illustrative.

“The artist has found a beautiful balance between the two.”

Kelly spent her early years growing up in country Victoria before relocating to urban Melbourne, where she paints the recurring themes of landscape, space and texture.

Earlier this year she was awarded the King Valley Art Show Grand Prize, and has been a finalist of numerous other art prizes.

She has been painting and exhibiting regularly since the late 1970s.

As winner of the John Leslie Art Prize, her painting has been automatically acquired by the Gippsland Art Gallery.

The small oil on panel work impressed judge Andrew Frost for its luminosity and the way the paint had been used.

“It has that sense of place but also of light,” he observed.

“It is ineffably Australian in its treatment, and conveys a sense of regional Australia.

“It’s not romanticising the subject; it’s about a real place.

“It has a beautiful ‘you are here’ feeling that we associate intimately with the experience.”

The John Leslie Art Prize is one of Australia’s most prestigious prizes for landscape painting.

The continuation of the prize is due to the generosity of the John Leslie Foundation.

The prize is staged every second year, and previous winners include David Keeling (2000),

This year, the gallery received a record 493 entries from all states of Australia, and the shortlist of 59 finalists will be on show until November 25.