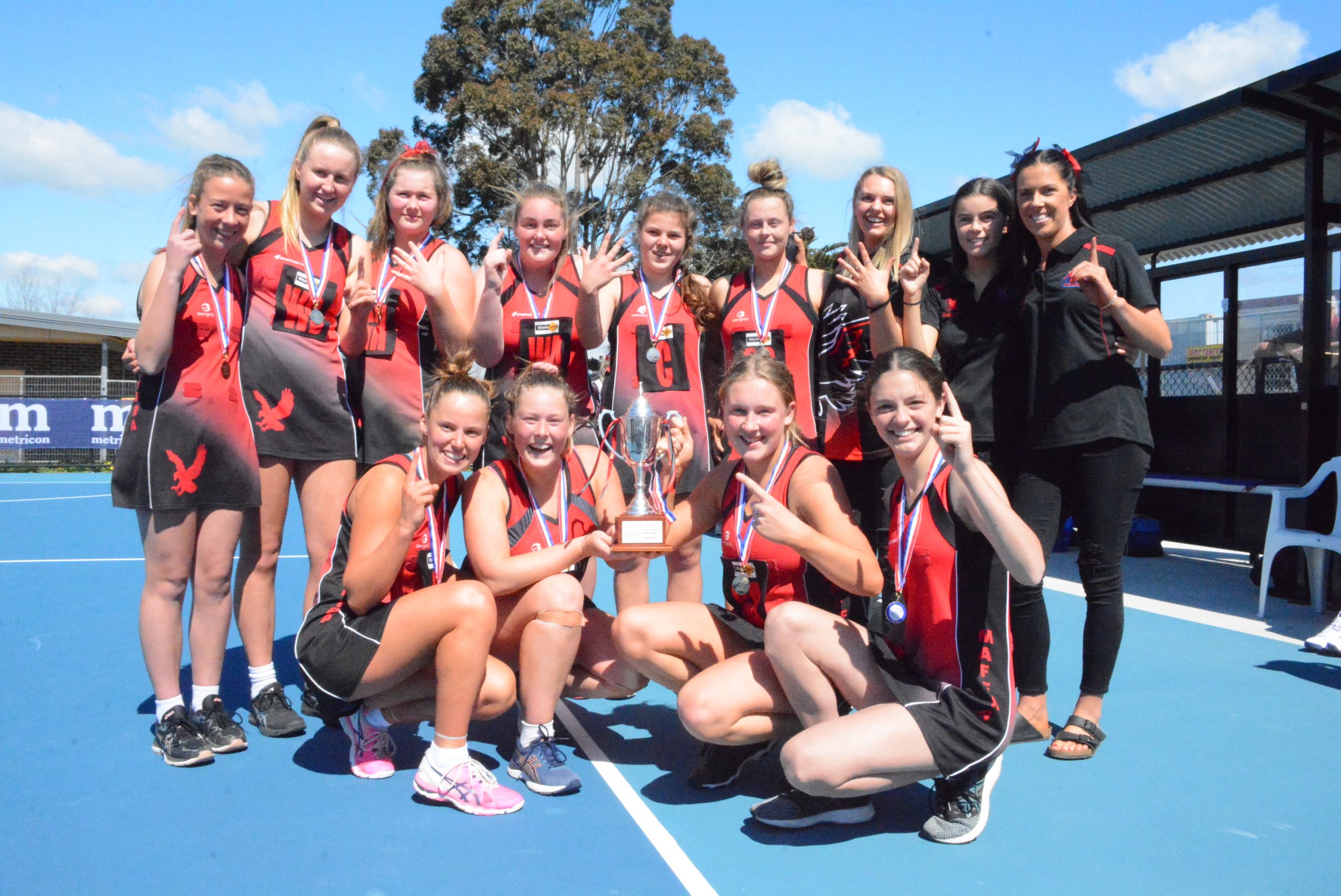 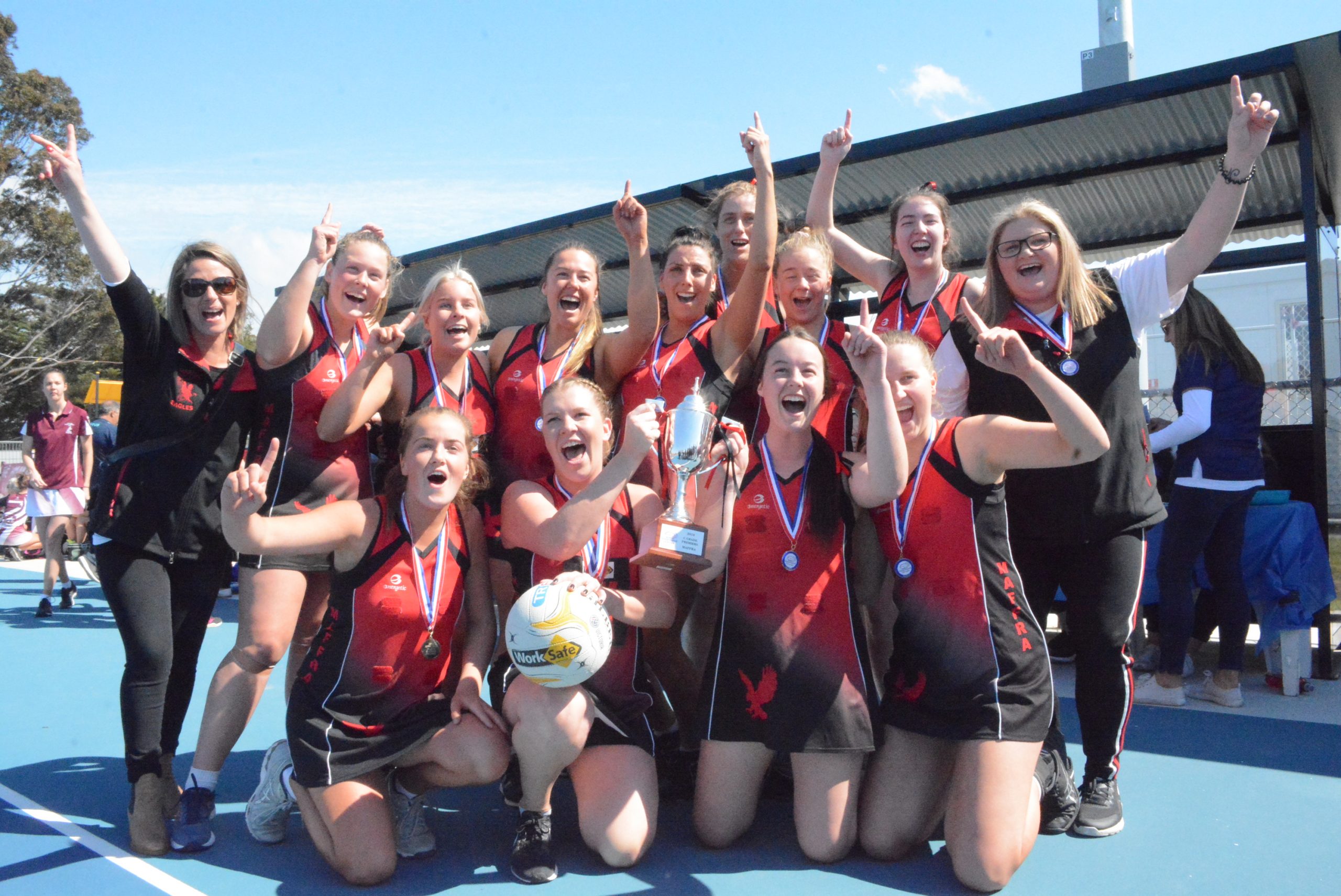 MAFFRA sealed back-to-back Gippsland League under 17s netball premierships, after a 43-35 upset win over Traralgon at the weekend.

From the outset, the Eagles set the pace of the game, with four minutes ticking by without a Maroons goal marked on the scoreboard.

Keeping spectators on their toes, Traralgon kept close on the Eagles’ tail, even swapping leads with Maffra by a goal or two throughout the first half.

The Maroons’ reliance on changing players, calling time to swap players up to twice a quarter, seemingly denied them from accumulating rhythm, never gaining enough momentum to accelerate away.

An onslaught of Eagles’ goals late in the third quarter put Maffra eight goals ahead at three quarter-time. With both teams showing signs of fatigue in the final quarter, Traralgon launched a last ditch campaign, managing to climb back and worry Maffra supporters, but a couple of crucial intercepts in the Eagles’ favour sealed the win.

Maffra’s midcourt was instrumental in the victory, with solid passing and feeding from wing attack Maddie Davis and centre Emma Allman. Allman was awarded best-on-court, with razor sharp reflexes giving the Eagles the advantage in intense defensive pressure.

League best-and-fairest Leyla Berry put on her best performance of the finals, rebounding particularly well under the ring.

The Eagles defeated Traralgon again, by a single goal, 38 to 39. Maffra took the lead early, going into the first change with a four-goal lead.

Desperate to show the minor premiers the finals series is no cake walk, the Maroons surged and had the lead by three goals at half-time.

Giving the spectators their entry fee’s worth, the two teams locked horns in the second half, going goal for goal and swapping the lead multiple times.

In the final minutes, the defensive pressure up either end sent the ball back down the court, with both teams’ goalers unable to score.

Maffra returned to the steady game it was renowned for this season, capitalising through short and sharp passing, and scoring the winning goal 10 seconds before the final whistle.

The Eagles credited the win to stable transitioning from their defensive end, with league C grade best-and-fairest Sarah Edey in goal defence and best-on-court Megan Raine in goal keeper composing to put up a calm and focussed defence.