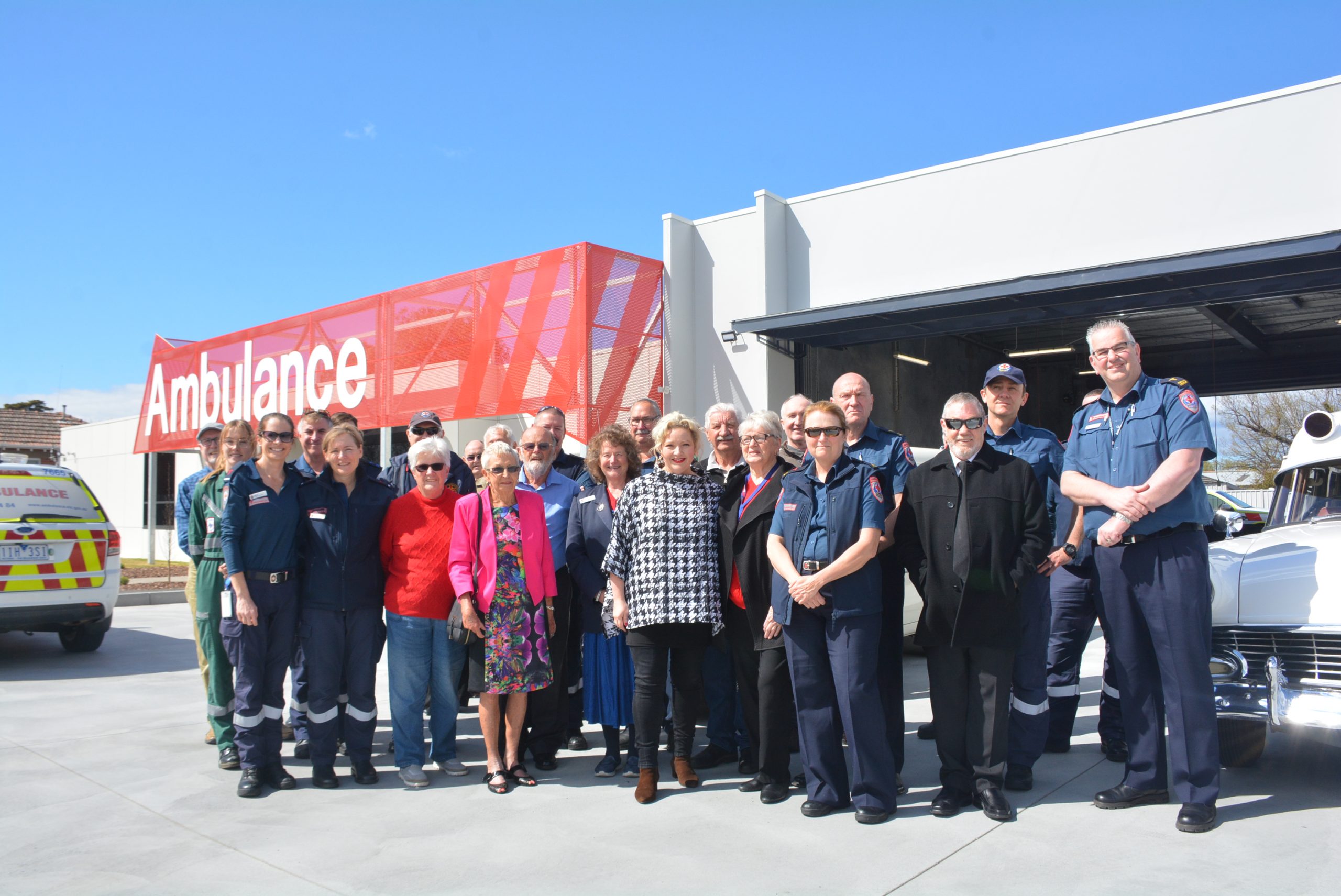 It was something of a reunion for the minister and ambulance service officials, with some of them sharing a strong family connection to the town.

Addressing the crowd, she spoke of the importance of having modern, well equipped ambulance facilities in regional areas like Sale so that paramedics received quality training and patients received better care, which were linked directly to better health outcomes.

She said investment in ambulance infrastructure was resulting in better response times and worldclass training.

“The data tells us that response times have never been better, and patients are benefitting from new and improved technology,” she said.

“Our paramedics are among the best in the world.”

The latest response times data shows 57.9 per cent of ambulances now arriving within 15 minutes for Code One emergencies in the Wellington Shire — up from 54.5 per cent 12 months prior.

The average time for an ambulance to reach the scene of a Code 1 emergency in Wellington Shire has improved from 17.32 minutes to 16.55 minutes.

Better staff morale and mental health was also a spin-off to improving the state’s ambulance facilities by providing comfortable, shared environments where paramedics could “share and reflect”,

support each other and “have a laugh” after a shift.

Acknowledging the challenges of the work, Ms Hennessy said “we must put the mental health of paramedics front and centre”.

“I’m giving an assurance that I’ll support you in terms of funding and ensuring we are all good ambassadors for the good work you do,” she told the ambulance community.

“I’m hanging onto your coat tails a little bit.”

Professor Stephens said he considered the Sale station “the best of our places”, and Ambulance Victoria was grateful for the government’s investment.

“Gippsland has been part of a very big investment, and this will go a long way toward improving health care in rural regional Victoria and ensuring our paramedics keep getting the best training,” he said.

The state government announced the Sale station rebuild in 2015, as part of a $20 million investment to modernise and upgrade ambulance facilities across Victoria.

The station was more than 50 years old and lacked training space and adequate rest facilities.

The Sale branch supports up to 28 paramedics including one 24 hour team, a peak period unit and a MICA single responder unit.

Last year, the government announced it would “fast-track” a new paramedic team in Sale and a new vehicle as part of its $500 million commitment to cut ambulance response times and employ 450 new paramedics across Victoria.

While in Sale on Wednesday, Ms Hennessy announced the state government had just secured land for a proposed ambulance station at Moe, and planning for the development was underway.