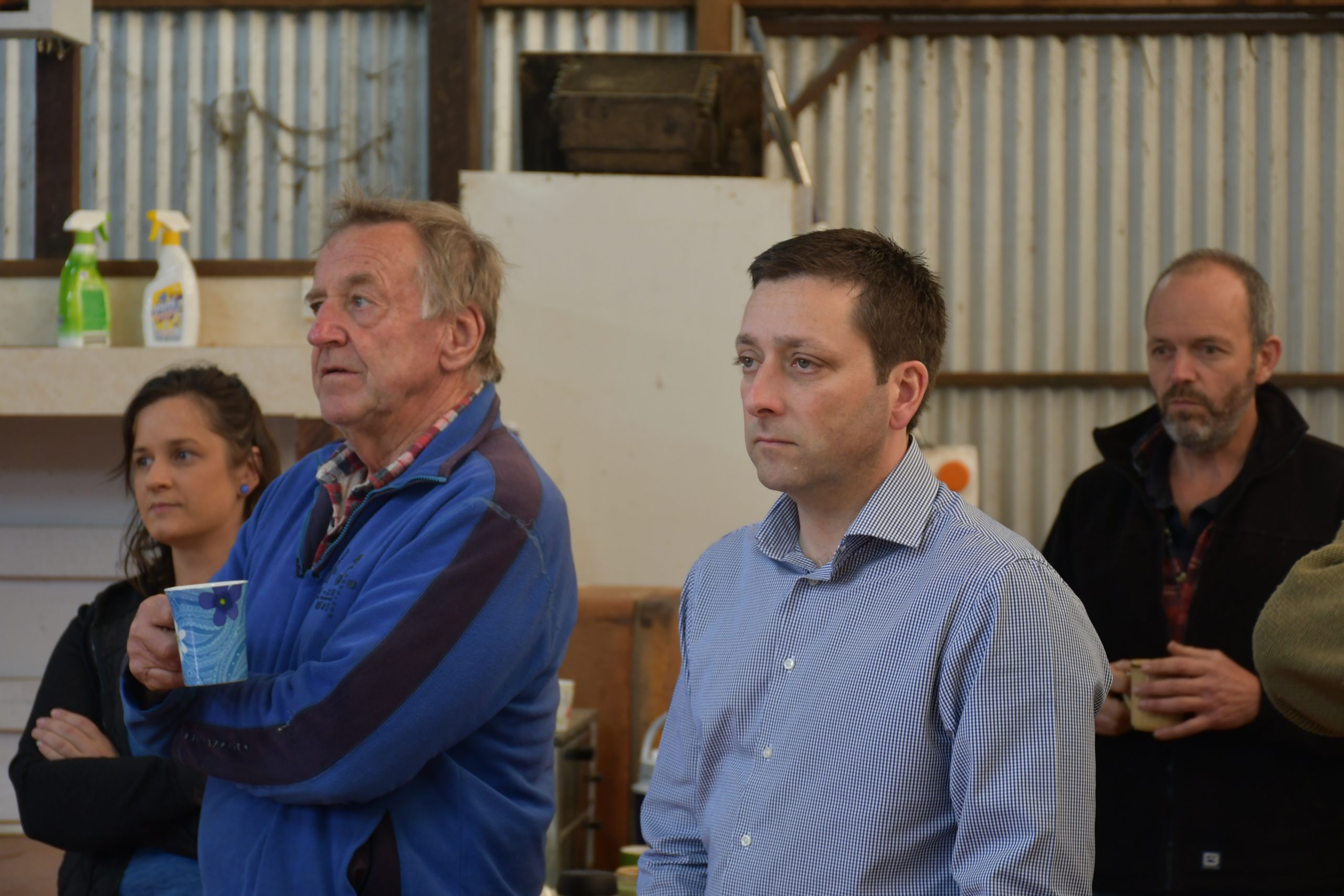 Mr Guy visited a sheep stud near Briagolong on Tuesday to speak with farmers affected by the drought.

Local farmers were invited to share their thoughts with visiting politicians, and ideas such as a hiatus on council rates, creating a level playing field with other industries and states in terms of subsidies, and the need for long term support were discussed.

In particular, an investment in agricultural education was pushed by some farmers, noting the need to create a more attractive industry to school leavers to keep farming sustainable.

“We need to look at immediate relief in relation to rates, there needs to be relief for farmers for destroying pest stock on their properties, and these kind of actions need to be pursued very, very quickly,” he said.

“Government needs to be more attuned to the fact that it’s not just farming communities, it is right through the towns out here in east Gippsland, and also in northern Victoria, who are doing it very tough from this drought and [they have endured] up to 18 months, maybe two years of very difficult conditions.”

Suspending council rates for agricultural properties was an easy and rapid response, he added, saying it had been done before.

“In the past there’s been a six month hiatus where the state government’s worked with local governments — the state’s funded the local government where they’ve literally ceased collection of rates from agricultural properties for a certain period of time,” he said.

Several farmers agreed action on rates was needed, including John Freeman, who hosted the gathering on his farm.

“It’s rates straight off — that’d be the quickest and easiest and fairest way at the moment,” he said.

“Fodder is getting that much harder to get and purchase with these prices.

“Another farmer nearby, John Noble, agreed.

“I think it would make it so much easier than anything else to administer (a rates hiatus) … it would be, to me, fair and reasonable,” he said.

Wellington Shire mayor Carolyn Crossley has not ruled out a rates hiatus, but it would need state government support.

“Wellington Shire would welcome the opportunity to work with the state government on a program where the state provides council rate subsidies for drought-impacted farmers,” she said.

“Our farming community is saying that rate relief is important and should be part of an overall drought relief program.

“In addition to any short-term relief packages, we also need to remain focussed on programs that will support longer term sustainability and viability of our critical agricultural economy.”

Mr Noble added fertiliser subsidies could be beneficial for all types of farmers.

“I think they just want to make it hard to get and make people give up on it,” he said.

“It says it’ll take you 15 minutes to fill out online.

“I think they should have said five hours.

“They want all kinds of verification of your identity, and rates notices.”

He said supporting younger farmers through this difficult period was also something to keep in mind.

“Traineeships (are) probably not being promoted sufficiently,” he said.

“I’d love to have a trainee and pass on some of the stuff I have in my head … but in the middle of the drought I can’t afford it.”

Mr Guy avoided a question on climate policy, saying he was focused on short term relief, but long term, more could be done to support on-farm infrastructure investment.

“You can’t prevent drought, it’s as simple as that, but you can react to it if we can prepare our farmers for what comes,” he said.

“That’s where it comes to supporting farmers, whether that’s better water systems, silage, others, that’s all there, but that is a longer term production.

“At this point in time, we need to do what we can to save these industries, or come the next drought there won’t be farming communities that we see today.

“They just won’t be here because they won’t survive this one.”