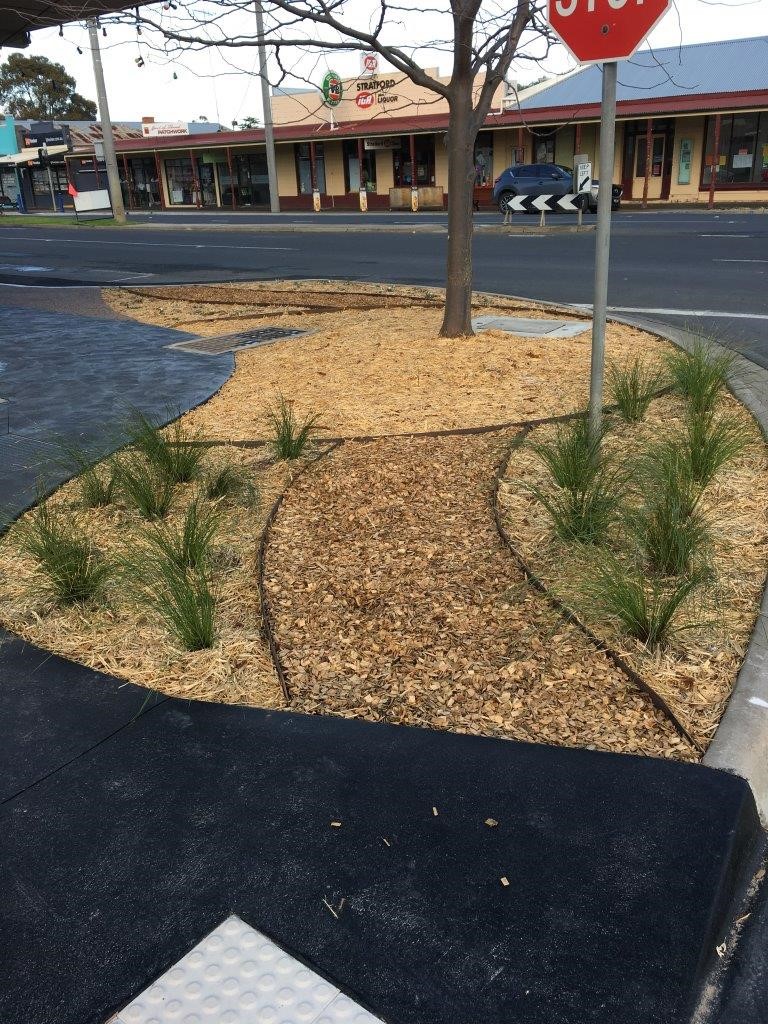 THE streets of Stratford have received a facelift, with a $1.1 million streetscape project recently completed by Wellington Shire Council.

Stratford has new footpaths, kerb and channel, new gardens and tree planting in Tyers, Blackburn and Raymond Sts, completed in time for the recent ‘Stratfords of the World’ celebration.

A council spokesperson said considerable work had been undertaken to consult with business owners during the construction phase, to minimise disruption and ensure key shopping and tourism times were not affected.

Council is also preparing for the official unveiling of the ‘Birdie’ sculpture in Stratford Memorial Park.

The sculpture has been created to commemorate the former Infant Welfare Centre that stood in the park from 1953 to 2014.

Much work has been undertaken by project director Gillian Haig, who followed up the history of the centre and found it was built after considerable community fundraising.

It was the brainchild of Birdie (Sarah) Stewart, who wanted a place where nursing mothers could meet while their husbands were at the saleyards in Stratford.

The building was multi-use, with the Infant Welfare Centre situated there, along with the Stratford CWA, Red Cross and Stratford Senior Citizens Club at different times.

Wellington Shire councillor Carmel Ripper will officiate at the official opening on October 28.