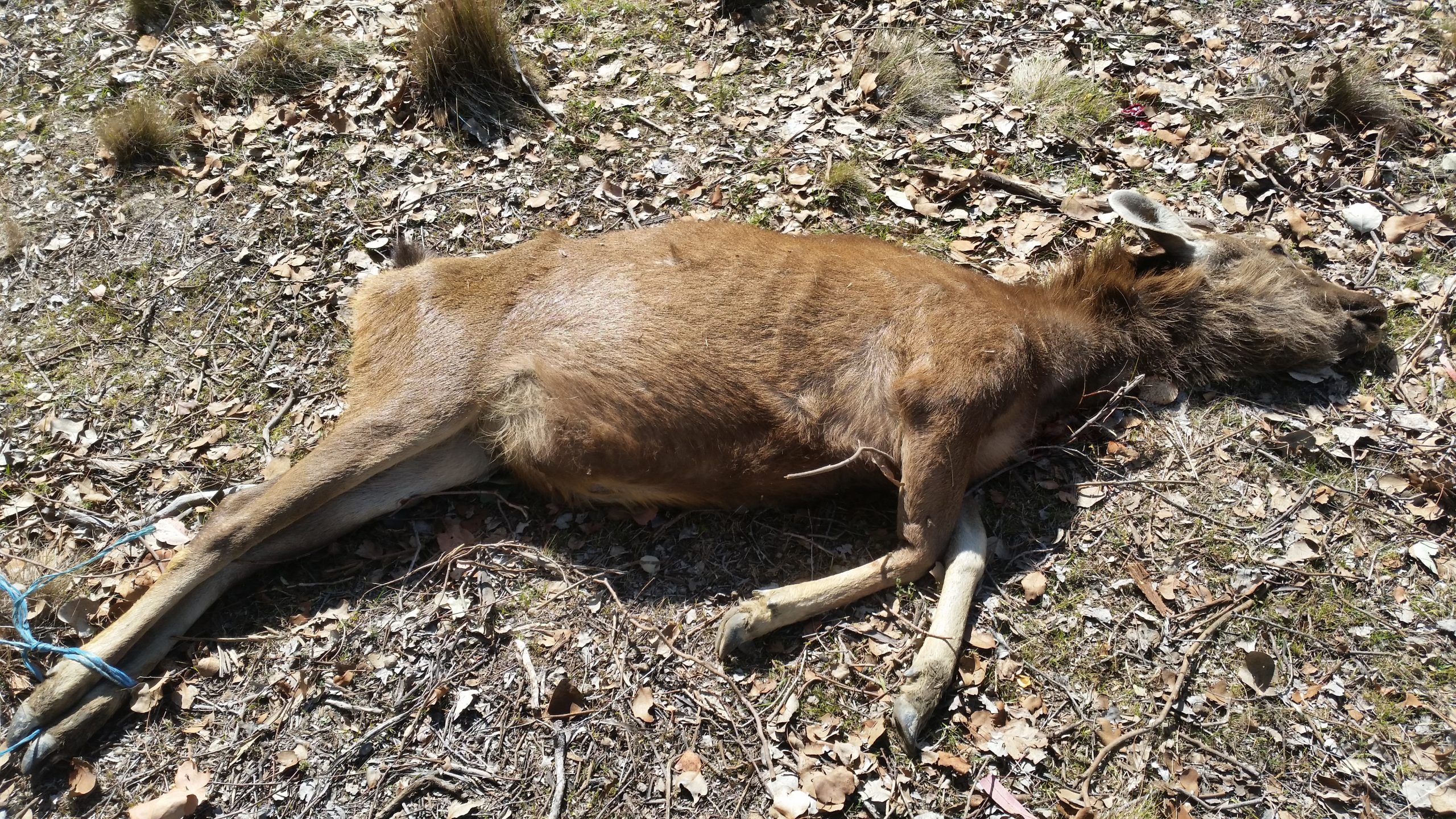 GIPPSLAND hunters are experiencing a knock-on affect of the drought as starving deer compete for dwindling food sources, and hunting bodies predict a population “crash”.

The Australian Deer Association says the dire situation is the beginning of a drastic drop in deer numbers throughout the state.

Shooters are reporting that deer around the Wellington Shire are increasingly foraging in townships and on roadsides, but are in extremely poor condition and too thin to salvage meat from.

Sale hunter Steve Zimmer, who has harvested deer as a source of food for more than 30 years, said he was shocked at the condition of deer he recently harvested from near Briagolong.

Mr Zimmer said he was seeing more deer in open areas, as they desperately searched for food.

“There’s not much food out in the bush for them, so they are coming into townships and farms in search of food,” he said.

“But they are so skinny, they’re no good to keep for meat.”

He said the increased sightings of deer coming out of the bush led to the perception that numbers were increasing.

“We have been predicting a crash in deer numbers and I think that’s what we’re starting to see,” he said.

“In the bush there’s no food left, and deer are moving out.”

Mr Howlett said while numbers had increased after the 2009 Black Saturday bushfires, the increase could not go on, as food became scarcer and deer moved to more open areas.

“It’s always difficult to accurately measure numbers, but we believe this is the start of a crash — perhaps not as bad as 10 years ago, but there will be a crash.”

“We had a boom in deer numbers after the fires, but it’s now washing out because of the drought and other factors such as hunting,” he said.

“There’s less vegetation in the bush and that’s definitely putting pressure on the number of Sambar deer.”

The government has just released a draft deer management strategy, which includes opening up 90,000 hectares of the Alpine National Park to deer hunting and reducing red tape for hunters and businesses who want to process slain deer for eating.

With increasing concerns about deer numbers in alpine regions, Parks Victoria is currently undertaking a deer cull trial, with professional shooters spending up to four days between October 8 and 26 shooting deer from helicopters.

Estimates have varied, but there could be one million deer in the state — possibly increasing at the rate of 200,000 to 300,000 a year before the drought hit.