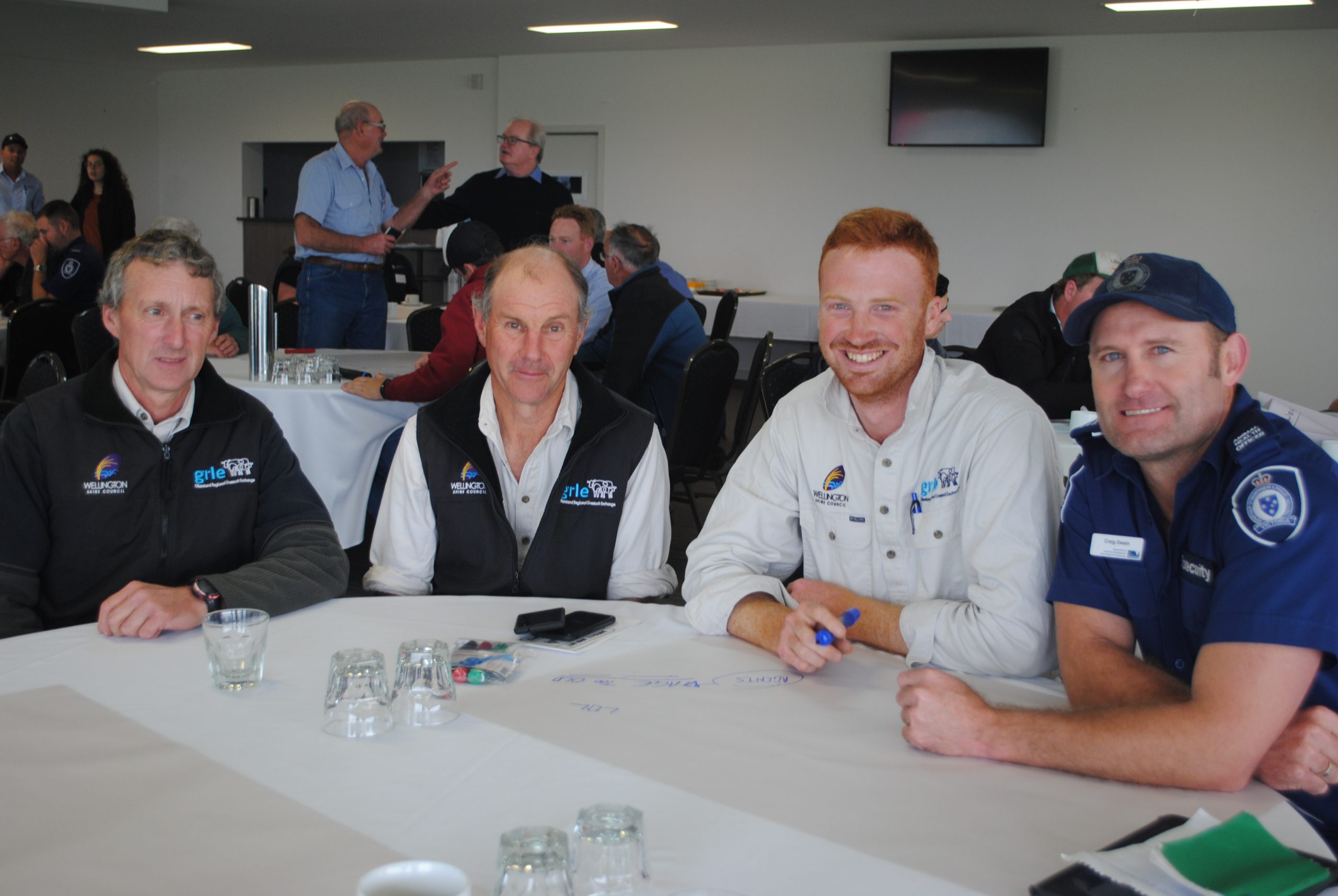 SHEEP and cattle prices at the Gippsland Regional Livestock Exchange remain good, and in many instances are out-competing other regional saleyards, participants at a seminar on the future of the saleyards were told on Tuesday.

Despite the gloom-and-doom sentiment around low numbers and dry conditions, and amid fears that farmers are sending stock to saleyards in other regions, Brendan Fletcher from the Meat and Livestock Association said stock prices were up, and figures showed that Sale’s GRLE sales were strong, and getting stronger.

“Cows were dearer [at Sale] today and cheaper last week,” he said.

Tuesday’s seminar — attended by about 30 farmers, council officers and industry representatives — was the first ‘steakholder’ seminar aimed at determining a plan for the saleyard’s future and looking at ways to increase throughput.

The council spent $3.3 million on the facility and is hoping to maintain it as a quality livestock selling facility in the shire.

There was a mix of good and bad news for stakeholders at the seminar, with sales “resilient”, but weather predictions poor.

Caroline Love from Agriculture Victoria said climate predictions showed there was little hope on the horizon for drought-breaking rain, but the state government was increasing support programs.

She said the just-announced state government $5000 infrastructure grants were in direct response to the increasingly dry conditions, while Agriculture Victoria was providing a range of support programs, including new one-on-one consultations.

In addition, an education program for young farmers would be held in Sale in December, to help any farmers “who want to learn” how to better plan and manage farms and finances, particularly in drought.

NAB agribusiness economist Mark McDonald had only positive things to say about the demand for beef and sheep products, particularly the insatiable appetite for Australian wool in China, fuelled largely by the growth of the active wear industry.

The MLA’s Brendan Wade said he believed the future for the state’s saleyards was in technologydriven sales.

He said while many people still wanted “realtime” sales, the move towards technology-driven sales would shape the saleyard’s future, and councils and organisation must “work together” to help that happen.

“The technology is there,” he said.

Leading animal health officer from Agriculture Victoria, Craig Swan, gave a ‘Fit to Load’ talk and provided some guidelines on health, food and rest requirements for animals, as well as some confronting, pictorial examples of inappropriate animal management.

“All parties involved in the movement of livestock must take care to assess the condition of their cattle and the weather conditions, as well as the duration of travel, and ensure that adequate food and rest is provided to meet the needs of livestock,” he said.

After the talks, participants brainstormed ideas on what has worked and what hasn’t for the GRLE, and what Wellington Shire council can do to work with locals to improve the service.