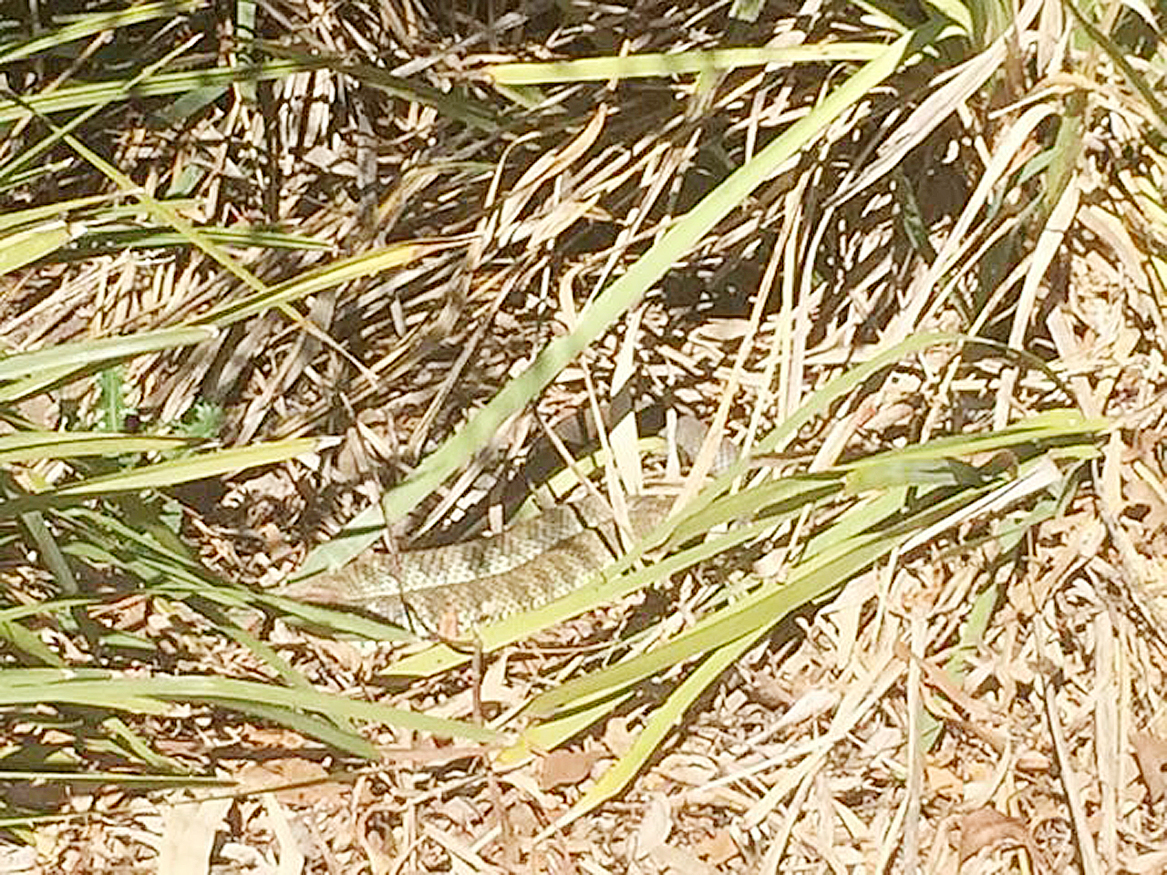 THE capture of a massive Tiger Snake at Lake Guyatt in Sale at the weekend is a stark reminder not to be complacent about the reptiles, according to a Gippsland snake catcher.

The almost two-metre long snake was captured by a licensed snake catcher on Sunday afternoon, after it was spotted sunning itself near the maze, not far from where children play.

Snake catcher Kathleen Cropley from Snakes Alive Gippsland said spring and the warmer weather had brought snakes out of hibernation, and they were “hungry and looking for love”.

She said she had also recently seen a Red-Bellied Black snake on the South Gippsland Highway.

“It’s a real reminder that people should be super vigilant when outside, as snakes are definitely out and about now,” she said.

“Snakes often just look like a piece of stick or a bit of grass, so people have to be aware that they are likely to be out there in the grass

“And it’s going to get worse, with the lack of rain and limited food availability such as frogs.”

Ms Cropley said it was lucky the tiger snake she caught on Sunday was “not very feisty”, and was easily captured and relocated.

Snakes are protected under the Wildlife Act 1975, and can only be removed by a licensed snake catcher.

It is illegal to hurt or touch a snake, and fines apply.

Department of Environment, Land, Water and Planning forest and wildlife officer Lachlan Clarke said recent sunny weather coincided with snake sightings, and more people were spending time in their gardens or in parks and forests.

“As people and snakes become more active it is quite possible they’ll encounter each other while enjoying the outdoors,” he said.

“These species are all highly venomous, but it’s rare for them to bite people,” Mr Clarke said.

“However, they are known to bite animals when disturbed.

“If you are a pet owner and your dog or cat encounters a snake causing you concern, the best course of action is to remove your pet from the area or tie it up while the snake passes.

“Snakes are generally very shy and prefer to keep away from people — often snakes are found in backyards because they are passing through on their way to other habitat.

“Being aware that snakes may be around and being informed about how to react to them is very important at this time of year.”

Some key advice about living in or visiting an area with snakes:

• In instances of snake sightings, keep calm and move people and pets way away from the snake;

• Never touch or attempt to capture or hurt a snake — instead phone DELWP customer service centre on 136 186, which will provide advice and contacts for licensed snake catchers;

• Clean up around the house and cut lawns regularly. Snakes are attracted to shelter such as piles of rocks and timber, sheets of metal, or building materials;