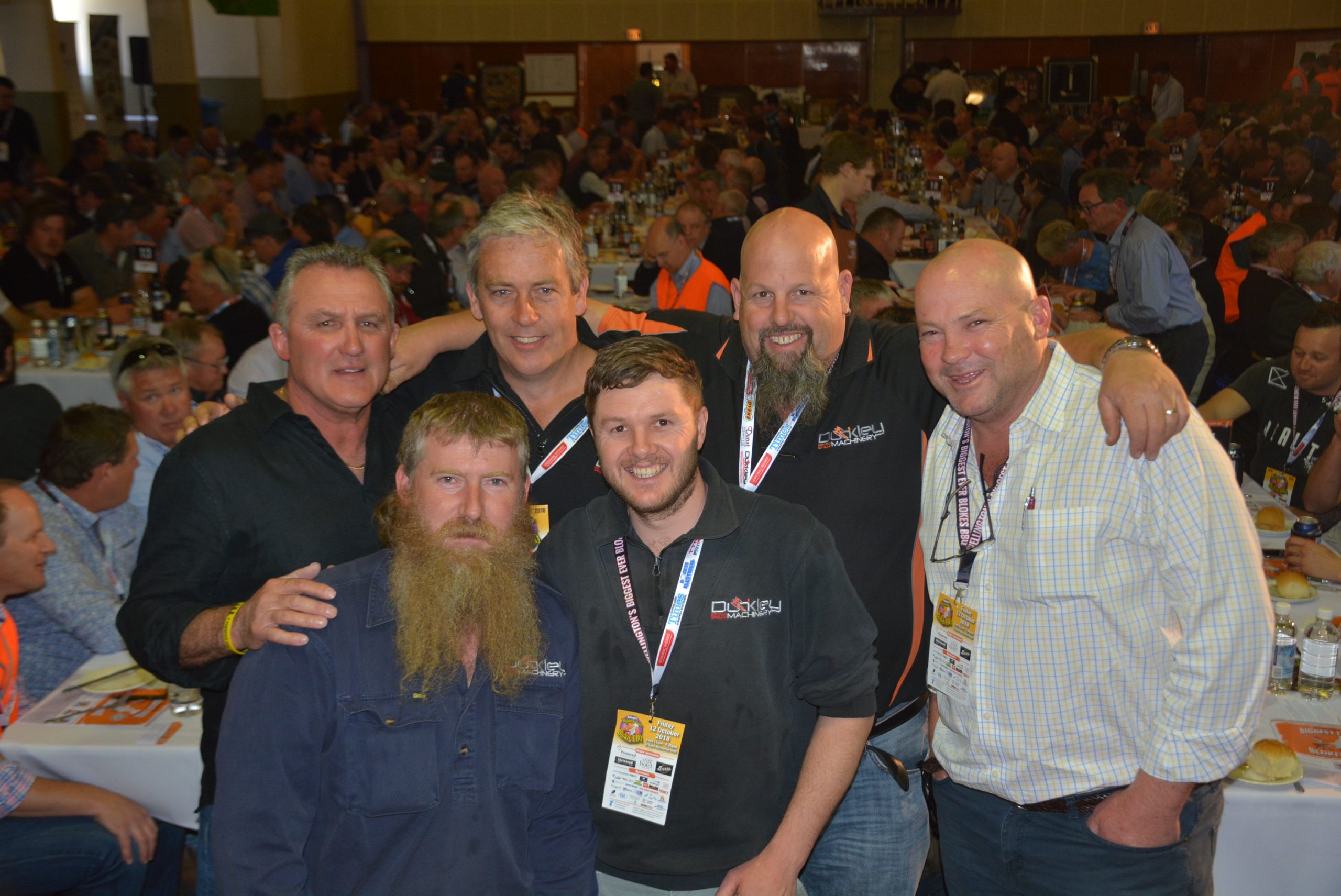 ABOUT 420 blokes from all over Gippsland and beyond came to Sale on Friday to share some time, company and tucker at the Biggest Ever Blokes Barbecue.

The event raised more than $90,000, which will be split 50-50 between the Prostate Cancer Foundation of Australia and Central Gippsland Health.

A total $120,000 is being provided over three years to fund a part time prostate cancer nurse at CGH.

Football favourite and guest speaker Doug Hawkins is a strong supporter of the event, and spoke of the importance of helping men to be healthy in mind and body.

“I’ve seen lives turned around through things like this, supporting men and helping them overcome issues,” he said.

“It’s a fantastic event and provides great support for men and for prostate cancer research.”

The brainchild of the late Chris McPherson AM, the Biggest Ever Blokes Barbecue concept has grown into the Prostate Cancer Foundation’s largest community fundraiser in Australia.

Since its beginnings in Shepparton in 2009, a total of 20,000 people have attended lunches and more than $2.7 million has been raised for the foundation.

Attendees at the Sale event enjoyed a chat and a beer in the warm sunshine before the lunch, heading inside Sale Memorial Hall just after noon for the auction and to listen to some inspiring motivational speakers.

Newcomer to the lunch, cabinet maker Jake Bailey, said he was encouraged to come along by other workmates, and “loved it”.

“There were great speakers and its a good day out,” he said.

Colleague Brian Casey said it was a great “tradies day out”.

“For those of us who work in situations where we don’t often get see other tradies, it’s a nice get-together.”

The Sale lunch was one of 11 held around the country.

Committee member and Wellington Shire councillor Ian Bye said the event was sold out, as it had been every year since it began in the shire four years ago.