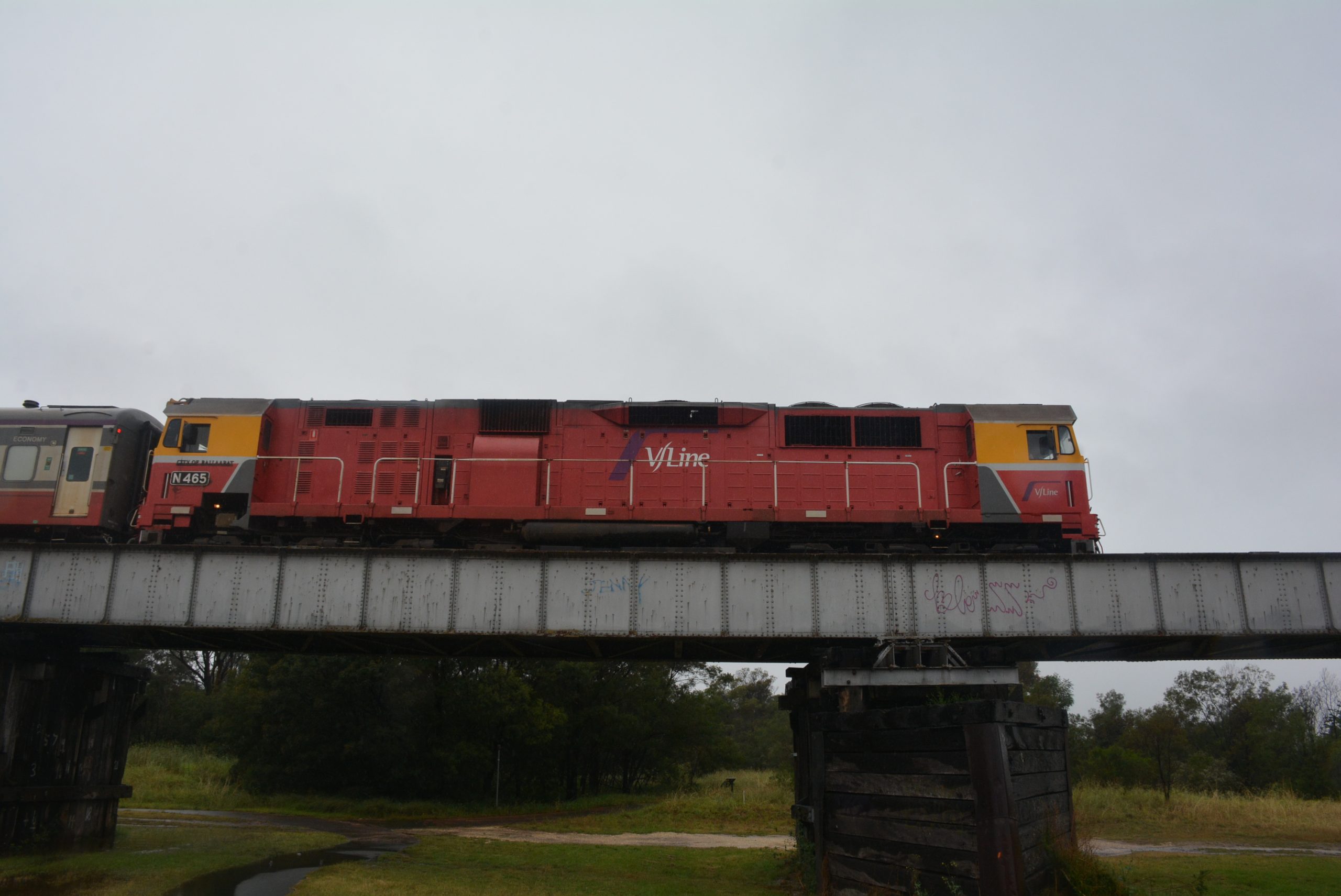 THE first of many local contractors has been awarded work to support the planning phase for the new rail bridge over the Avon River at Stratford.

Preparatory works are now underway, and local contractors are already beginning to reap the rewards of this $95 million project.

OnePlan Land Development Group, which has offices in Bairnsdale and Beaconsfield, on Monday began cadastral surveying at the Avon River site, and will complete the work over the next two weeks.

The survey will determine where the existing property boundaries are around the bridge site and is a necessary part of the planning process.

The Gippsland line upgrade is now a program participant with GROW Gippsland to maximise local and social employment and procurement opportunities.

The $530 million Gippsland line upgrade will deliver improved train services to growing communities in Gippsland and create hundreds of jobs.

Work to select a contractor to build the new rail bridge is also well advanced, and the request for the proposal phase for short listed contractors opened on Friday.

Rail Projects Victoria has short listed three contractors — Downer EDI Works, CPB Contractors and a Joint Venture between Coleman Rail and Decmil Southern — which will provide detailed proposals on how they plan to deliver the bridge.

These proposals are due early next year, and following an evaluation period, Rail Projects Victoria will award the design and construct contract mid-2019.

Construction on the bridge is targeted to begin late next year, with a target completion date of early 2021, subject to planning and environmental approvals.

State Public Transport Minister Jacinta Allan said the government wanted to see the bridge for locals be built by locals.

“The new rail bridge over Avon River is a vital part of the Gippsland line upgrade that will deliver new trains and boost services to Gippsland,” she said.

Eastern Victoria MLC Harriet Shing said the government was working hard to deliver this long-awaited transformation of train services to communities along the Gippsland line.

“As these works continue, we are seeing local businesses and companies getting involved, which is another important part of supporting our growing local economy,” she said.

Gippsland MHR Darren Chester said the federal government was providing $86 million toward the $95 million Avon River Bridge replacement, which would allow the train to travel through Stratford at faster speeds.

“This is part of the $504 million federal government funding that I announced last year for the Gippsland rail line upgrades, which will also include level crossing upgrades and track duplication works,” he said.

“These works will create hundreds of jobs in Gippsland, and importantly improve the speed and reliability of train services across Gippsland.”

“Having been told of two different completion dates that were 12 months apart by the state government, which is overseeing this federally-funded project, it is pleasing to have the confirmation on when construction is set to start and finish,” he said.

“This works timeline is something I have sought since the announcement of federal government funding, which was overseen by Darren Chester as the (federal transport) minister at the time.

“It is also pleasing to hear local contractors are being engaged in the planning stages, something I always advocate for on local projects.”