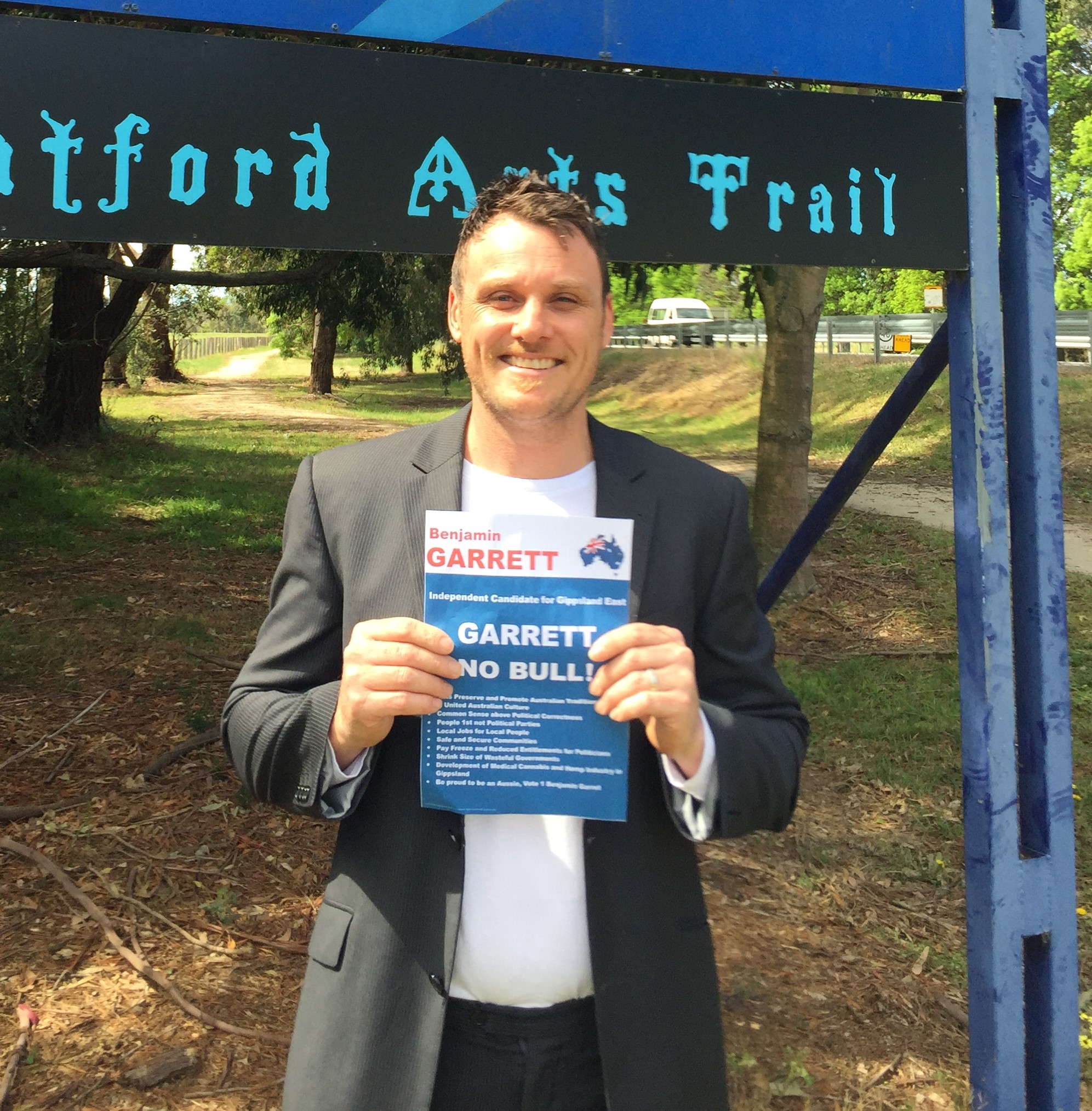 BENJAMIN Garrett from Stratford is the third independent candidate to put their hand up to contest the seat of Gippsland East in the November 24 state election.

Mr Garrett said most people had lost faith in the political system.

“It appears the majority of politicians are either looking after their own self interests, or the interests of their political parties,” he said.

He intends to undertake a ‘No Bull!’ campaign, working to bring attention to “real issues for real people”, such as preserving and promoting Australian traditions, common sense before political correctness, local jobs for local people, and developing a medical cannabis and hemp industry in Gippsland.

Mr Garrett wants people to send a clear message to politicians that they “work for you, not the other way round”.