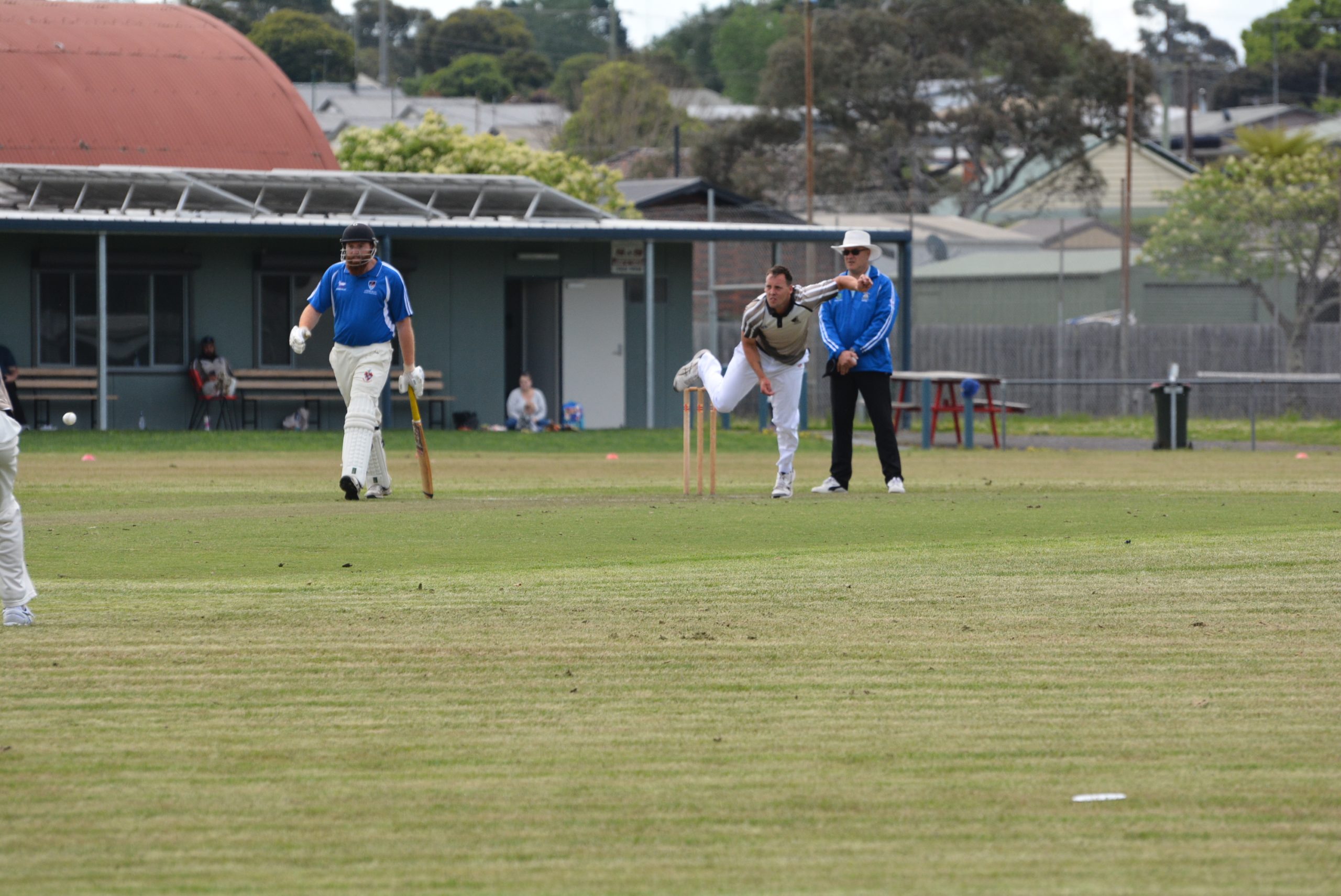 SALE-MAFFRA defeated Latrobe Valley during the first round of the Gippsland Cricket League season on Sunday.

The wet weather which saw a number of club level games across the region abandoned on Saturday, threatened to do the same for the GCL the following day. Fortunately, there were no significant downpours and players were able to take to the field for the opening round.

The picturesque ground and cloud cover offered a homely feel for the half a dozen English players who took part in the Latrobe Valley side.

A delayed start because of some damp spots on the pitch persuaded Latrobe Valley captain Blake Mills to bowl first after winning the toss.

Mills’ decision appeared justified when Sale Maffra stumbled to 7-98 with Toby Leed’s 34 the only significant score at the top of the order, before a critical 56-run partnership from numbers seven and nine Dylan Bolton (29) and Ben Jones (40), stretched out the final Sale Maffra total to 9-166.

For Latrobe Valley, Lewie Harper finished with 4-33, while a Jonty Rhodes-like run out by Ross Whelpdale using his superior pace from cover caught Josh Davis short of his ground.

In reply, Latrobe Valley would have been disappointed in its batting effort, as no one in the top six really went through.

A few players got starts, with Irishman Ross Allen the top scorer on 24, but all in all, too many players went out to soft dismissals, either shelling catches in close or holding out to men in the deep.

Sale-Maffra was well-served by Bolton who picked up three wickets, along with Brad Scott who took two.

Jack Tatterson also bowled tidily, going for only 12 runs off his six, while youngster Charlie Morrison looks a promising player, as he wrapped things up with the economical figures of 1-8.

Sale-Maffra opening bowler Todd Mann said it was pleasing the side was able to execute their plans.

“At drinks the game was still in the balance, so we knew we were going to have to bowl them out to win.”

“We had our chances to win but in the end the two things that let us down were bowling too many extras and trying to blast too many boundaries instead of rotating the strike.”

In the other matches Bairnsdale easily accounted for Leongatha and the match between Warragul and Traralgon was abandoned as there was still too much water on the pitch.

In the juniors, Sale-Maffra defeated Latrobe Valley in both the under 18s and under 16s matches.