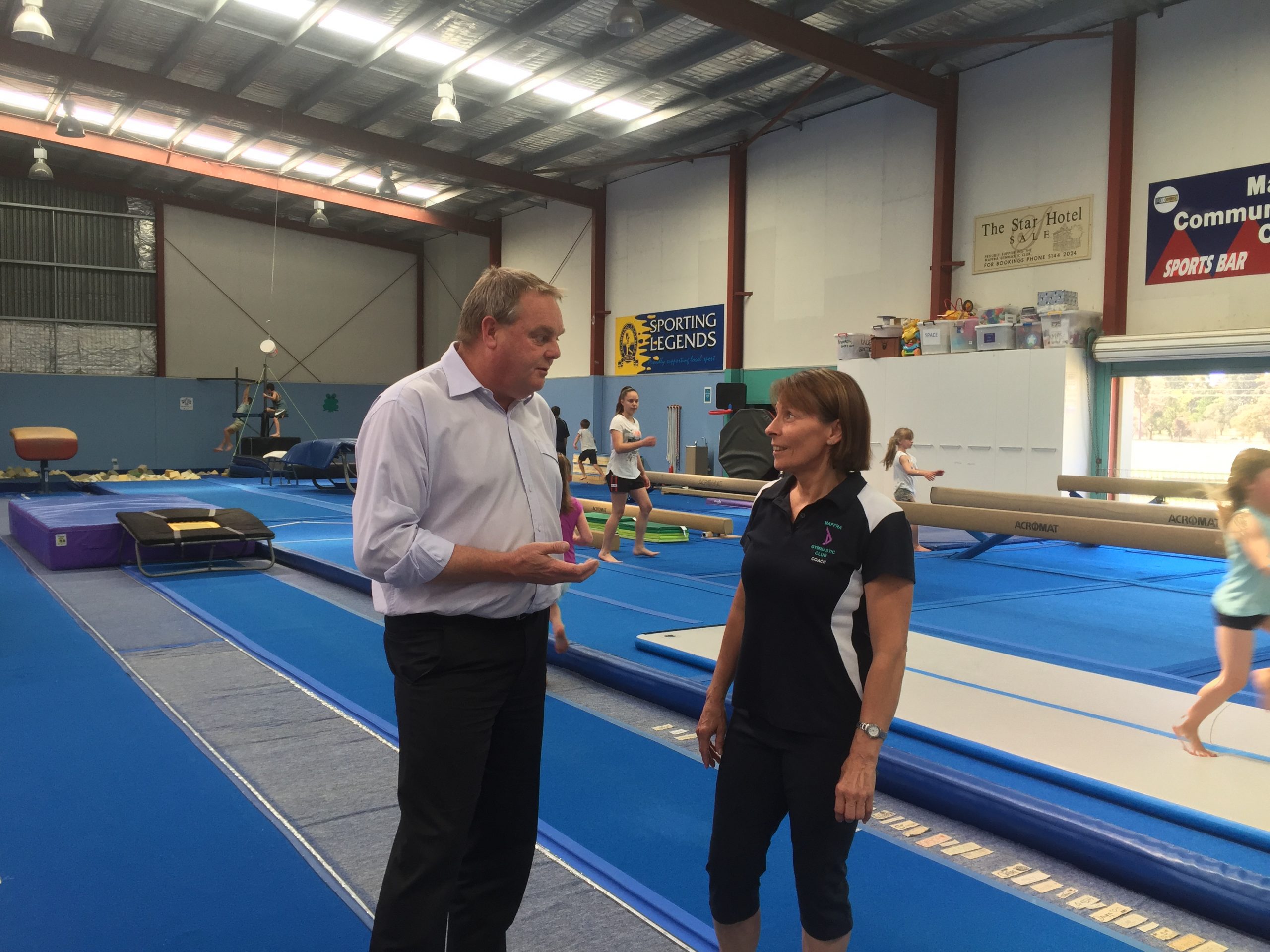 STATE government funding for major upgrades at the Cameron Sporting Complex in Maffra, home to a diverse range of sporting groups, is expected to be announced soon.

That is the view of Gippsland East MLA Tim Bull, who has worked to secure the funding for the project, including raising the importance of the matter in state parliament and writing a letter of support, to meet the needs of Maffra’s junior sporting community.

“The application for the redevelopment, which I have strongly supported, has been pending for some time, but I believe an announcement is imminent,” Mr Bull said.

“To secure this funding would be a great win for the community and the many who have got behind this project.

“Although this area is the base for a large range of sports, those indoor activities like gymnastics and basketball, have grown to the stage where bigger and more modern facilities are required, which is what I told parliament.

“I am a strong believer in sporting facilities being a great investment for communities. There is clear evidence that our children, who are placed around good role models and participate in team sport, are all the better for it.

“If we can get our kids into sport and activity and enjoying it, they will reap the benefits in their development as a person.”

The $7 million project includes two new indoor courts which will meet the needs of basketball, netball and volleyball, and extension of the gymnastics facilities.