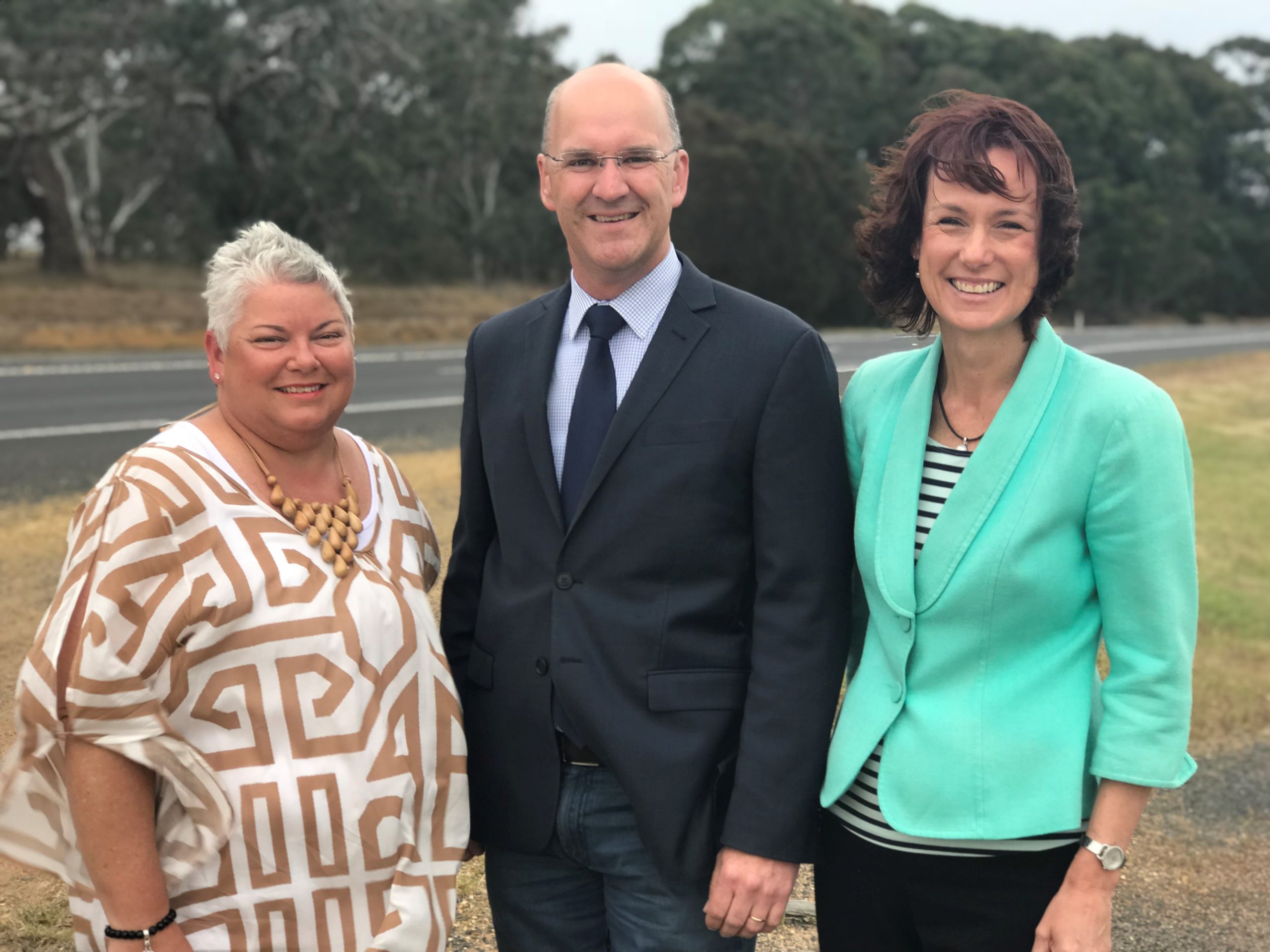 THE state Liberal and National parties have promised money for one of the two remaining stages of the Princes Highway duplication between Sale and Traralgon.

If elected, a Liberal Nationals state government will provide $9 million to complete a four kilometre section of highway between Sheepwash Creek and Flynn, east of Traralgon.

An estimated 15,000 vehicles use this section of road each day.

However, another $24 million would still be needed for works at Kilmany.

The federal government has already announced $132 million to complete the duplication, but $33 million is needed from its state counterpart.

Shadow roads and infrastructure minister David Hodgett claimed the Labor government had failed to fix country roads, with the lack of investment to finish the Princes Highway duplication leaving the project languishing.

“An elected Liberal Nationals government will get on with the job and provide the funds needed to finish duplicating the Princes Highway between Traralgon and Sale,” he said.

Nationals Gippsland South MLA Danny O’Brien said he would be proud to be part of a Liberal Nationals government that would commit to finishing the duplication, for the benefit of Sale and Gippsland communities.

“This duplication needs to happen, which is why I’ve worked closely with the community over the past three years to make it happen,” he said.

“We deserve better than Labor’s neglect.”

Meanwhile, two stages of the Princes Highway duplication between Sale and Traralgon are nearing completion.

Gippsland MHR Darren Chester said a 3.4km section at Nambrok and another 3.9km section just east of Traralgon were both due for completion early next year.

“Anyone driving from Traralgon to Sale will have noticed the section between Minniedale Rd and Sheepwash Creek Rd really starting to take shape,” Mr Chester said.

“That new section should be open to traffic early next year, which will mark a milestone 30km of duplication completed over nine stages.”

The section at Nambrok, where the highway intersects with the Rosedale-Maffra Rd, is also due for completion early next year.

Mr Chester said the federal government had provided $210 million of the $260 million for the first nine sections of duplication.

“The federal government has announced an additional $132 million to see the project finished — but is awaiting a commitment from the Victorian Labor government to allow the final stages of work to commence,” he said.

“The Victorian government is required to contribute 20 per cent of the cost, which is the $33 million shortfall.”

There are currently two sections of the Princes Highway to duplicate at Flynn, east of Sheepwash Creek Rd and west of Flynn Creek Rd, and Kilmany, between Rosedale-Maffra and Sale-Cowwarr Rds.

“Importantly, it will also provide a safer road, making the Gippsland region more accessible to visitors from Melbourne and beyond.

“We all want this important project to be completed as soon as possible, so we can start to enjoy the benefits of this major investment.