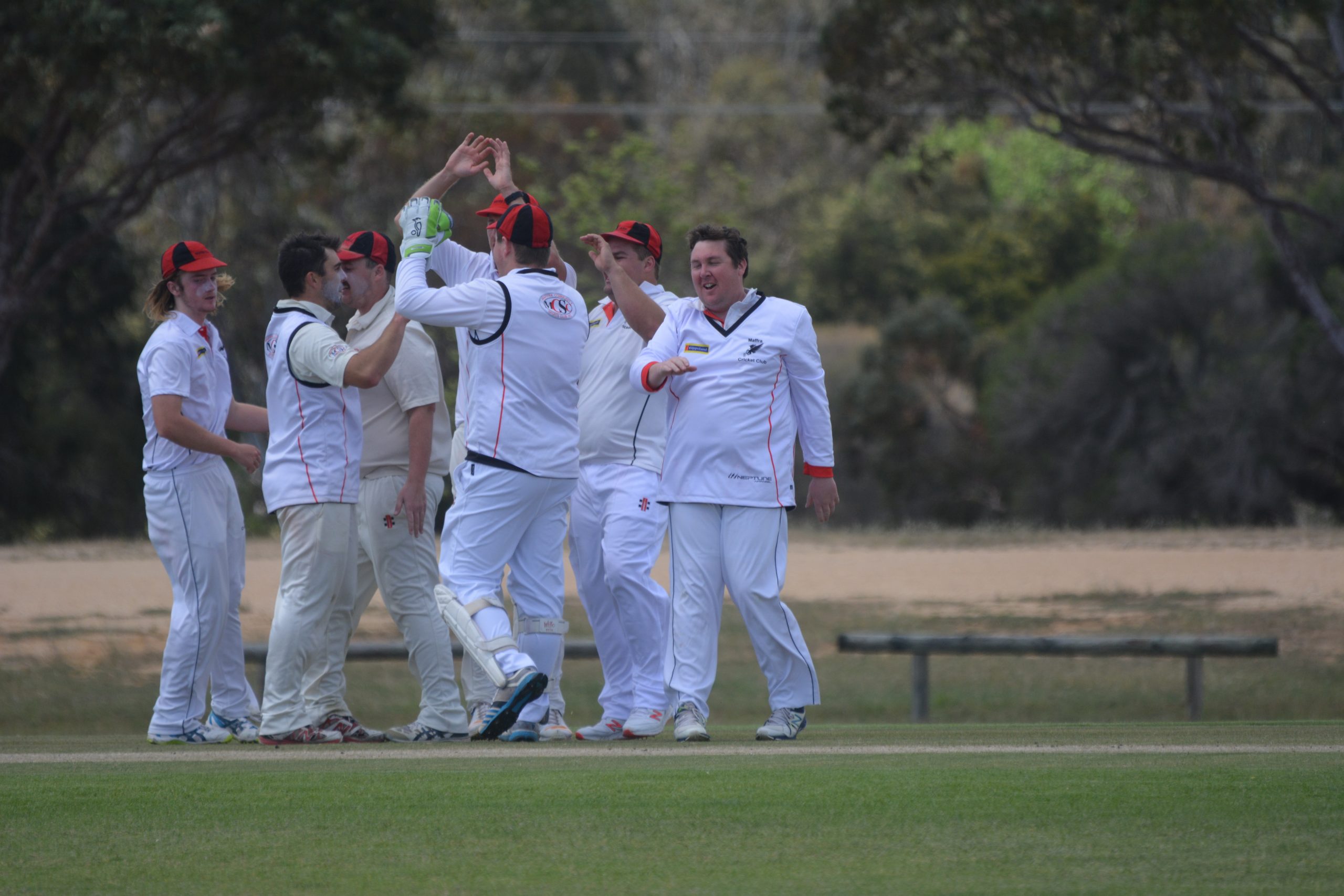 SALE-MAFFRA cricket leader Bundalaguah needs another 219 runs to defeat Boisdale-Briagolong, but the Bulls’ cause hasn’t been helped by the loss of two wickets last weekend.

The visitors will resume the match on Saturday at 2-8, with Lachie Wrigglesworth on seven and Scott Schuback yet to score.

Chasing a competitive total, early wickets on Saturday will give the Saints an advantage, but they are yet to bowl a side out this season.

ROSEDALE-KILMANY will resume its match against Stratford on 2-42, requiring 77 more runs for victory.

The Warriors are in a strong position, with Leigh Freshwater already on 26. Freshwater will be joined in the middle by Rohan Diamond, who is on three.

The Redbacks should look to attack early in a bid to prevent the Warriors cruising to victory.

Captain Jack Rietschel may need to bring his spinners on earlier than he otherwise would have to apply pressure on the home side.

The Warriors will retain their spot in the top four with victory, but are only ahead of Boisdale-Briagolong and the Redbacks on bonus points.

MAFFRA is in a good position to defeat Sale on Saturday, but victory is far from assured.

Nick Wozniak will resume on 34 and Ben Sly zero.

Third-placed Maffra still has the in-form Lee Hopkins to come, but are missing the unavailable Josh Rurwahe.

Sale opening bowlers Ben Jones and Hayden Glover can rip into the top order, putting the Eagles on the back foot as the Swans push for their first win of the season.

Jones already has a wicket in this match, as has John Mayman, who has seven this season.

LONGFORD facing a mountain as it replies to Collegians’ 351.

Batting the day out will be a key for the Lizards, who are the only side to have lost three matches this season.

Second-placed Collegians could push for outright points if it can take care of the Longford top order quickly.