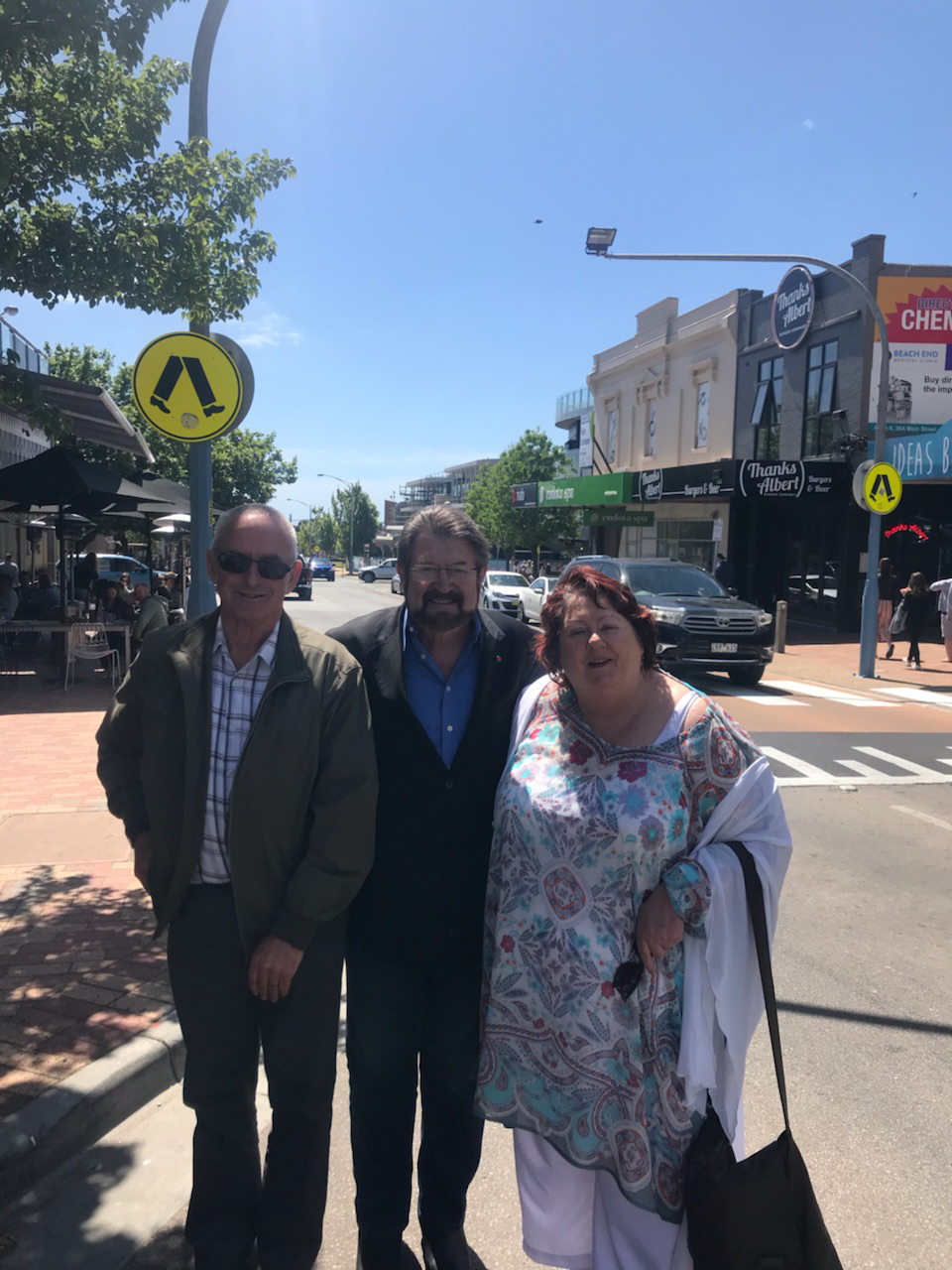 DERRYN Hinch’s Justice Party has pre-selected former long-time Sale resident Philip Seabrook from Rosebud, and Rhonda Crooks from Trafalgar, to be its candidates in the Eastern Victoria upper house region.

The candidates said they were “fully committed” to Derryn Hinch’s Justice Party’s core policies centred around improving the justice system “to ensure Victoria is a safer and better place to live”.

They added they were beholden to the community, not to any business or organisation.

He said he supported the expansion of Fulham Correctional Centre in principle, as it would provide additional employment and other opportunities.

However, he is concerned that the expansion appears not to include a secure remand section.

Mr Seabrook said a remand section should be included “to alleviate the responsibilities being placed on police to babysit prisoners on remand”.

He said after prisoners had appeared before court, it was the responsibility of the Department of Corrections to care for them and ensure appearance at future court dates.

“I am sure the police at Bairnsdale, Sale Traralgon, Morwell and Moe could well do without having this responsibility lumped on them,” Mr Seabrook said.

“Police custody officers are not employees of Corrections Victoria, and should only be used to attend to the prisoners in police custody.”

Mr Seabrook also attended the recent ‘Let’s make the Gippsland Lakes great again’ community rally in Paynesville where he addressed the gathering, saying he fully supported a ban on commercial netting in the lakes area and estuary.

He said he would like to see a “full scientific audit” conducted on the numbers and breeds of fish, and their habitat and breeding grounds.

“I’d also like to see measures taken to reduce the salt water inundation and improve the fresh water inflows into the lakes,” he added.

Mr Seabrook said he was opposed to the proposed Glenaladale mineral sands mine, as he was concerned at the possibility of contamination of the Gippsland Lakes system and possible effects on Lindenow Flats vegetable growers.

He also said he fully supported CFA volunteers, and would consult widely with as many brigades as he could in the region.

“I will be unwavering with my negotiations in support of maintaining a strong, autonomous CFA,” he said.

“I also ask that all volunteers not to be disheartened by the current turmoil, and to continue volunteering as they have done in the past, because as we know the regional and rural areas of Victoria depend 100 per cent on them to protect our communities, farms and bushland from the devastation caused by fire.”

Regarding the timber industry, Mr Seabrook said he was a strong advocate for the people and businesses of Heyfield and surrounding districts that relied on the industry for their livelihood and survival.

He said he would support any initiatives for the upgrading of local RSLs, and do his best to ensure that the RSLs in the Eastern Victoria region had a fair opportunity to apply for and receive their share of this funding and “not be ignored, as under similar schemes in the past”.

There are eight electoral regions in Victoria, with five members of parliament representing each region.

The Eastern Victoria region runs along the state’s east coast, from Omeo and Mallacoota to the Mornington Peninsula.