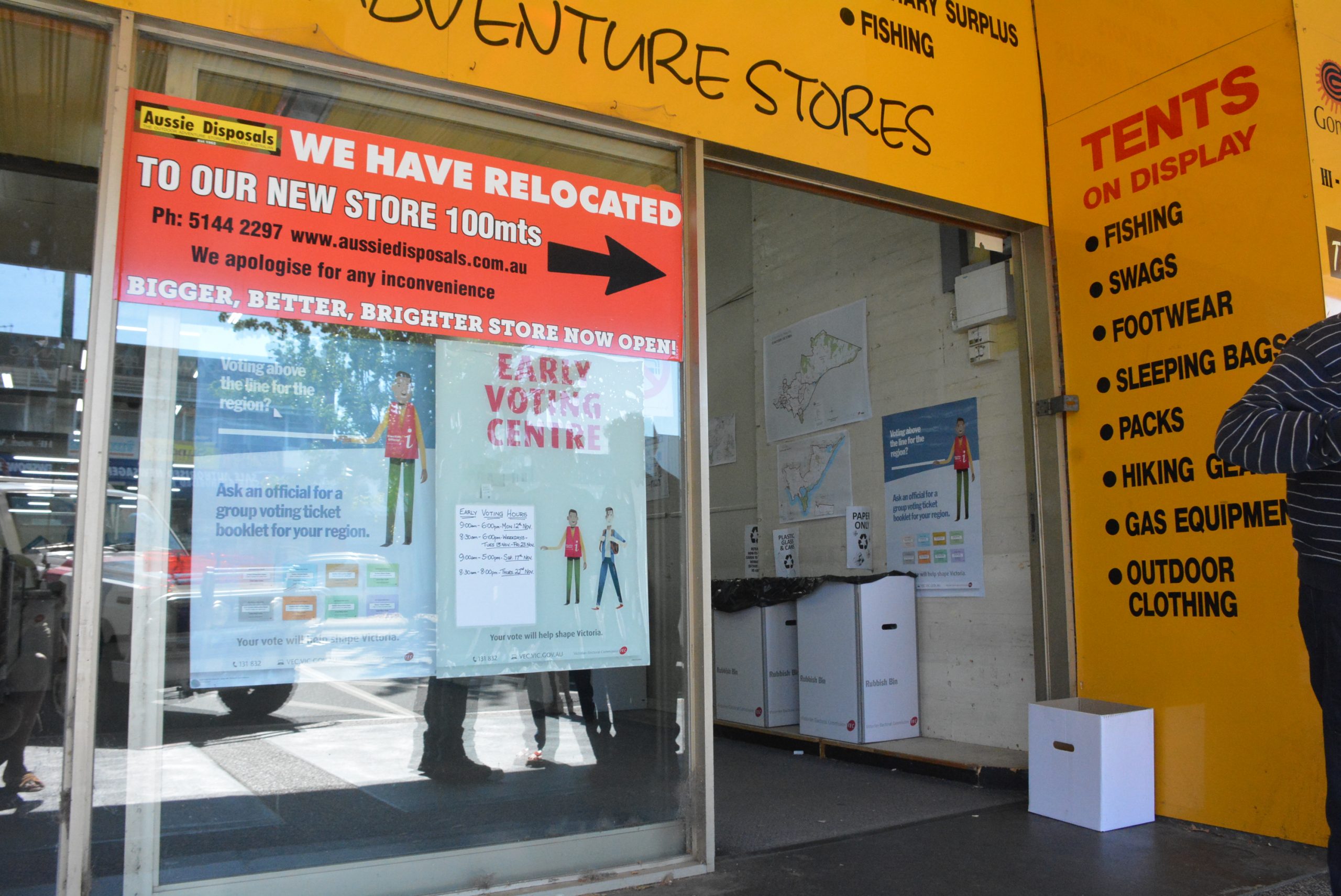 AN increase is expected in the number of people voting before state election day.

Between the beginning of early voting Monday last week to Saturday, 6725 votes had been cast for Gippsland South, and 6235 at Gippsland East.

The VEC expected the number of early votes to increase this election, based on past trends, and on legislation passed earlier this year removing the personal declaration requirement when voting early.

The centre will be open 8.30am to 6pm each day, except Thursday, when it closes at 8pm.

How-to-vote cards registered with the VEC reveal preference deals between the parties and candidates.

In Gippsland South, where only three candidates are running, both Greens and Labor are directing preferences to each other on their how-to-vote cards.

The Nationals have directed preferences to the Liberal Democrats in Gippsland East, with the Greens last of the seven candidates. Interestingly, the Lib Dems have the Nationals last on their card.

Labor preferenced the Greens then the Nationals, followed by the three independents and Liberal Democrats.

Independent Benjamin Garrett has not advised voters how to fill out their preferences, other than placing the “1” next to his name on the ballot paper.

Most attention around how-to-vote cards was the one registered by the United Firefighters Union, instructing people to vote for Labor in the Eastern Victoria upper house region, but give their fifth preference to lead candidate Jane Garrett.

Ms Garrett two years ago resigned as emergency services minister over negotiations for an enterprise bargaining agreement for paid members of the Country Fire Authority. Ms Garrett sided with the CFA board in the dispute, while Premier Daniel Andrews supported the UFU.

Both the Premier and Victorian Trades Hall have told the UFU to stop “bullying” the former minister.

Ms Garrett, who isn’t recontesting her inner Melbourne lower house seat, was given the top spot on the Labor ticket as part of a deal which saw outgoing Eastern Victoria MLC Daniel Mulino run in a safe Labor seat at the next federal election.

On the upper house ballot paper, voters can either place a “1” above the line over their preferred party grouping, or fill out at least five boxes below the line.