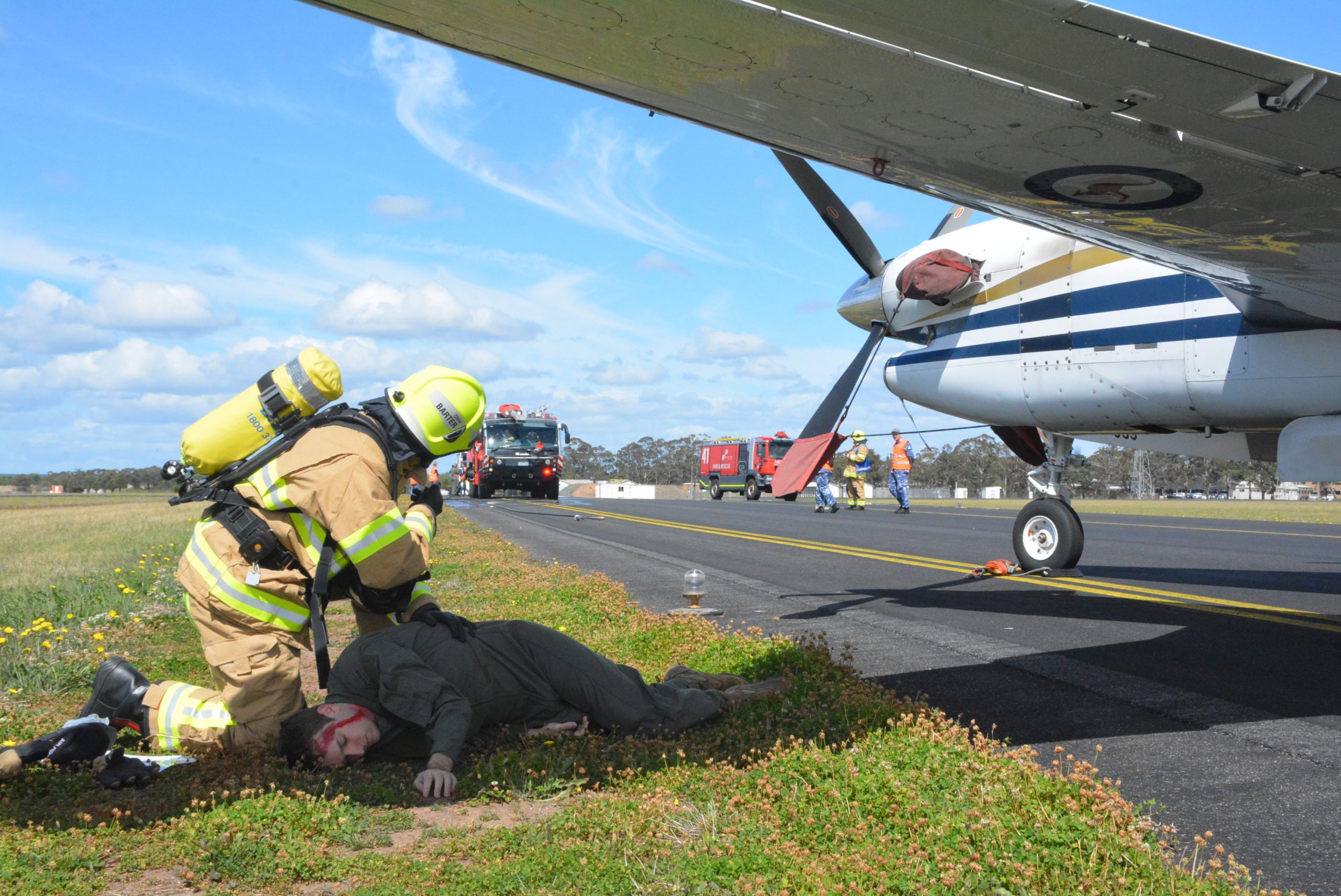 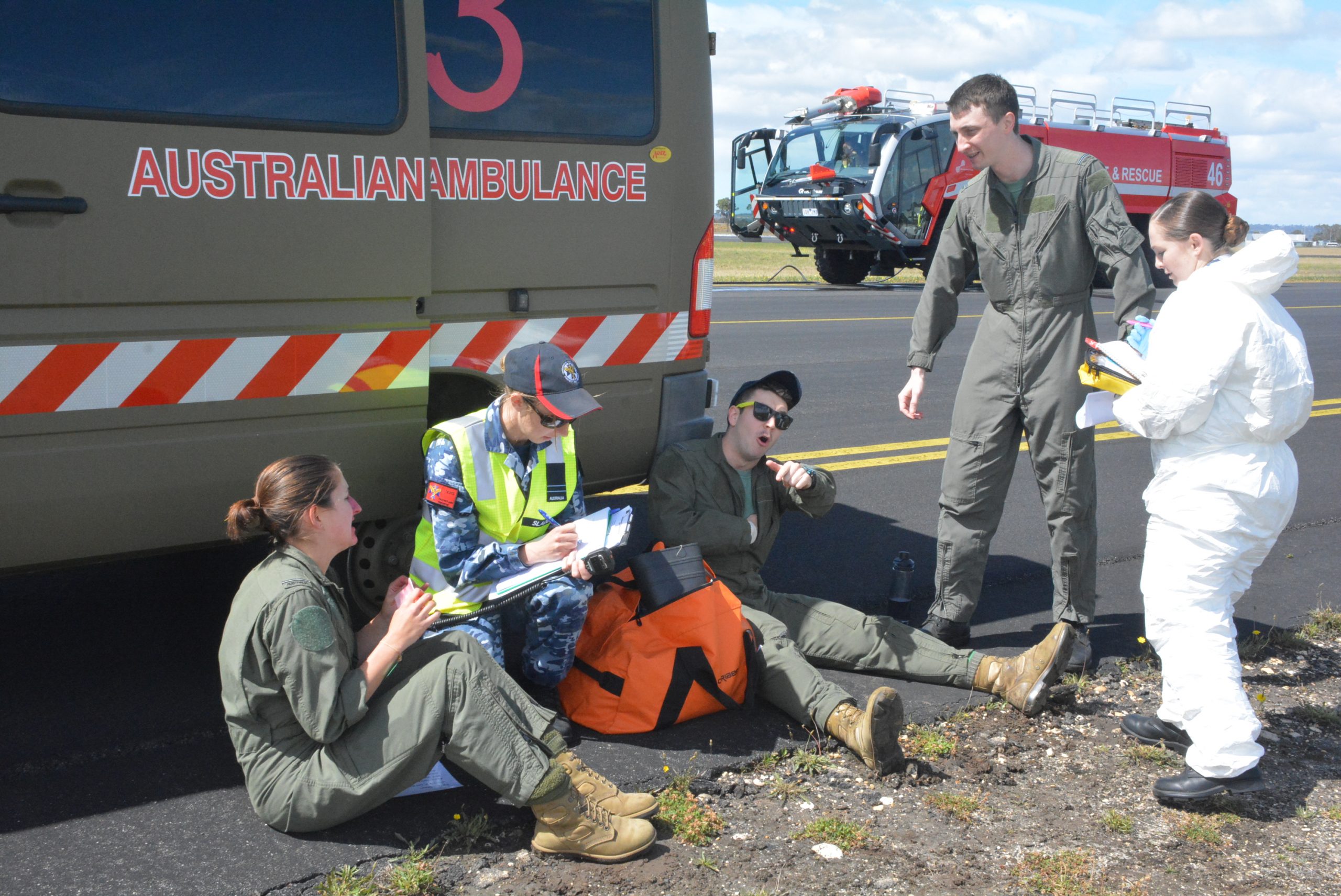 PILOT Officer Josh Hallatt wore one of his older flight suits to work on Thursday, and with good reason.

Pilot Officer Hallatt was one of a handful of Central Flying School students chosen to act out an emergency scenario, as part of an  exercise involving military and civilian agencies testing the base’s ability to respond to an emergency incident on the airfield.

Dripping with fake blood minutes before the exercise began, the young recruit cheerily informed the Gippsland Times he would be playing a passenger who had suffered a traumatic nose bleed, after a PC-21 taxied out into the path of a passenger plane as it was taking off.

A number of “passengers”, strewn about the scene began moaning, acting out shock or lay feigning unconsciousness, each with a card describing their injuries and symptoms.

The PC-21 pilot, who was supposedly on his first solo flight, was found by emergency personnel “deceased” some 300 metres away, after the simulation dictated he ejected himself from the plane.

Umpires, known as the “White Team”, worked their way around the scene, observing the response and taking notes, which will feed back into a review of the bases’ response.

While all RAAF Base personnel, as well as local emergency services and agencies, knew they would be attending to a drill on the day, they did not know exactly what time, or what the scenario would involve, to keep emergency response as authentic as possible.

The day involved precise communication and co-ordination from the RAAF Base’s Emergency Operations Centre, as well as local units from Victoria Police, Ambulance Victoria and the Country Fire Authority.

Air Base executive officer Wing Commander Martin Quirke, who in an incident like the one simulated would take on the role of Emergency Operations Centre director, said the exercise successfully demonstrated how military and civilian emergency services would contain an incident, safely deal with passengers and evacuate people  to medical assistance.

“It’s vital that we’re able to respond to incidents that we hope will never happen in reality, but if and when they do, we need to be able to  respond in an efficient matter,” he said.

“The most important thing is our ability to control the information, and control the activities on the base.”

Wing Commander Quirke said the exercise provided personnel with the practical experience of responding to an incident, identified areas for improvement and better equipped them with the skills and knowledge needed in such an emergency.

“These things never run smoothly, and that’s the point of having them — it’s a learning activity, there will be some wrinkles we will need to iron out, no doubt,” he said.

Wing Commander Quirke said his team were looking forward to further developing their working relationship with civilian emergency response agencies into the future.

“It has in the past been quite an integrated activity — that’s, for one reason or another, dropped off over the last couple of years, so we reached out to the emergency services this year, and we’ve been working closely with them leading up to this activity,” he said.