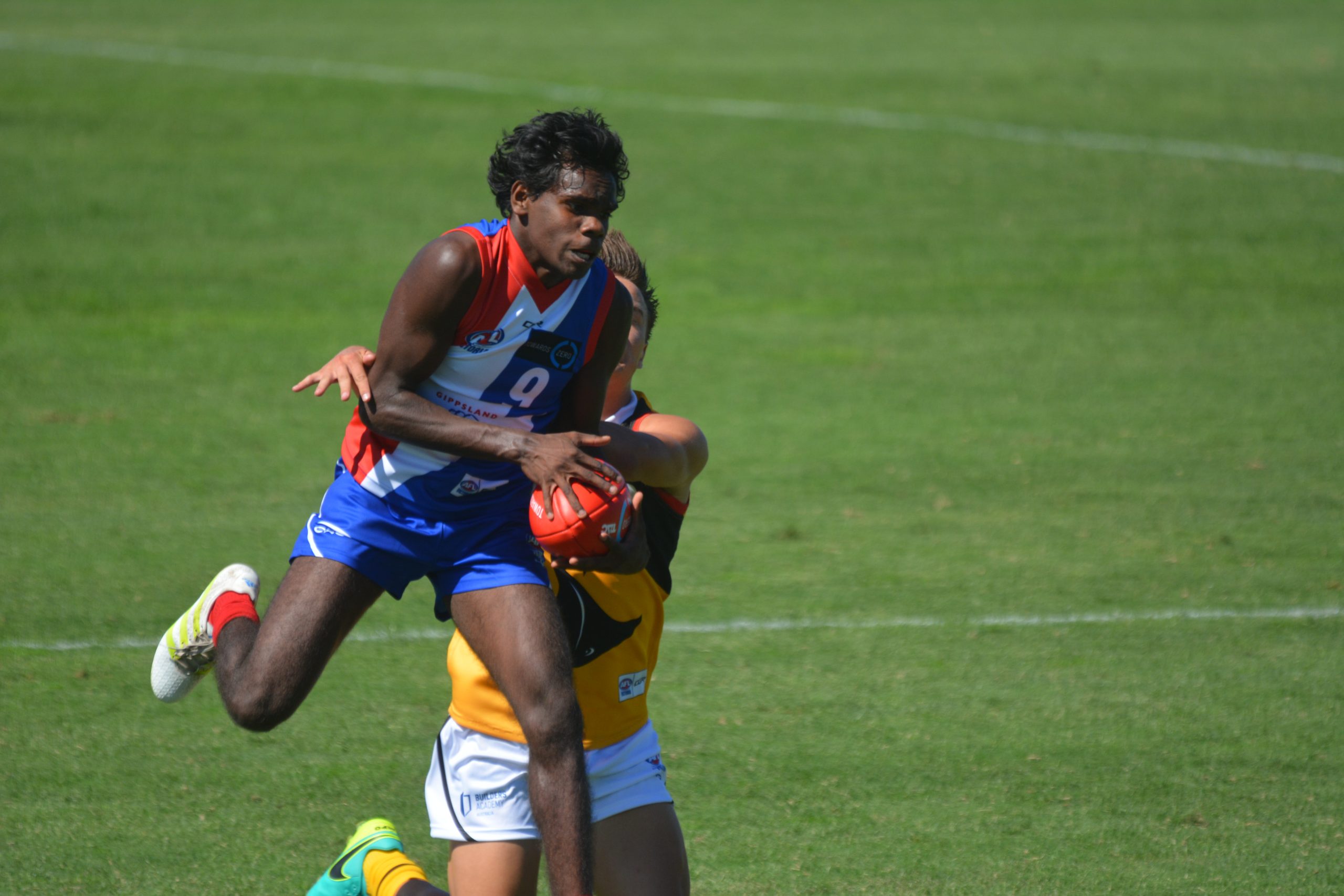 IRVING Mosquito was selected by Essendon with selection 38 in the AFL draft on Friday.

Hawthorn had rights to secure the 18-year-old small forward as part of the Next Generation Academy rules, but opted not to match the Bombers’ bid, meaning Mosquito headed to the AFL team he supports.

The Hawks would have had to give up picks 49 and 91 to claim Mosquito, and not push back its first pick to 72.

“It was a pretty nerve-wracking wait, but I’m very excited (to be drafted). I’m a Bombers fan,” Mosquito told the AFL website.

“My family goes for Essendon. I’ve supported them since I was like four or five years old.

“I just spoke to (my parents after I got drafted), they were very proud.”

Mosquito comes from Halls Creek in the Kimberley region of Western Australia, and moved to Briagolong as an 11-year-old with guardians Mick and Shane Roberts to further his education at Gippsland Grammar.

Injuries robbed Mosquito of the chance to play in the national under 18s championships, but he finished the

He had played local footy with Stratford and Maffra in recent years.

Mosquito was linked to Hawthorn through the NGA program for players from indigenous and non-traditional football backgrounds. Each AFL club has been assigned regions to cultivate players.

Mosquito was one of three Gippsland Power selected by AFL clubs, with Foster’s Xavier Duursma going to Port Adelaide with pick 18, and Warragul’s Noah Gown, also heading for Essendon, who selected him with pick 60.

Former Sale and Nambrok-Newry junior Jack Leslie was redrafted by the Gold Coast Suns in the rookie draft. Leslie had been on the Suns’ main list since being drafted in 2013, playing 28 senior games before being delisted at the end the 2018 season.