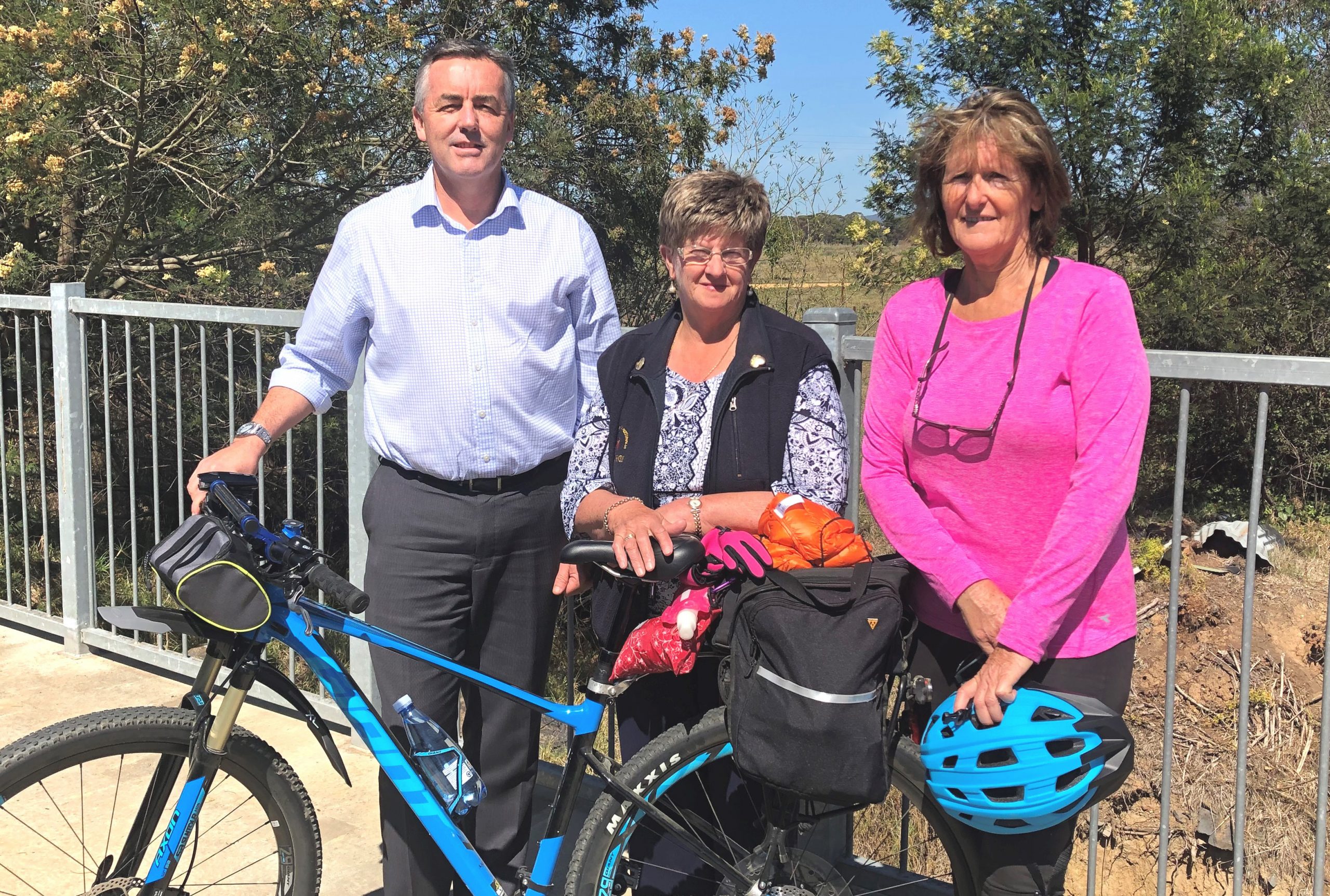 GIPPSLAND MHR Darren Chester has announced $267,000 towards a $1 million upgrade of the Gippsland Plains Rail Trail.

Mr Chester described the money as an “investment in our region and in local jobs”.

“It will increase visitor numbers to our towns, which in turn will support local businesses,” he said.

The Gippsland Plains Rail Trail stretches 67 kilometres between Traralgon and Stratford. It is the only rail trail in Victoria where users can catch a train to and from either end.

These include a new bridge over the Thomson River, upgrading the Eaglehawk Creek crossing and sealing the trail from the Princes Highway to Glengarry.

Mr Chester said traders along the trail route, including those in Glengarry, Toongabbie, Cowwarr, Heyfield, Tinamba and Maffra, received a welcome boost from rail trail tourism.

“As new sections of the trail have opened, these towns and businesses have reported steady growth in trade as the numbers of cyclists and walkers have risen,” Mr Chester said.

“Now, around 3000 people use the trail each month.

“This funding from the federal government is also an investment in the health of local people by encouraging them to get outside and explore our region and towns, whether by foot or bike.”

Gippsland Plains Rail Trail Committee of Management chairman Helen Hoppner said the funding would help the committee realise its vision for the trail.

“These works will make the trail safer and more user-friendly,” she said.

“We need to upgrade the busy Traralgon to Glengarry section of the trail to encourage access for people of all abilities.

“We’ve lobbied all sectors of government over the last 20 years to make this project happen.

“For a volunteer committee, securing this federal government funding is a significant achievement and a big vote of confidence in our work so far.”

Mr Chester said earlier this year he secured almost $980,000 for the Haunted Hills bike park project at Hernes Oak, and $1.5 million to build 81 kilometres of mountain bike trails near Omeo.