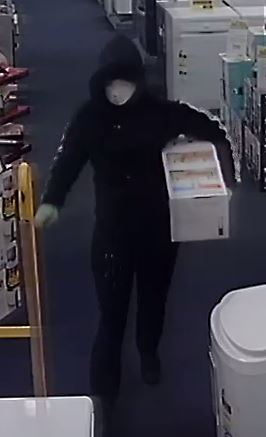 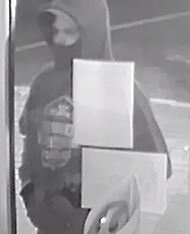 LATROBE Crime Investigation Unit detectives are appealing for information after two thieves took off with household items, including vacuum cleaners, during a ram raid in Moe.

Investigators have been told a utility, believed to be stolen, was reversed into the front doors of the Moore St business about 3.35am on November 19.

A man and woman, both wearing masks, then entered the store, taking a large quantity of goods, including a television, fans, a kettle and toaster.

The pair placed the items in the back of the ute and fled the scene.

The blue Mitsubishi Triton was later found burnt out in Trafalgar.

Police have released images and CCTV footage of a man and woman who they believe can help with their enquiries.

The woman wore a dark hoodie and pants and white mask covering her face.

The man was wearing gloves, a dark hoodie with a large logo on the front, and dark pants.

People with information has been asked to phone Crime Stoppers on 1800 333 000 or submit a confidential report online at www.crimestoppersvic.com.au.