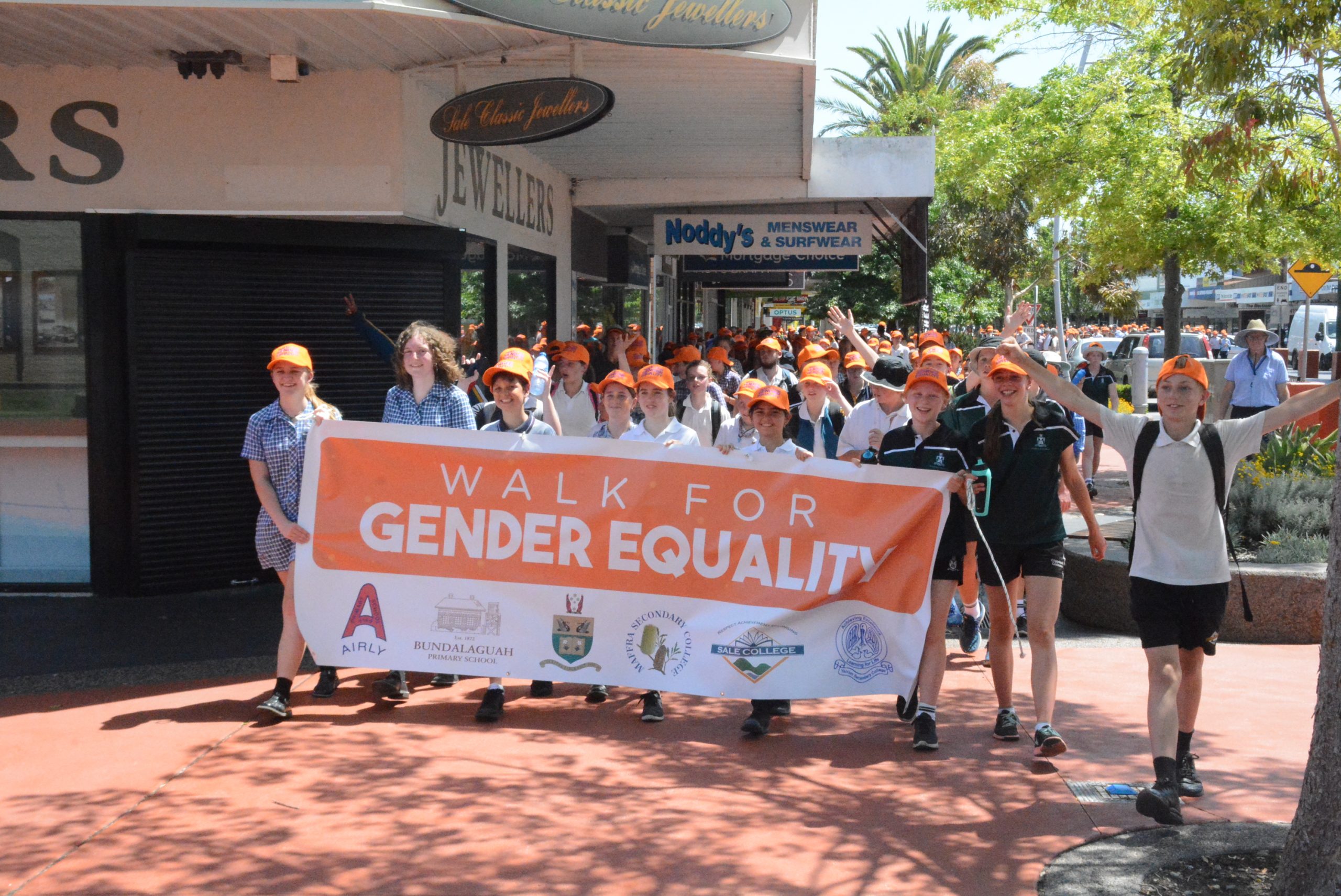 THERE was a walk for gender equality in Sale on December 7.

Fortunately in Australia gender equality is the everyday experience of women all over the country. Unfortunately some government and government-funded activists along with the naive, who aimed to support the noble sounding cause of equality, used our school children as political pawns while indoctrinating them with a political ideology.

The stated aim of the walk was to address “gender equality” as a current issue that has an impact on family violence. This interpretation of “gender equality” and the belief that addressing it in some way will reduce violence in our community, is a political ideology not based on facts.

The facts show that there are many other factors which impact in a much greater way when it comes to family violence, or “violence against women” as the activists like to call it.

I wonder why that is?

Gender equality has been a reality in Australia for some time now. When we discuss inequality, we must discuss equality of opportunity and equality before the law.

If we consider only equality of outcome, we suggest that decisions individuals make have no bearing on the outcome. Most all of the discrimination that existed against women in Australian law was dealt with in the 1970s and early 80s.

Today in Australia women have equal opportuni ty wi th Australian men to access and achieve whatever they desire according to their merit, even becoming prime minister or Governor-General, the two highest positions in our nation, just as demonstrated a few years back by Julia Gillard and Dame Quentin Bryce.

Your tax dollars and mine should not be spent on the political indoctrination of our young people nor should political activism be promoted within our schools.

A walk to promote the idea that men are bad is not what is required to reduce family violence.

It is in promoting the majority of good men and the importance of the family unit along with working with those that are dysfunctional to overcome their dysfunctions that we will see a change.