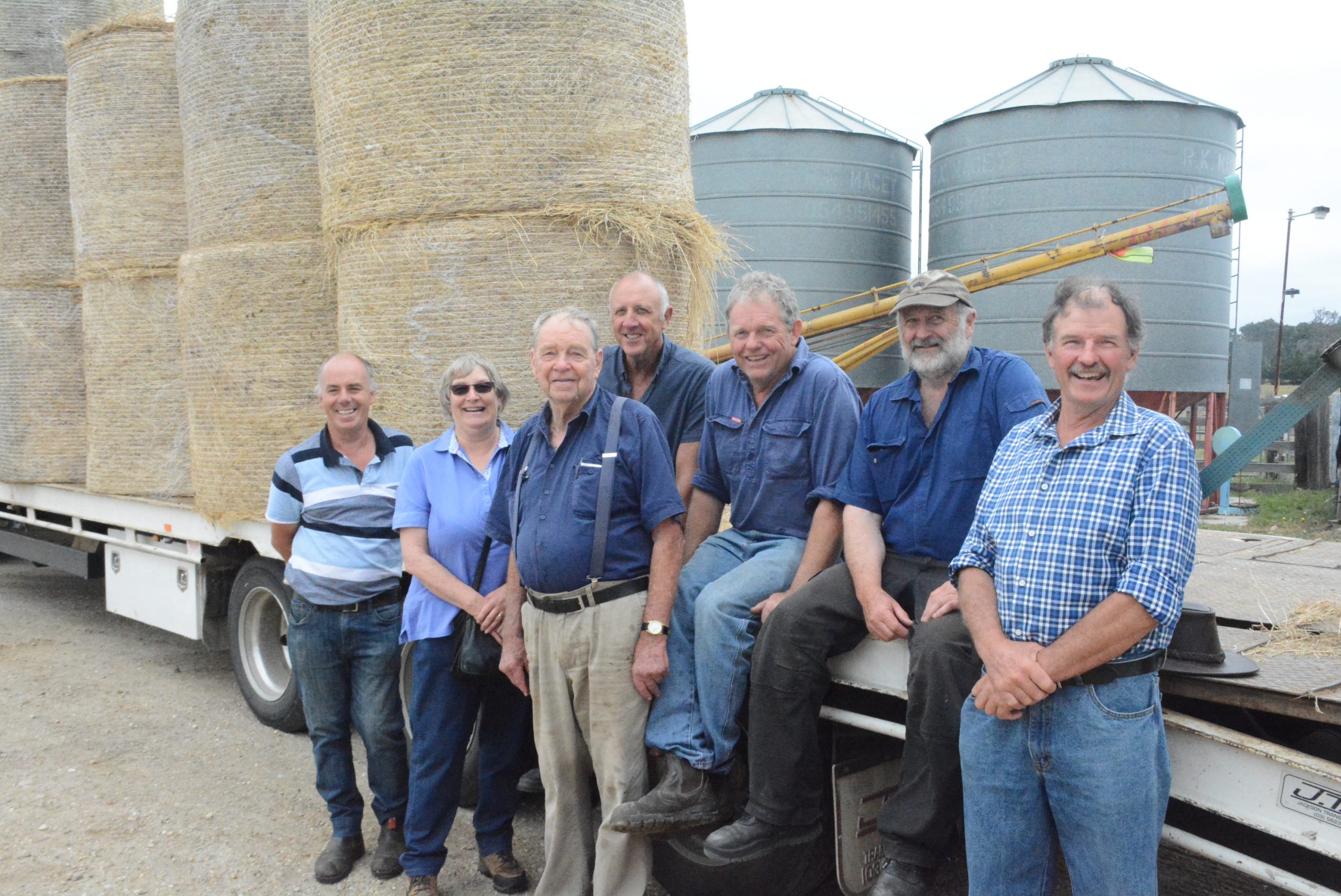 DROUGHT-AFFECTED farmers got an early Christmas present on Thursday, when more than 340 hay bales rolled into Longford.

Truck drivers, donning Santa hats, handed over the bales to the 27 grateful farmers, who have been doing it tough in Longford, Dutson, Giffard, Stradbroke, Seaspray, Woodside and Briagolong.

The hay was baled from six kilometres of roadside of the Strzelecki Highway, adjacent to the Hazlewood Power Station, as well as grass from the power station site itself.

The delivery was part of a joint initiative between Regional Roads Victoria, Fulton Hogan and Engie.

VicRoads eastern region maintenance alliance program manager Michael Flegg said the alliance identified there was an opportunity to collect the hay in the road reserve, and to put that to a higher value purpose.

“Normally in the road reserve, we would just slash it — we wouldn’t use it,” he said.

“We had a look across our road network and said where’s the best quality hay we could do?

“Generally, they’re [the farmers] have still been feeding out, and this time of year you’d hope that you have more grass than you need, but when you’re already chasing your tail this early in the year, and you’ve been feeding all year, you deplete your resources pretty quickly.”

Victorian Farmers Federation regional councillor and Giffard West sheep farmer Steve Harrison said he was overwhelmed by the support, given the Wellington Shire has been somewhat forgotten when it comes to drought support, in comparison to New South Wales and Queensland farmers.

“It’s absolutely tremendous for VicRoads to think of us,” he said.

“I think we’re all pleasantly surprised at just how many trucks actually pulled up.”

business must be from farming and they must have been feeding stock in excess of 12 months.

He added most of the farmers receiving hay had previously donated their own silage to western district farms earlier in the year, when bushfires devastated rural communities near Cobden in March — a project organised by Seaspray grazier Tony McNeilly.

Mr Harrison said other parts of the state had been getting rain through spring, so local farmers were hopeful.

“We’re hoping to get something out of this rain event — at present, it’s only just wet the concrete,” he said.

“Monday last week, there was a few big dust storms… a bit of rain can prevent that from continuing.”

Dutson farmer Russell Heywood, who reckons his 10 bales should just see the week out, said conditions on his farm were extremely ordinary.

“I farmed at Meerlieu for 20 years… and I bought my parents’ farm four years ago, I grew up there,” he said.

Up until this point, Mr Heywood has been buying hay off relatives in Sandy Point, who has been blessed with plenty of rain.

“They’re getting bogged in paddocks, and we’re having dust storms,” he said, adding the recent rainfall was “just a bit of a green pick”.

“Anyway, you’ve got to just keep going… it must get better.”