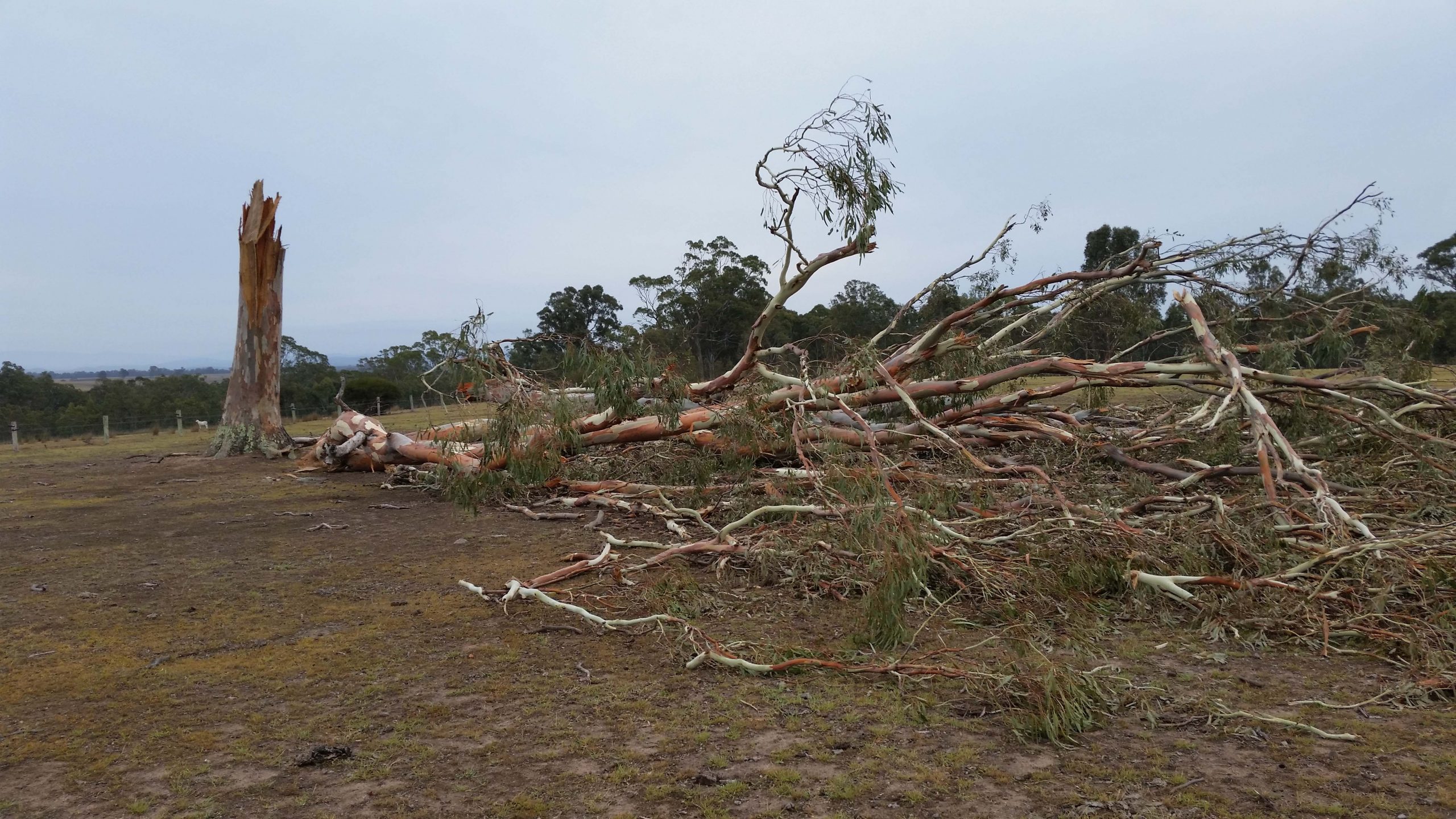 ONE house and several farm sheds were significantly damaged after a freak “micro burst” weather phenomenon struck in and around Freeman’s Lane in Stratford on Friday.

In just a few minutes over a few kilometres, the severe wind burst tore the roof off one home, destroyed several farms buildings on other properties, and ripped trees from their roots.

The extreme weather followed the cool change which hit Gippsland about 8pm, and was accompanied by lightning and about 15mm of rain that fell in the Freeman’s lane area.

According to witnesses, one shed had its roof peeled off like a tin of sardines, and several chickens were killed — possibly by lightning.

SES volunteers worked until 4am on Saturday morning to clear fallen trees and debris brought down by the winds.

An SES spokeswoman said these types of damaging winds often occurred with thunderstorm activity, and were wild but very localised.

There were no reports of injury.

“It didn’t damage our house, but it blew trees down all around us,” he said.

“When we drove down the street afterwards we just saw debris and trees everywhere.”