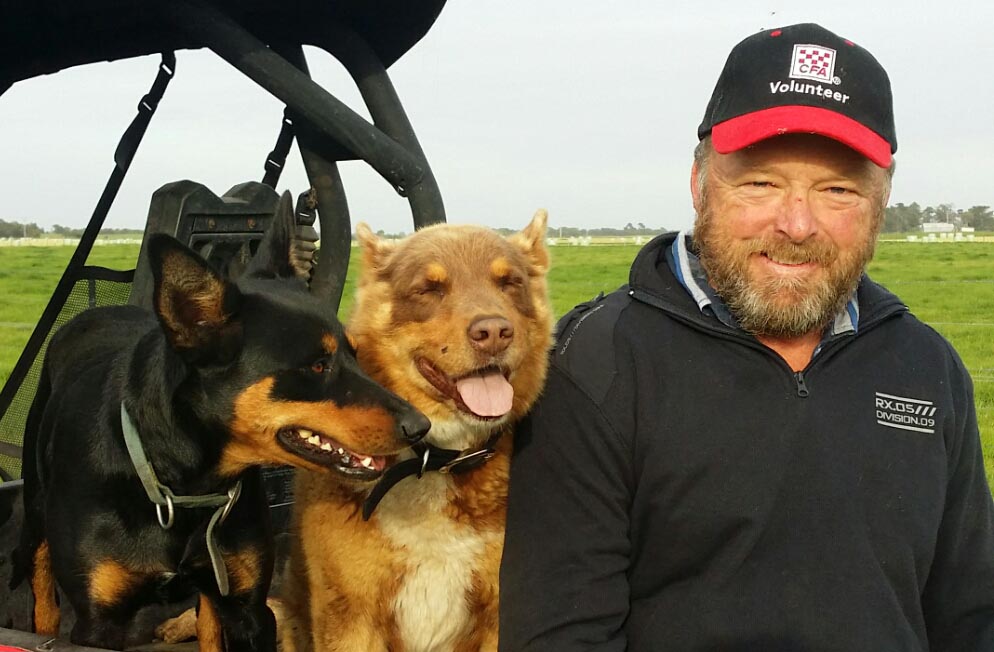 WHEN Woodside resident and CFA member Robert Wight saw the skies blackening from faraway fires near Cowwarr this week, it brought back spine-chilling memories of February 7, 2009.

Those terrible fires of Black Saturday 2009 have long been extinguished, but the memories are as vivid and real today as they were ten years ago for the CFA volunteers who fought to save Yarram.

Mr Wight, deputy Yarram group officer and taskforce leader at the Boolarra fires at the time, says it was a day he’ll never forget.

“We’ve never had a fire that size in that area, and it’s only luck that Yarram wasn’t completely burnt out,” he said.

“You just remember it, I’ll never forget it.”

The temperature in the Latrobe Valley on that day hit 46 degrees Celsius and wind gusts reached 70 kilometres per hour to create an inferno near the town of Churchill.

When those strong, hot winds blew embers over the Strezleckis to Yarram, the whole area lit up in a serious of intimidating spot fires.

Although worn out from more than a week of fighting fires elsewhere, it didn’t take long for local CFA members to jump into action.

Mr Wight knew the situation was “bloody bad”, and he and another volunteer got in a car at Boolarra and drove straight there.

Two strike teams joined them from east Gippsland and fire fighters attacked the blazes with all they had, and while one elderly resident was evacuated, nobody was injured and all homes were saved.

In other areas close to Churchill, 150 homes were razed and around 30,000 hectares of land was destroyed. Eleven pepole were killed.

“It was pretty big, it crowned, then it started to spot fire into open areas,” Mr Wright said.

“The fires of that day were the fiercest I’ve ever come across; I’ve never seen anything like it,” he said. Mr Wight said the

community response was incredible, with farmers with tractors and other people with equipment rushing to assist.

“People came out and helped, there were people making sure neighbours were safe and houses were safe, it was incredible,” he said.

The fires then moved on to Won Wron and Currajong, and it was several days before fire fighters could relax, with some blazes still burning the next week and others threatening to flare up at any time.

Mr Wight said the devastation of the Black Saturday fires would hopefully never be repeated, as fire awareness in Victoria is now at an all time high, and people are more conscious of how to keep themselves safe in times of fire crisis.

“I think the general public now understands the need to be fire aware and stay safe,” he said.

“There is better communication and better strategies in place, and people are much more prepared these days.

“Those fires were so horrific that fire awareness is in our psyche now.”

One moment of light relief on that terrible day came later on, before the fire took hold near Woodside.

“One local guy rang up earlier that day and said his beer bridge had just caught fire,” he said.

“A unit went out there and assisted, but we looked back at that later in the day and had a laugh.”